“The Princess Diaries 3” Has A Script! 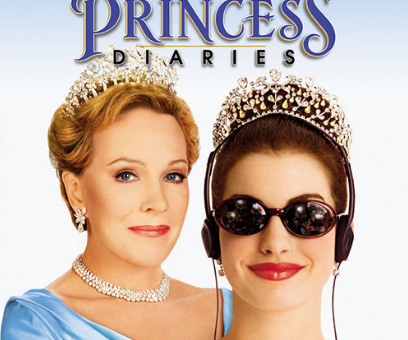 Anne Hathaway, who plays Mia Thermopolis, told People that there is a script and Jule Andrews is onboard.

“There is a script for the third movie,” the 36-year-old actress confirmed. “I want to do it. Julie wants to do it. Debra Martin Chase, our producer, wants to do it. We all really want it to happen. It’s just we don’t want to unless it’s perfect because we love it just as much as you guys love it.” Hathway continued, “It’s as important to us as it is to you, and we don’t want to deliver anything until it’s ready, but we’re working on it.”

The original film starred Hathaway as Mia Thermopolis, an awkward teenager in San Francisco who is told she’s the heir to the Genovian throne after her father dies. The sequel introduced Chris Pine to the series as Mia’s love interest.

We can’t wait to see what’s in store for Mia in the 3rd installment!