In case you missed it, Marvel finally released the Spider-Man Far From Home Trailer last week. While it appears to have hit many people as a spoiler alert to Avengers: Endgame, we, in fact, see the return of Tom Holland as the one and only Peter Parker.

The story begins when Peter joins his friends Ned, MJ and a few others on a European vacation. It appears that he leaves his Spider-Man suit behind in an attempt to enjoy a normal vacation with his friends. However, his plan is quickly foiled when his path crosses with Nick Fury and Peter agrees to help uncover the mystery of several elemental creature attacks. 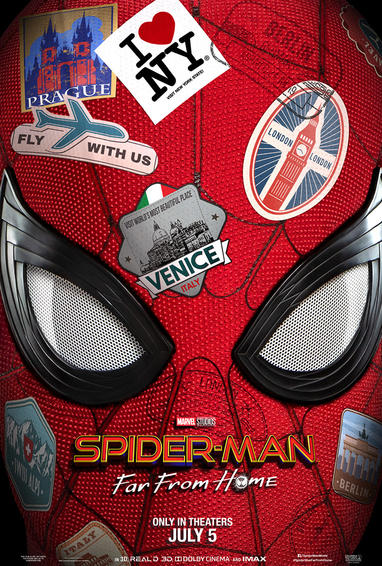 As seen in the trailer, the comic book based villain Mysterio (played by Jake Gyllenhaal) will make his debut in the film. Mysterio plays a mysterious character (a villain in the comics) who appears to be fighting Hydro-Man.  In the trailer, Mysterio seems to be fighting the elemental force and is even referred to as, “Iron Man and Thor rolled into one”. However, Mysterio may not be one to be trusted.  We’ll just have to wait and see what this film brings on opening day!

Directed by Jon Watts, Spider-Man Far From Home will appear in theaters on July 5, 2019. Sadly, this will be the final Marvel film to feature a cameo from the one and only Stan Lee.

Are you a Marvel fan? Did you know the Disney Cruise Line offers a Marvel Day at Sea? Contact me today for more info! Fill out the form below, send an email to mnugent@mickeytravels.com, follow me on Facebook, or call (716) 601-7710 for more information. As a Travel Agent with MickeyTravels (a Platinum-Level, Authorized Disney Vacation Planner) I offer a full range of complimentary planning services to make sure your Disney Vacation is everything you’ve dreamed. Let’s make your vacation extra magical!