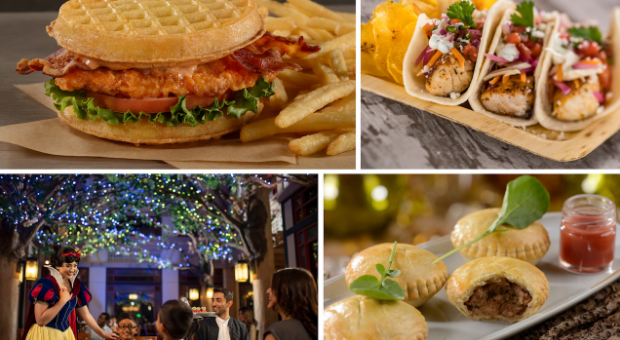 2018 was a great year for Disney foodies! With festivals, stylish color trends, celebrations, foodie guides, and incredible new openings, there is so much to reminisce about. So take a look at a few of the tasty highlights from the Walt Disney World and Disneyland Resort this past year! 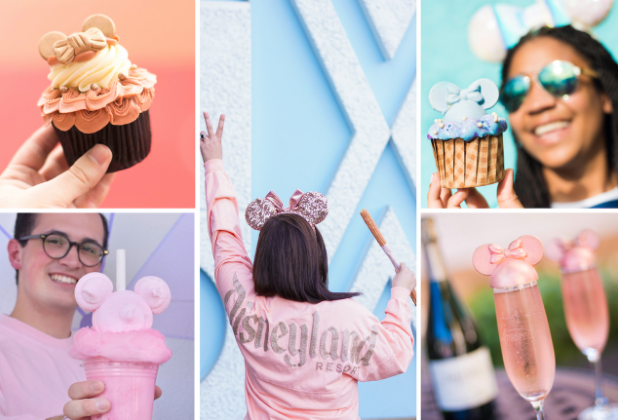 First, we kicked off 2018 with a special cupcake, which led to a whole host of treats that would be found on both coasts throughout the rest of the year. The Rose Gold Cupcake at Epcot was just the beginning – soon after, we offered up yummy rose gold treats (like the hugely popular Rose Gold Churro) throughout our parks and resorts. These became so popular, our chefs just couldn’t resist creating even more colorful goodies to match the new spirit jerseys and headbands that were being released. Millennial pink and iridescent sweets hit the parks, inspiring thousands of guests across the country to come taste for themselves (and get that perfect Instagram shot!). 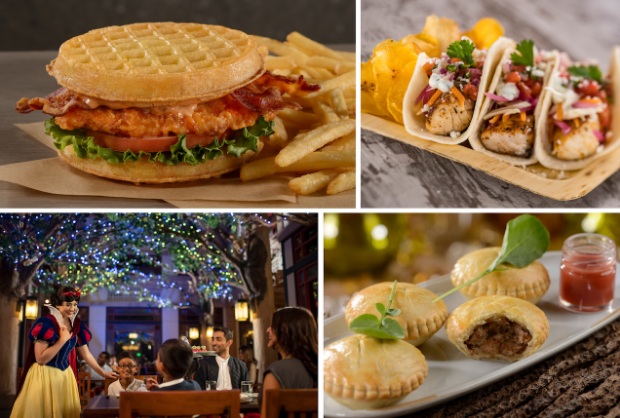 At Walt Disney World Resort, we started off the year with the opening of The Arena at ESPN Wide World of Sports Complex – which houses seven new concession stands and over 30 carts featuring all-new menus and appetizing eats. We opened Sebastian’s Bistro, Banana Cabana, and Centertown Market at Disney’s Caribbean Beach Resort as well as Spyglass Grill at Disney’s Coronado Springs Resort, which all serve up their own unique takes on Caribbean- and Latin-inspired cuisines. And most recently, we opened Storybook Dining at Artist Point, where guests can dine with Snow White and her forest-dwelling friends at Disney’s Wilderness Lodge Resort. 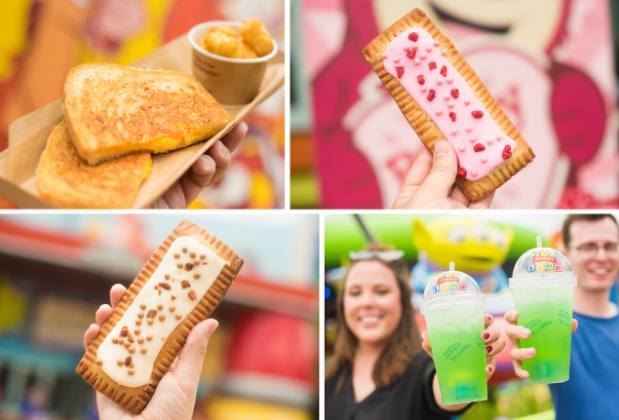 Over the summer, we joined a few of our Pixar pals in Andy’s backyard to celebrate the opening of Toy Story Land at Disney’s Hollywood Studios! With this brand-new land came Woody’s Lunch Box, a walk-up window serving cheesy sandwiches, snacks, and the popular Lunch Box Tarts (which come in chocolate-hazelnut and raspberry by the way – YUM). 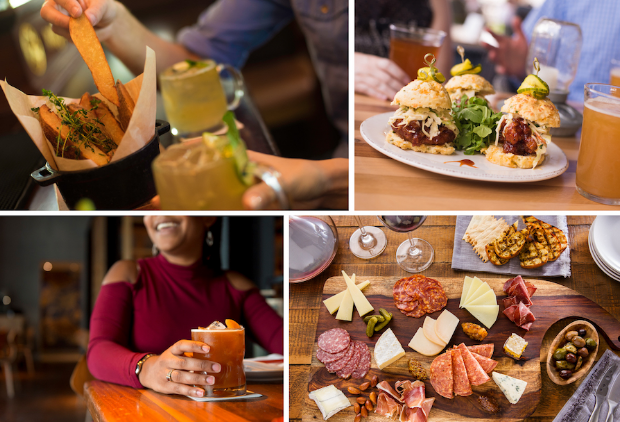 Disney Springs had quite the year with three all-new foodie experiences and the opening of several new restaurants. Experience like Bourbon, Brews & BBQ, and WonderFall gave guests the opportunity to explore different seasonal flavors with unique dishes offered at restaurants and quick-service locations throughout the shopping district. In addition, we opened Maria & Enzo’s, Pizza Ponte, Enzo’s Hideaway, The Edison, Wine Bar George, Terralina Crafted Italian, Chicken Guy!, and Wolf Gang Puck Bar and Grill this year – adding to the ever-growing list of incredible dining establishments that can be found at Disney Springs. 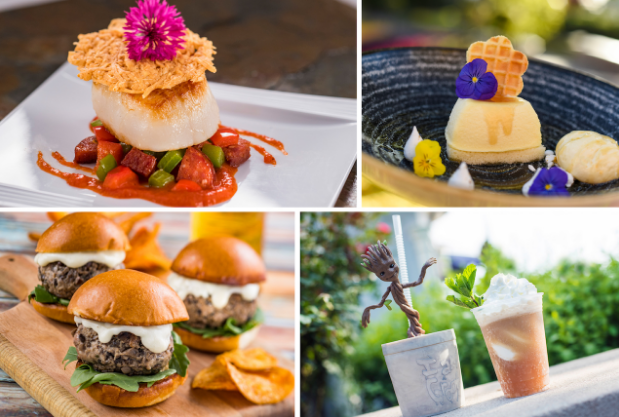 Alongside these popular celebrations at Epcot, we had a pretty Incredible Summer at Magic Kingdom Park with snacks inspired by Disney•Pixar’s “The Incredibles,” and H2O Glow at Disney’s Typhoon Lagoon Water featured some splashing new bites.

At Disneyland Resort, the Lunar New Year celebrations kicked off the new year with a bang, with dishes inspired by cultures from all over the world at Disney California Adventure park. This exciting festival was followed up by the Disney California Adventure Food & Wine Festival, which offered plates that were inspired by cuisines from all over the state of California. 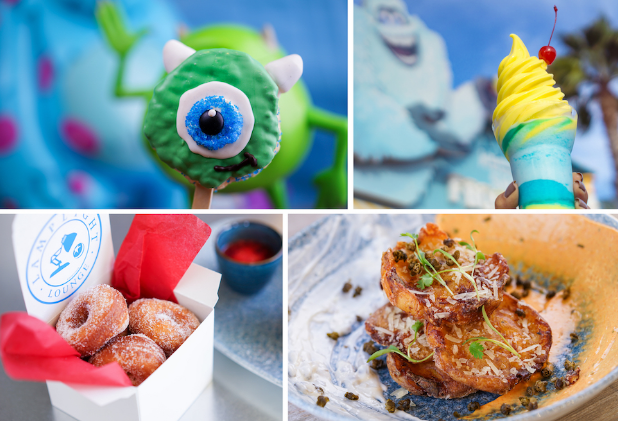 Across property, we celebrated our favorite Pixar pals with the popular Pixar Fest! This festival featured brand-new sweets, treats, and dishes that highlighted beloved characters from the Disney•Pixar stories we know and love, and acted as a preview of what was to come over the summer for Pixar Pier! In June, this new land opened at Disney California Adventure park with a few new yummy locations – Adorable Snowman Frosted Treats, Señor Buzz Churros, Jack-Jack Cookie Num Nums, Angry Dogs, Bing Bong’s Sweet Stuff, and of course, the iconic Lamplight Lounge! 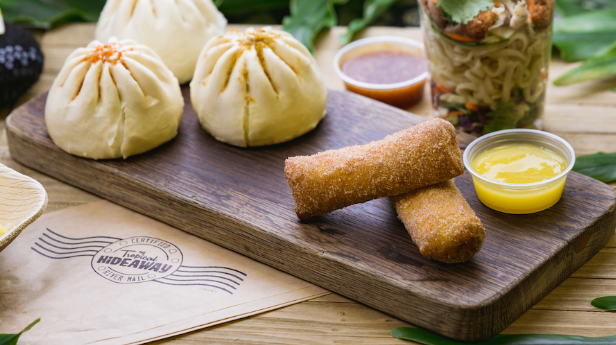 As part of an ongoing transformation of the Downtown Disney District, we had quite a few new openings and renovations including Salt & Straw, Naples Ristorante e Bar, Wetzel’s Pretzels, and Splitsville Dining Room. And at Disneyland Park, we even opened a new hangout spot in Adventureland: The Tropical Hideaway! In addition, two new character dining experiences came to the Disneyland Resort Hotels: Donald Duck’s Seaside Breakfast at Disney’s PCH Grill at Disney’s Paradise Pier Hotel and Mickey’s Tales of Adventure Breakfast Buffet at Storytellers Cafe at Disney’s Grand Californian Hotel & Spa. 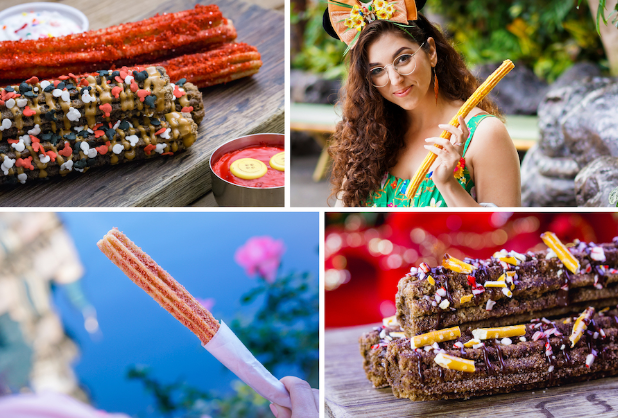 At both Disneyland park and Disney California Adventure park, mobile order was introduced to select quick-service locations allowing guests to skip the line and order that delicious Disney food from the convenience of their own phones, how cool is that? And speaking of delicious Disney food, did you see some of the AMAZING churro offerings we had this year? From cookies and cream to fruity cereal to pumpkin spice and everything nice, our chefs had a blast creating new and unique churros for every occasion this year. 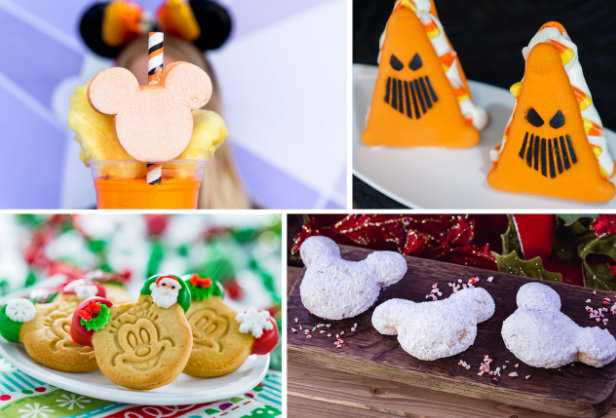 Finally, we had spectacular Halloween and holiday celebrations at both Walt Disney World Resort and Disneyland with deliciously spooky treats and delightfully festive dishes offered throughout the parks from September through December. Did you try the Candy Corn Milkshake from Mickey’s Not-So-Scary Halloween Party at Magic Kingdom Park or a Spoke-y Cone Macaron from Cars Land at Disney California Adventure park? What about one of the Shortbread Cookies from Flurry of Fun at Disney’s Hollywood Studios or a Candy Cane Mickey Beignet from the Mint Julep Bar at Disneyland park? Because they were all SO YUMMY!

Overall, it has been an incredible year for Disney Parks Food & Beverage. I’ve had such a great time sharing all of it with you, and I can’t WAIT to show you what we have in store for 2019: more restaurants coming to the Downtown Disney District and Disney Springs, Star Wars: Galaxy’s Edge opening on both coasts, new resort hotels, and more! So here’s to a whole new year full of good food, good friends, and good times. Cheers!