2019 is here, and that means the Walt Disney World Skyliner gondola system will be transporting guests high above the Resort in just a few months’ time! As if the image of the gondolas floating overhead aren’t exciting enough we’ve got a huge update for you that would even thrill a Skyliner cynic! Just a few days ago, the first of the test cars were suspended on the newly-installed wiring system, and we’ve got an exclusive first look!

The test vehicles were installed on the portion of the Skyliner that connects Disney’s Art of Animation and Pop Century Resorts. With the sun barely having broken the flat Florida horizon, my walk along Hourglass Lake was abruptly halted when I realized the rarity that I was witnessing! 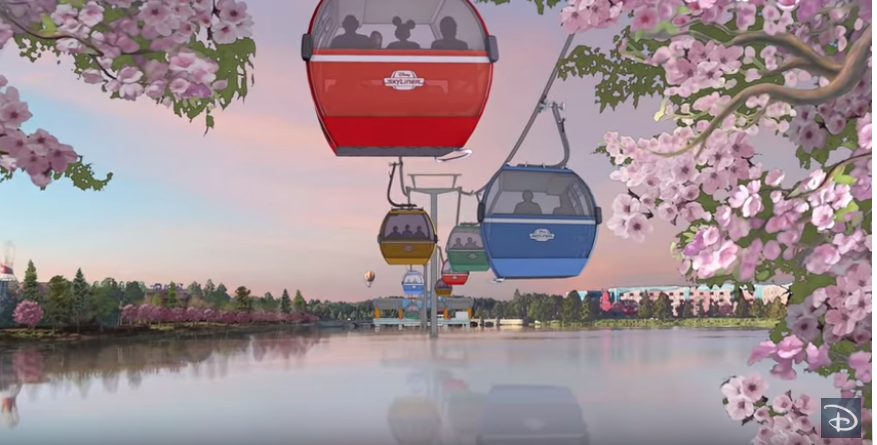 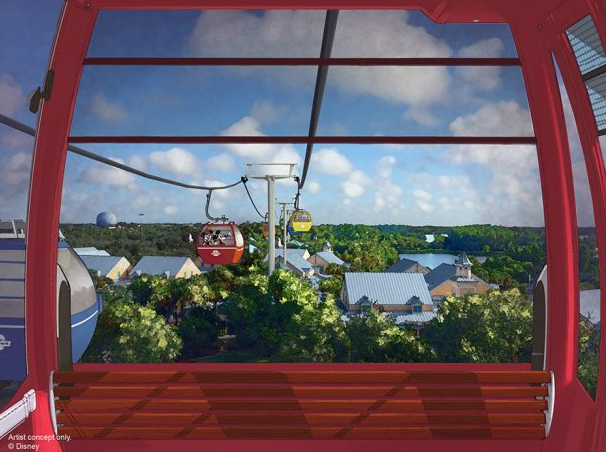 Sail Out, Soar Back 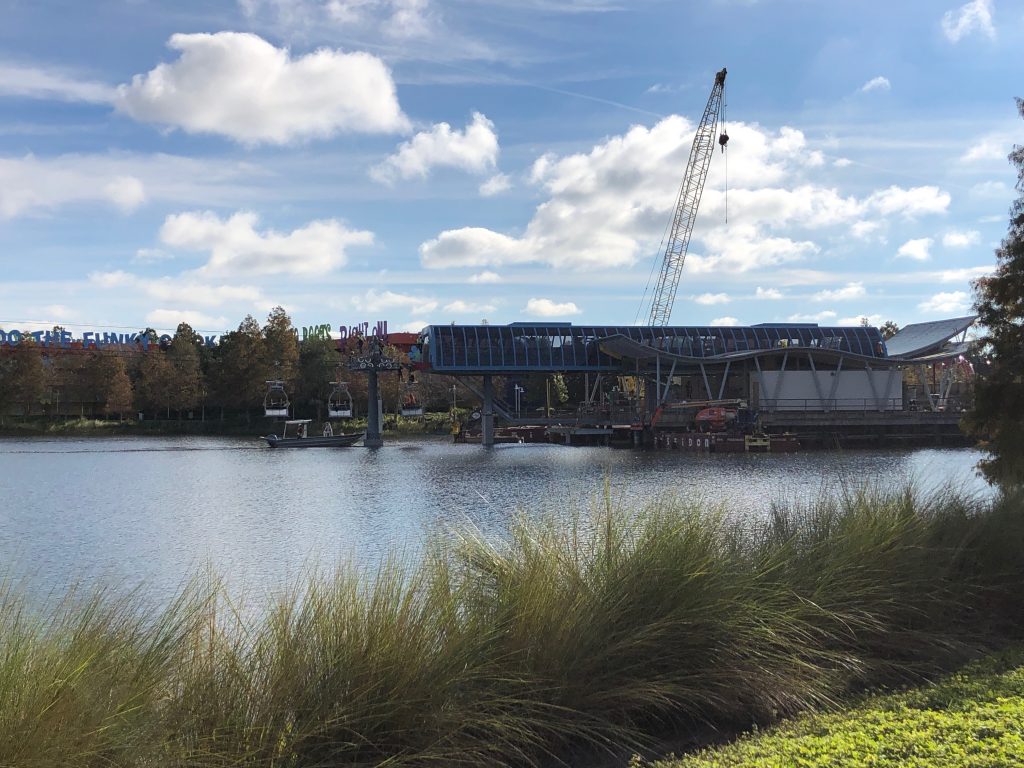 Since the gondolas that were being installed did not bear the Skyliner logo or character overlay that we’ve seen in the renderings, it’s a pretty safe bet to assume that the vehicles I saw being installed are purely for testing and construction purposes. 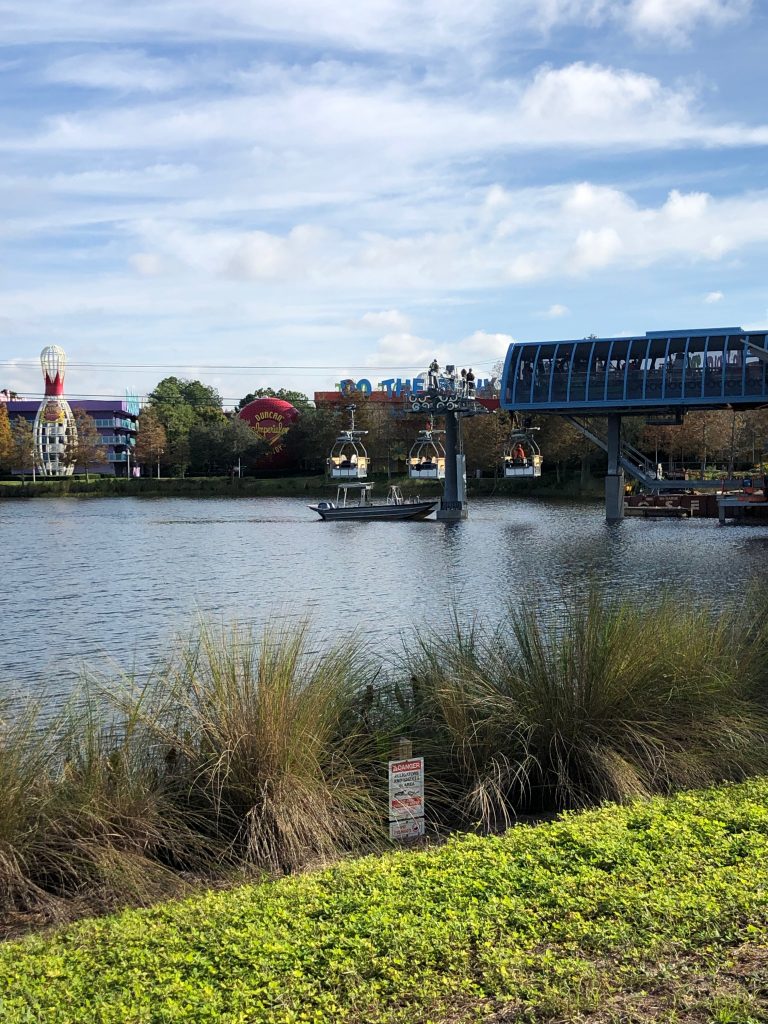 With portions of the infinite loop around Hourglass Lake impassibly siphoned off and boat activity abounding, I knew that I was witnessing anything but an ordinary morning along the lake. An unmarked boat slowly made its way across the lake and was met by many hands at the Skyliner construction site.

Since this section of the Skyliner is in fact being constructed over an existing body of water, water taxi is the only way to get large pieces of building materials from land to the workers who are positioned over the water. 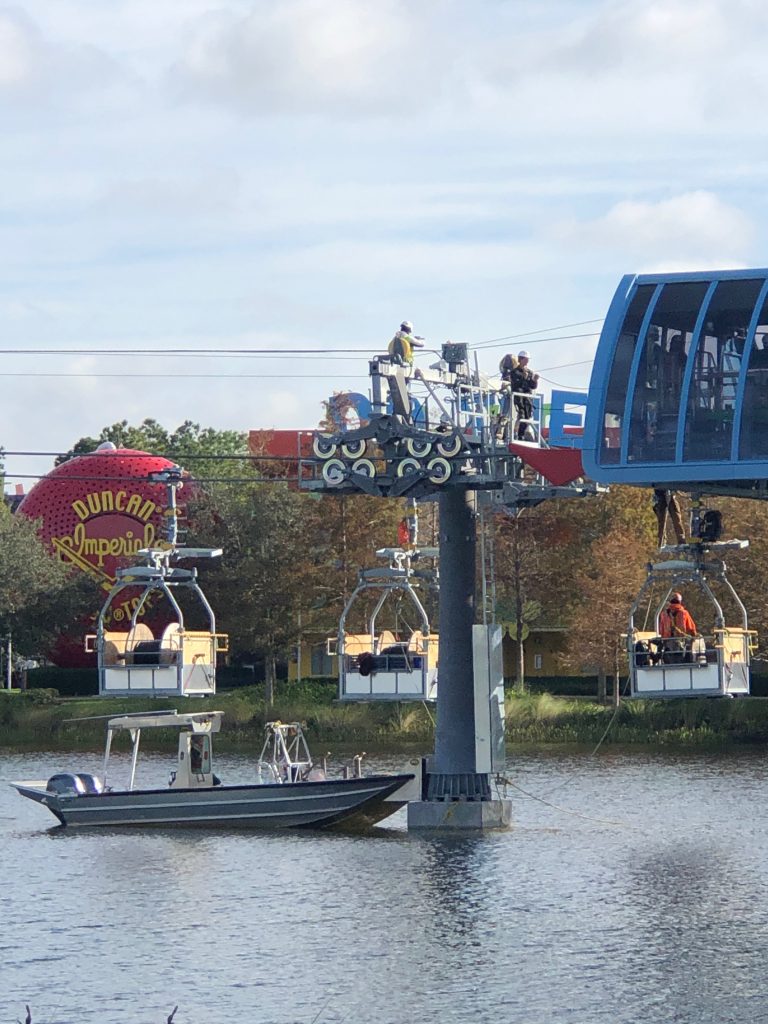 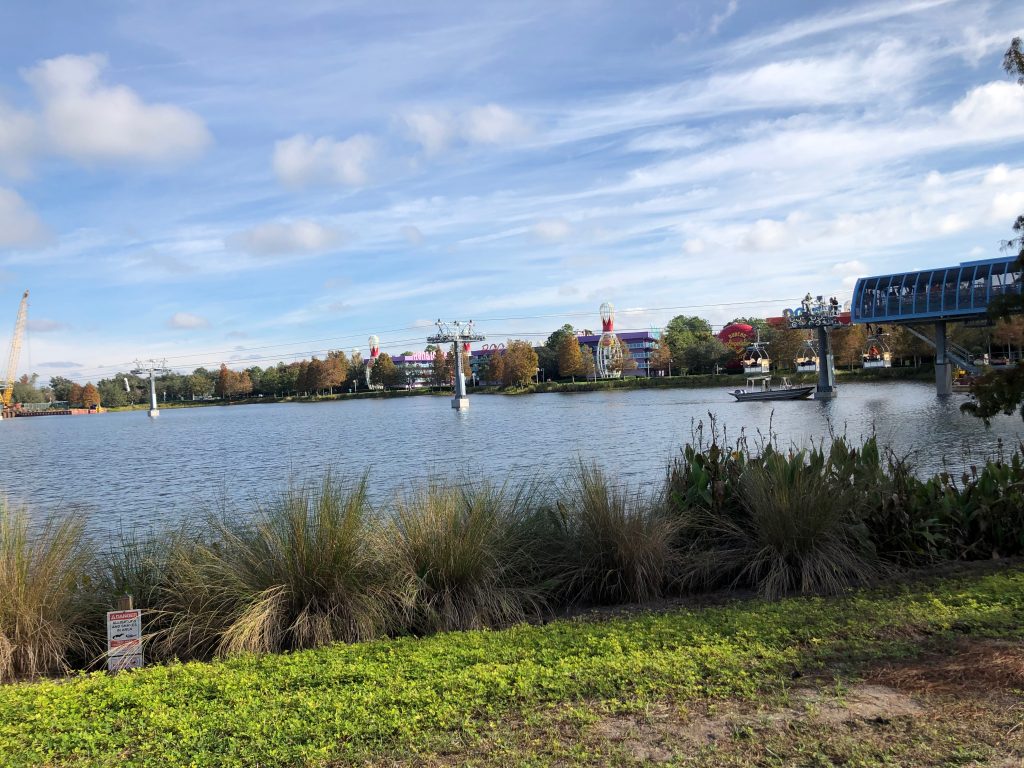 Gondolas are hanging, and it won’t be long before we see tests of the system taking place right before our eyes! Until then though, there is still plenty of construction work to be completed! The test cars will likely be used not only for a systems test, but for continuing work on parts of the system that can’t be done without the suspended car hanging from the wires. 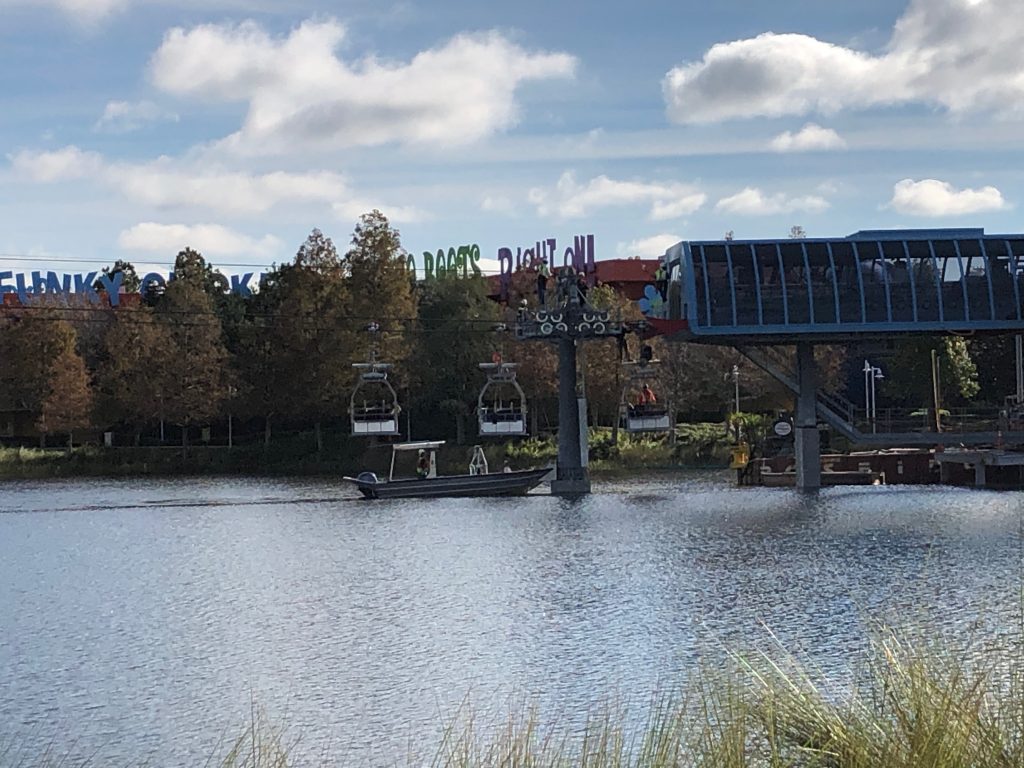 I for one can’t wait to see the gondolas up and running, and I REALLY can’t wait for my chance to board a car and fly above Walt Disney World Resort in 2019! This new mode of transportation will ensure easier navigation for guests like us, and I’m not the only one who can’t wait for a ride! Are you looking forward to the opening of the Skyliner? What aspect are you most excited about? Leave a comment below and we’ll start a conversation! 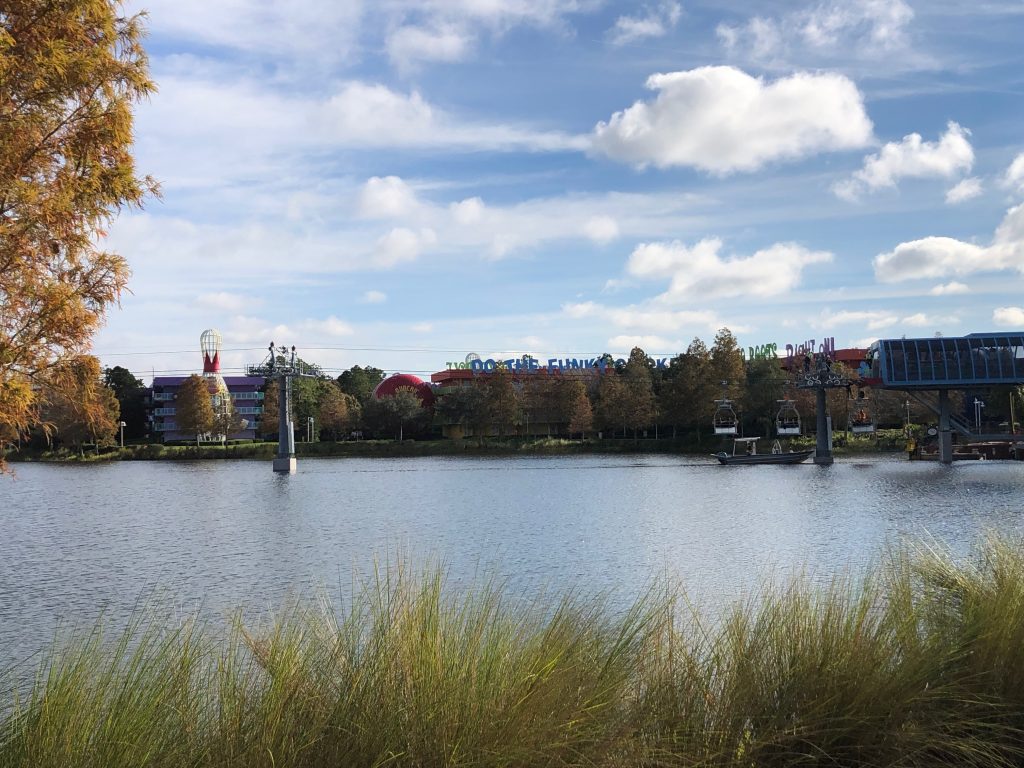