I hope you’re not attached to 2018, my friends, because it’s almost over. With 2019 only days away, The Walt Disney Company is anxiously anticipating one of its biggest and most important years ever. With Star Wars Land opening on both coasts, park traffic will likely be historic.

But Disney isn’t resting on its laurels. To the contrary, they have lots of projects in the pipeline. Let’s take a look at some of the hottest Disney rumors right now! Our focus today is the future of Future World.

The Future of Future World

A couple of months ago, MickeyBlog reported on the rumored renovations at Spaceship Earth. Park insiders believe that Disney wants to overhaul the current ride attraction, modernizing it with 21st century technologies. The tantalizing corollary to this rumor is that it’s just the tip of the spear.

Since Spaceship Earth is the first landmark that people see as they approach Epcot, it’s a critical component of Future World. But the harsh reality is that the entirety of Future World could use a lot of work. In recent years, Disney has closed more attractions than it’s opened. 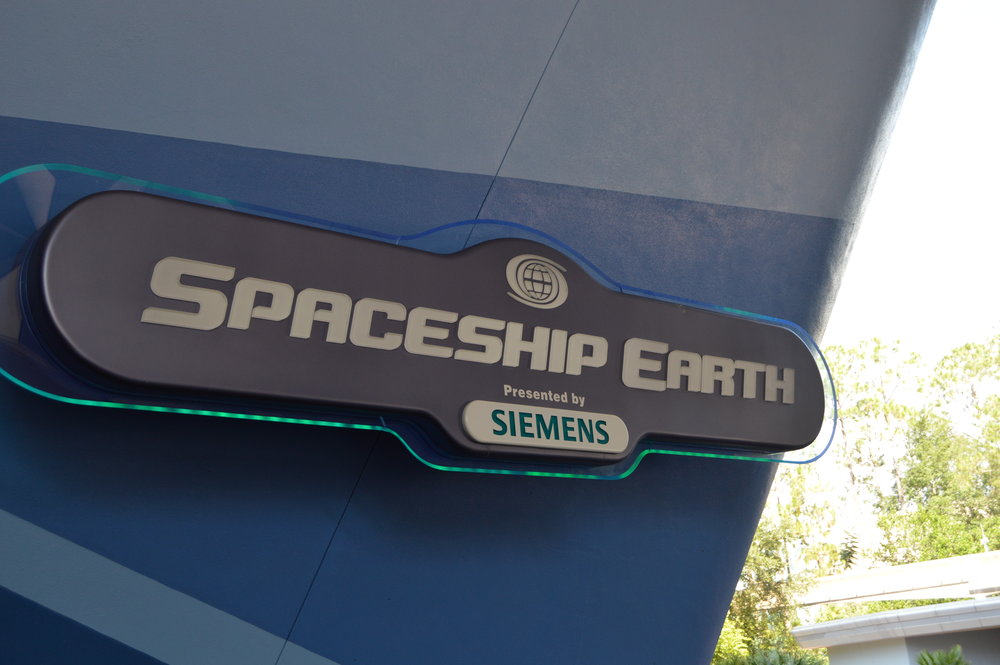 While the upcoming Guardians of the Galaxy roller coaster is an anchor E-ticket ride, Future World will still have a lot of largely abandoned buildings. And at least a couple of the ones in operation are in desperate need of upgrades. 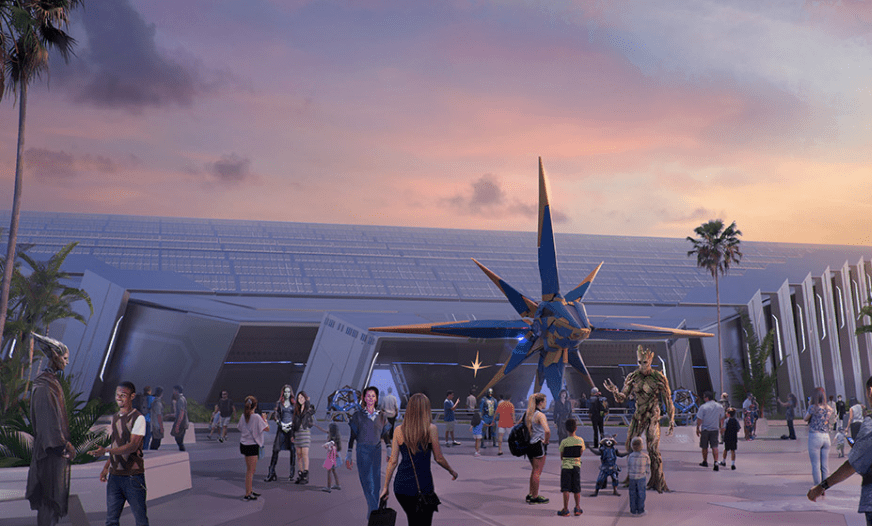 Rumors abound that Disney is ready to pony up lots of dough to freshen up Epcot. We’re not talking about a few coats of paint, either. Privately, the company has set a budget of as much as $2 billion to renovate Future World. No, I don’t mean $2 billion for the entirety of Epcot. That money is exclusively for Future World, the themed land at the front of the park.

What could Disney do with that much money? Obviously, a Spaceship Earth reboot will take a lot of money. Another area certain to receive an overhaul is the Fountain of Nations. Well, it’s more extensive than that. 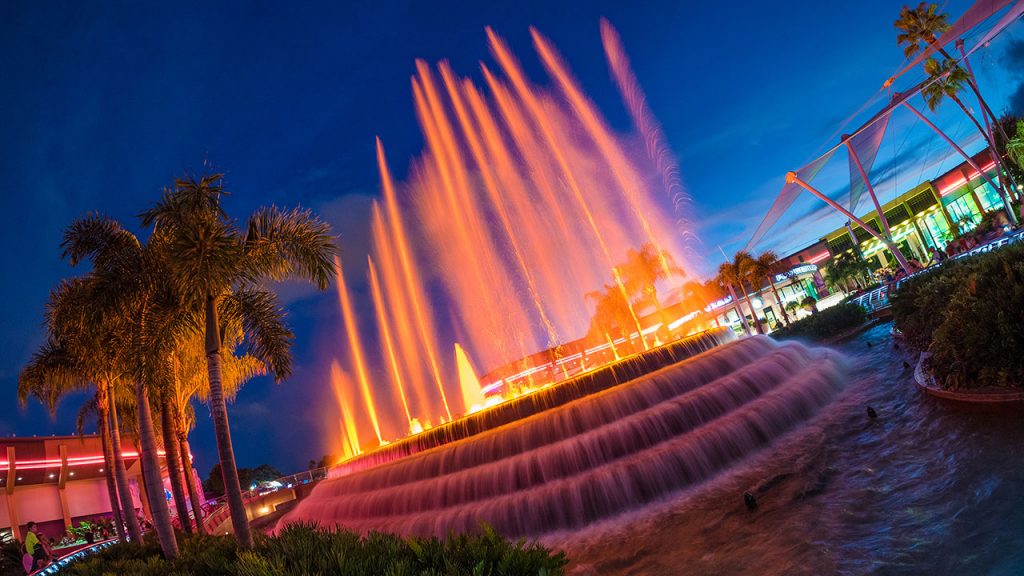 A plan under consideration would stretch a line of fountains all the way from Showcase Plaza into Future World. A “spine of fountains” is the term consistently used by people with direct knowledge of the situation.

This project is almost certain to occur. We can read the tea leaves on it due to Disney’s recent decision to move Innoventions character meetings to a new location. 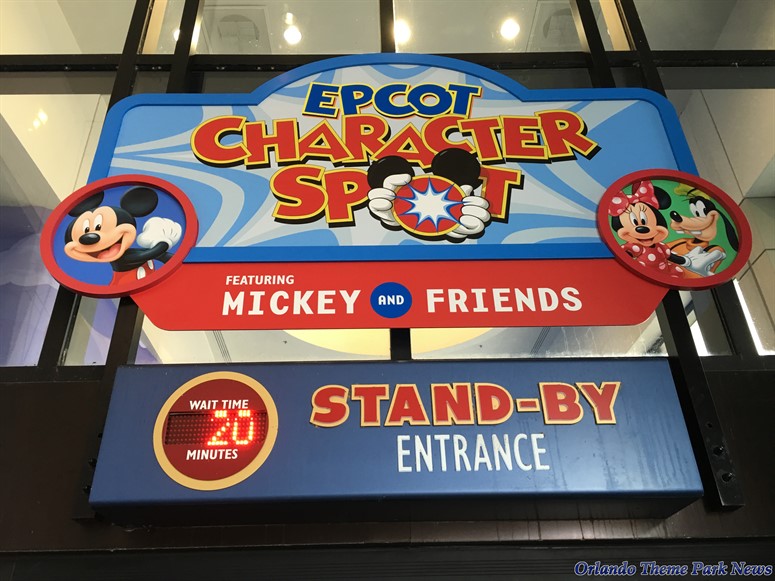 The current Wreck-It-Ralph/recent Baymax spot and the semi-permanent Inside Out one are allegedly headed to the Imagination! Pavilion. Why is Disney making this change? To create the “spine of fountains” and other changes at Future World, they’ll need to tear down Innoventions.

The target date for these new looks is 2023, meaning that Innoventions likely has only a year or possibly two left. It could also get torn down much sooner. Fans of this place should visit sooner rather than later just to be safe. 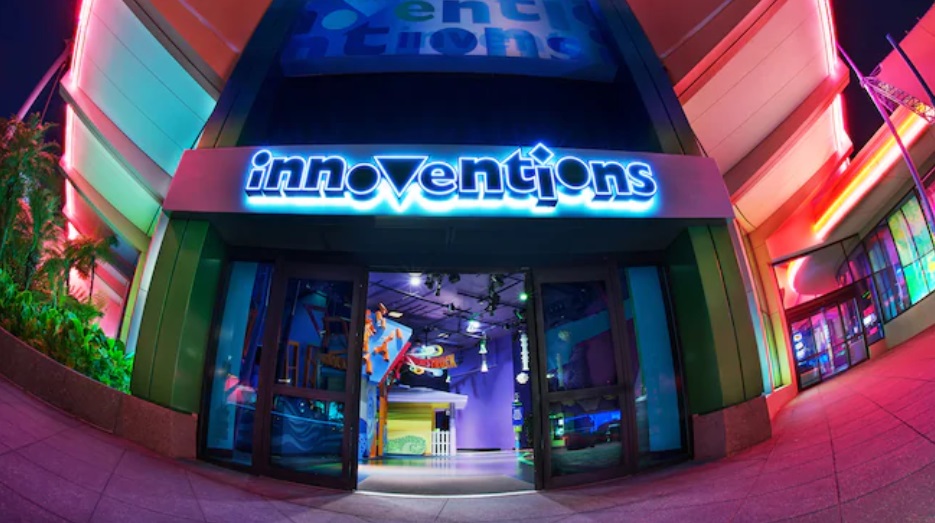 Two other core parts of Future World are a continued black eye to Disney. As I’ve referenced many times, park officials utilized D-23 2017 as a platform to address almost every frequent criticism about Disney parks. The perceived weak links like Disney California Adventure and Disney’s Hollywood Studios received massive upgrades to strengthen their appeal.

At Epcot, the original pavilions are the pride and joy of many Disney fanatics. Tragically, some of them are currently unused while others aren’t exactly meeting their envisioned ideals. The Wonders of Life Pavilion certainly isn’t wonderful. In recent years, it’s hosted the Festival Center for Epcot…and that’s about it. 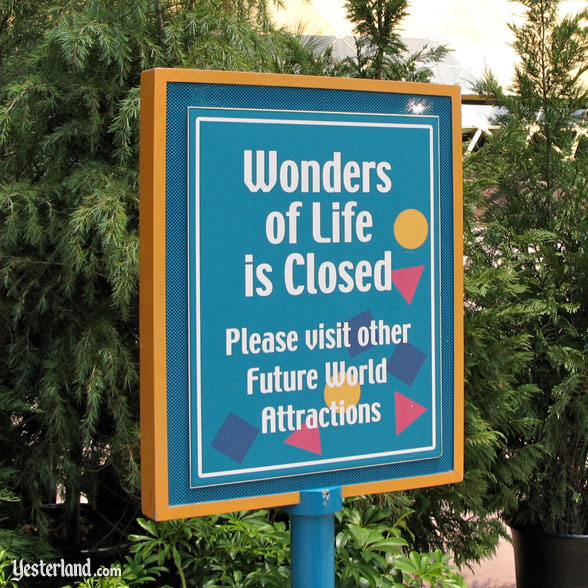 Imagineers wince at Wonders of Life’s state of disrepair. Believe it or not, rumors persist that it could rise like a phoenix from the ashes one day, but that day is apparently not coming soon. Disney posted jobs early in 2018, and one of the listed tasks involved construction work in the pavilion. Beyond that, Disney hasn’t currently directed any significant resources toward additions here. So, it’ll remain in its current state of half-life for at least a while longer.

Epcot’s Imagination! Pavilion is in a different situation. It’s open and not without its charm. Journey into Imagination with Figment is a divisive but child-friendly attraction. The introduction of the character meetings with Ralph and Joy/Sadness will add even more appeal to the pavilion, presuming that this rumor becomes a reality…and I’m pretty confident that it will. 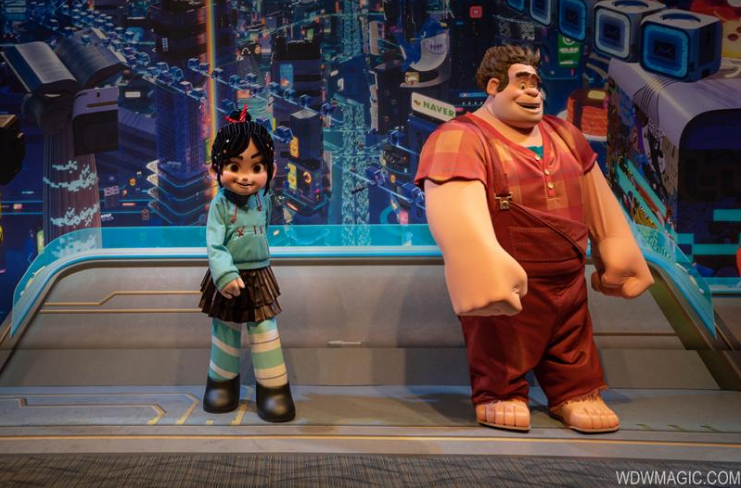 To Disney critics, the Imagination! Pavilion has one ride that many would argue is less than its original version and an upcoming character meeting. That’s…not great. A longstanding rumor is that Disney will create a fourth version of the Figment attraction. In this scenario, they’d almost certainly bring back the Dreamfinder. But a different rumor involves Inside Out.

You probably know that Disney is already building an Inside Out attraction. Disney California Adventure will open Inside Out Emotional Whirlwind at some point in 2019, which is a repurposing of Maliboom’s space and the infrastructure of Flik’s Flyers. 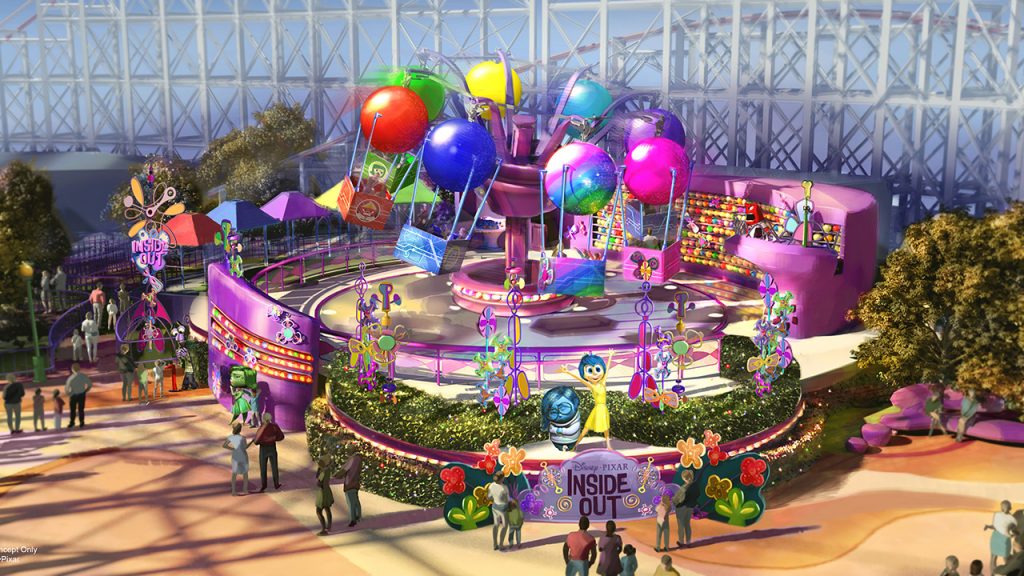 In other words, it’s a modest attraction in scope and tiny one in cost. At the Imagination! Pavilion, park planners have toyed with the notion of building something more impressive and worthy of the pavilion’s core concept.

To create this attraction, they’d likely need to close Journey into Imagination, though. And that’s a potentially controversial proposition. While many people, myself included, believe that the two “plussing” attempts at Figment have fallen short of the original attraction, I don’t know anyone who likes the idea of an Epcot without a Figment ride. 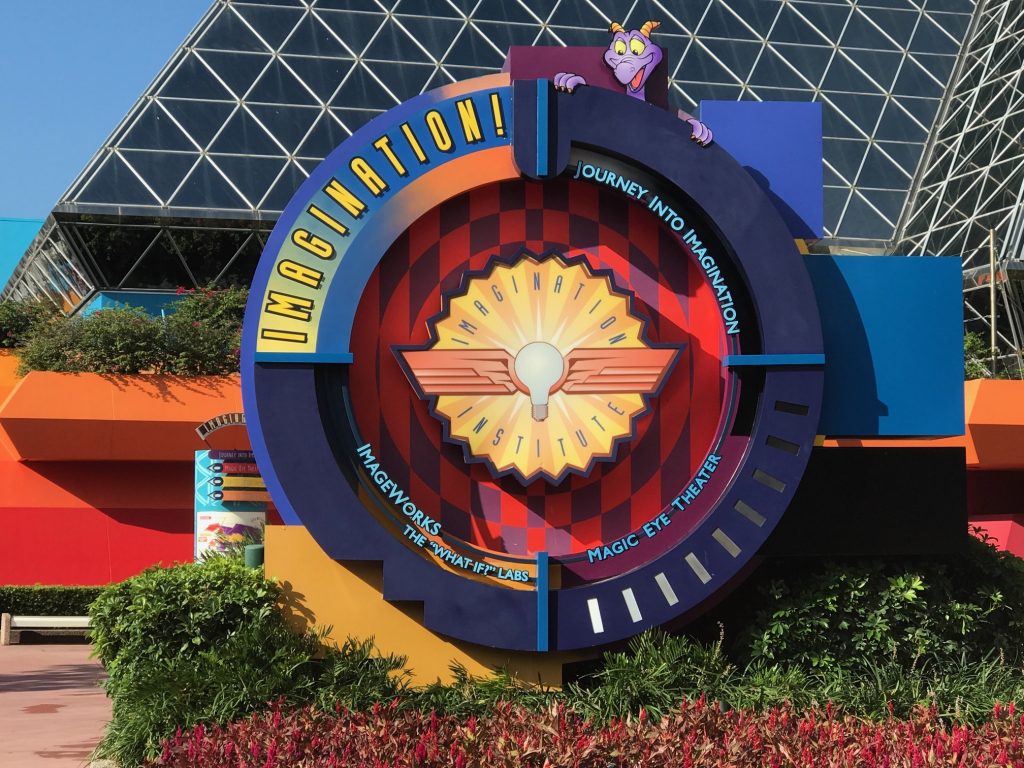 Disney would almost need to split Imagination!’s space into two attraction areas to please everyone. That’s an expensive proposition that seems unlikely. It begs the question: If you could only have a Figment/Dreamfinder ride or an Inside Out ride at Epcot, which would you pick? As an Epcot loyalist, I’d favor the former…just not the current ride.

Since Disney has emphasized their Pixar properties in recent years, I suspect that there’s a divide within their offices, too. For this reason, I don’t expect a dramatic change here anytime soon, even though my understanding is that plans exist for both potential attractions. 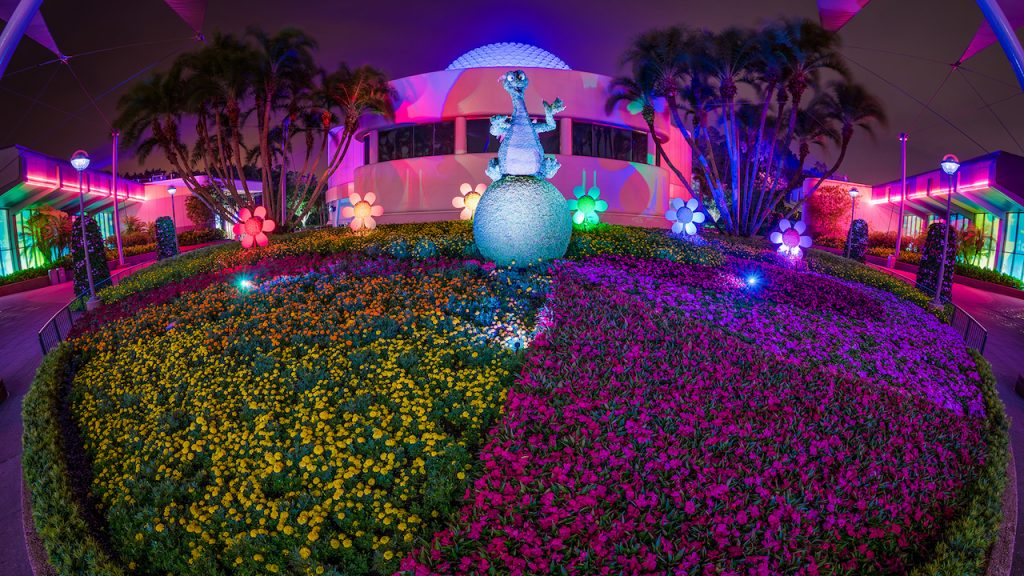 Disney has spent part of this month performing surveys of park guests. The subject of this survey is Figment. Park officials want to know whether Disney fans feel strongly about the character. Should he perform well on these surveys, Figment’s Epcot future is assured. If he struggles…well, it’s best not to think about that.

When you think about Future World, which attractions do you feel best represent the spirit of the theme park? Which ones do you believe are in need of plussing? Let us know in the comments!