As children do you remember watching dancing mushrooms, hippos wearing tutus, and of course Mickey’s failed attempt at being a Sorcerer? If so then you have been able to experience the unique and fascinating treasure that is Disney’s Fantasia.

Fantasia was Disney’s 3rd full length animated feature; only being surpassed by Pinocchio and Snow White and the Seven Dwarfs. The film was released in 1940 and was a great achievement in the film industry because of its unique sound format and music visualizations. 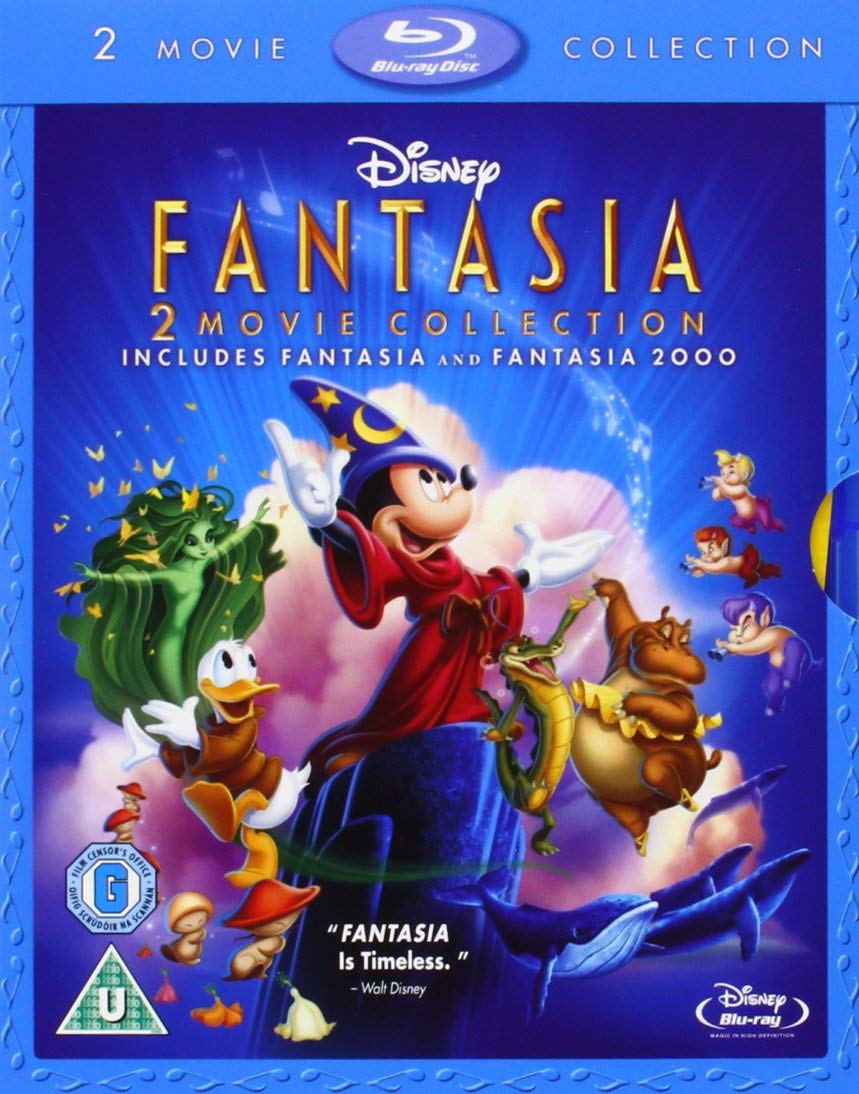 Even though the film had no words I remember being mesmerized by it as a child and watching it with rapt attention. Since it’s release it has won the hearts of many but here are some interesting facts about this fascinating film.

One of the reasons this film made such an impact in the film industry was because of it’s unique sound system. Fantasound was made specifically for the film and was basically the first version of surround sound. The system used nine optical recorders using eight music tracks, plus a click track for animation timing. 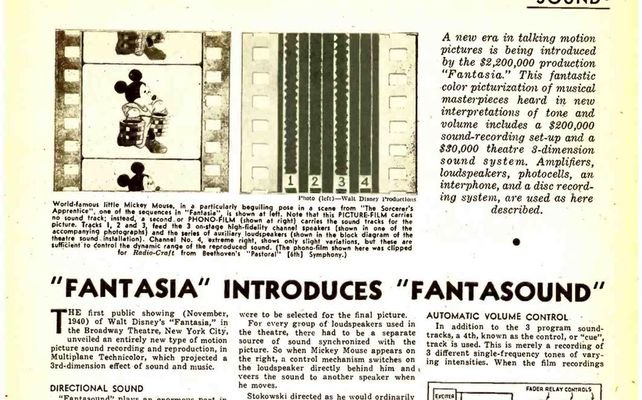 They used it isolate different instruments and then pipe them to different speakers so that when people watched the film it would sound like a live orchestra was playing. Fantasound was only ever used for Fantasia.

Upon its release, the film was only screened in 13 U.S. cities. This was because of its unique sound system. Most theaters had to upgrade their speaker systems to play it and that could get expensive. 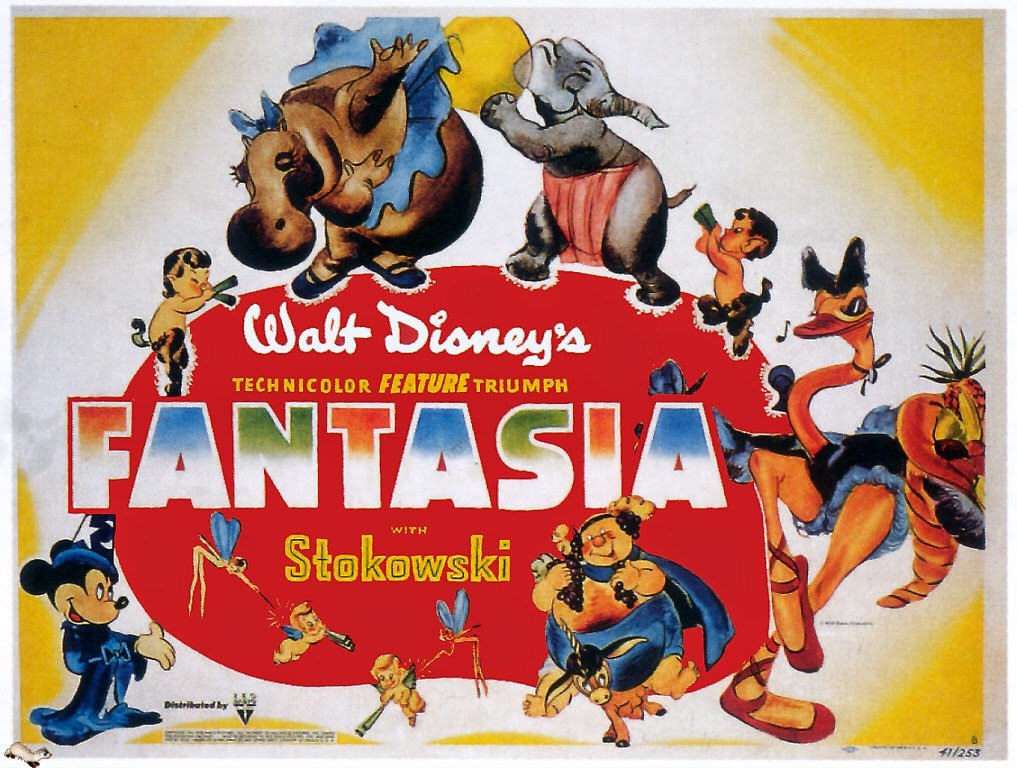 However, they used this to their advantage and treated the film more like a Broadway play. When you went to see the film there was assigned seating, special programs, and even ushers to lead you to your seats.

Disney wanted the film to have a 3D effect. His idea was to disperse smells into the theater during certain scenes to make it more immersive. They ended up having to drop the idea because they couldn’t find a way to clear the smell out of the theater in time for the next one to be dispersed. This idea was not trashed however because you can experience this type of effect on the rides Soarin and Avatar’s Flight of Passage at Walt Disney World. 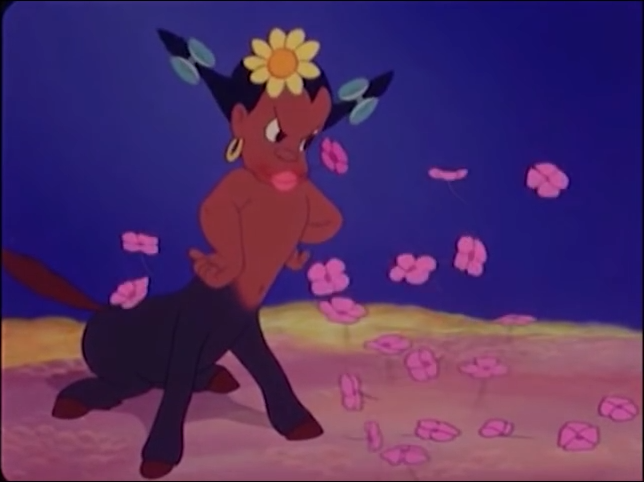 Not Just One, but Two Special Awards!

Disney’s Fantasia won two special academy awards. The awards were created especially for the film and its pioneering efforts in the film industry.

The first went to Walt and the developers of Fantasound for “outstanding contribution to the advancement for the use of sound in motion pictures through the production of Fantasia.” The second went to Stokowski, the conductor, for “the unique achievement in the creation of a new form of visualized music”. 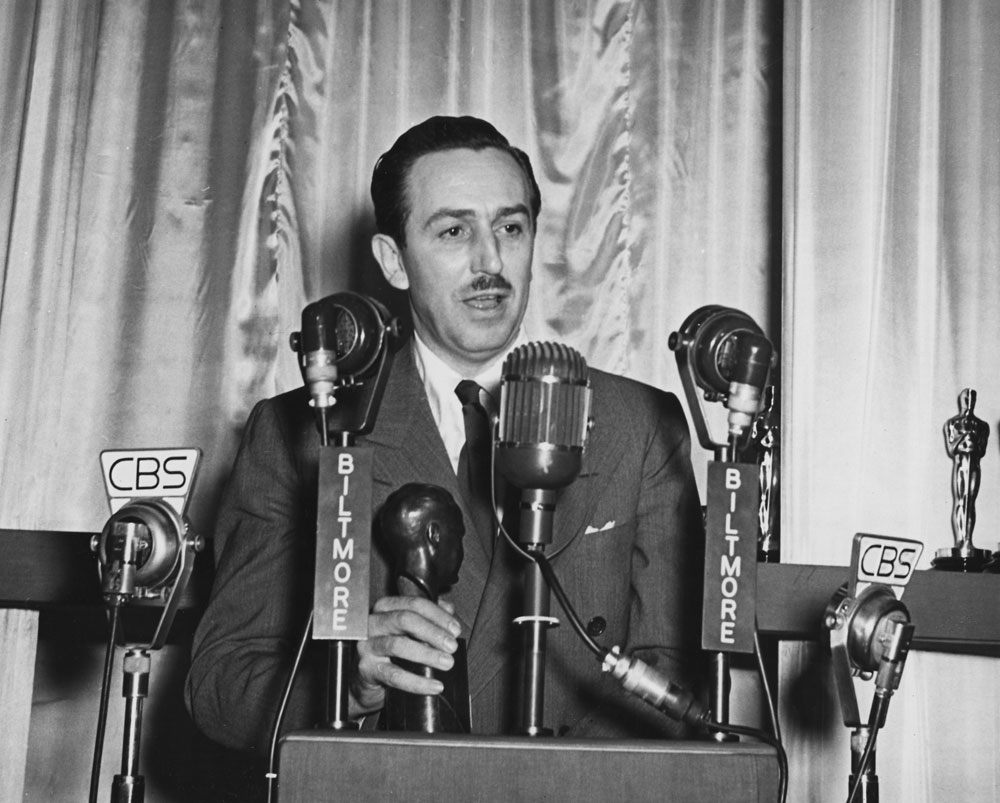 In 1941, Walt and his team created eight new additional sequences for the film. Some of the sequences were put to Wagner’s “The Ride of the Valkyries” and Rimsky-Korsakov’s “Flight of the Bumblebees”.

Walt discussed re-releasing the film every year with a few new scenes added each time, but it never came to fruition. However, these scenes along with a few others were used to create a sequel, Fantasia 2000. 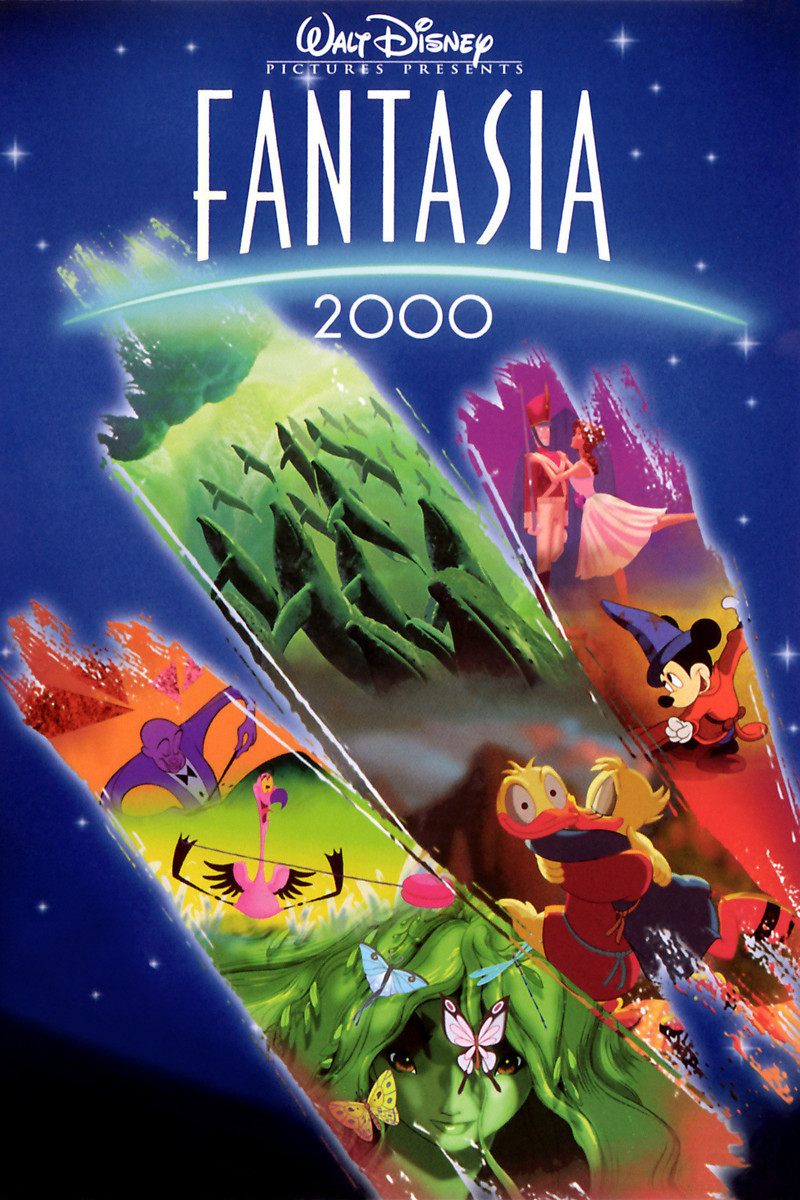 The sorcerer from the films sequence “The Sorcerer’s Apprentice” was inspired by Walt Disney. The animators said that the raising of his eyebrows specifically was a trait taken from Walt. Because of this they named him Yen Sid which is Disney spelled backwards.

Fred Moore, one of the animators, completely redesigned Mickey for the film. Mickey had already changed since his creation, but for this film Moore changed his eyes so that he had pupils for the first time. He also made is head slightly larger and his body more pear-shaped. This version of Mickey is the one we know today. 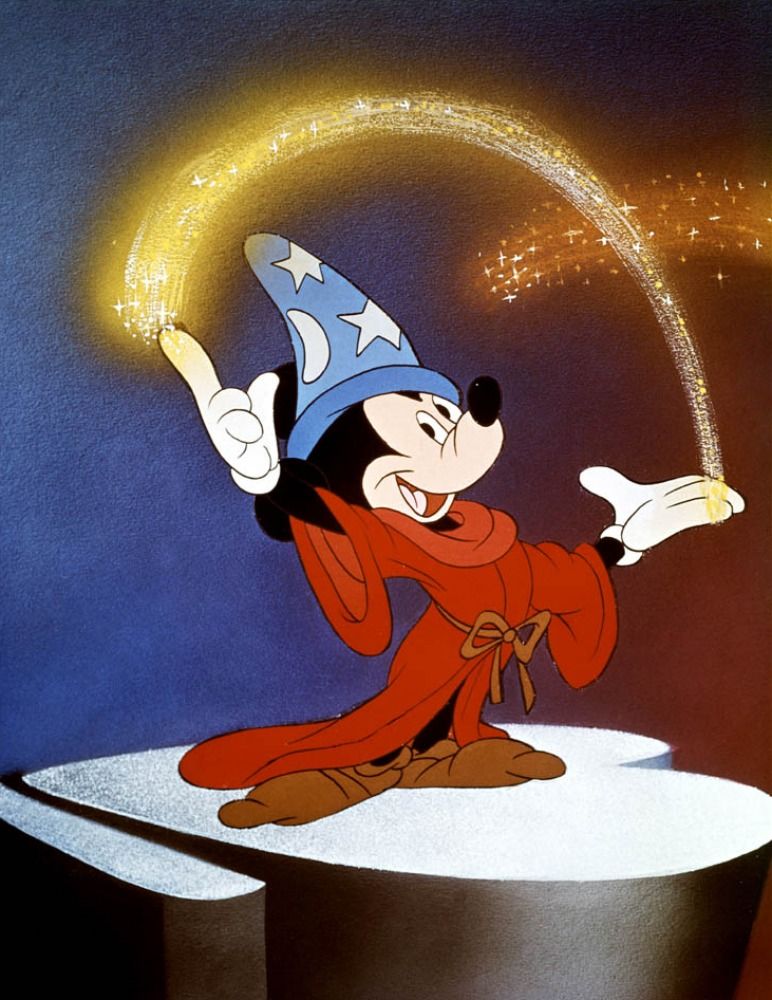 In the film industry films are normally finished much early then their intended release dates. Fantasia, however, wasn’t completed until four hours before its premiere in New York City. 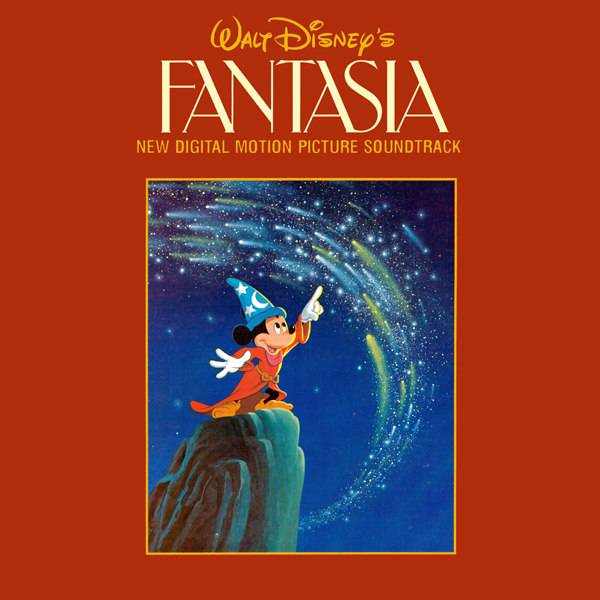 They cleaned up the soundtrack as much as possible. This was one of the reasons why it took two years to restore the film for its 50th anniversary.

Films are normally assigned color palettes so that everything is cohesive, but for Fantasia Walt gave the animators free reign. They were able to choose any color they like…and obviously they did a fantastic job. 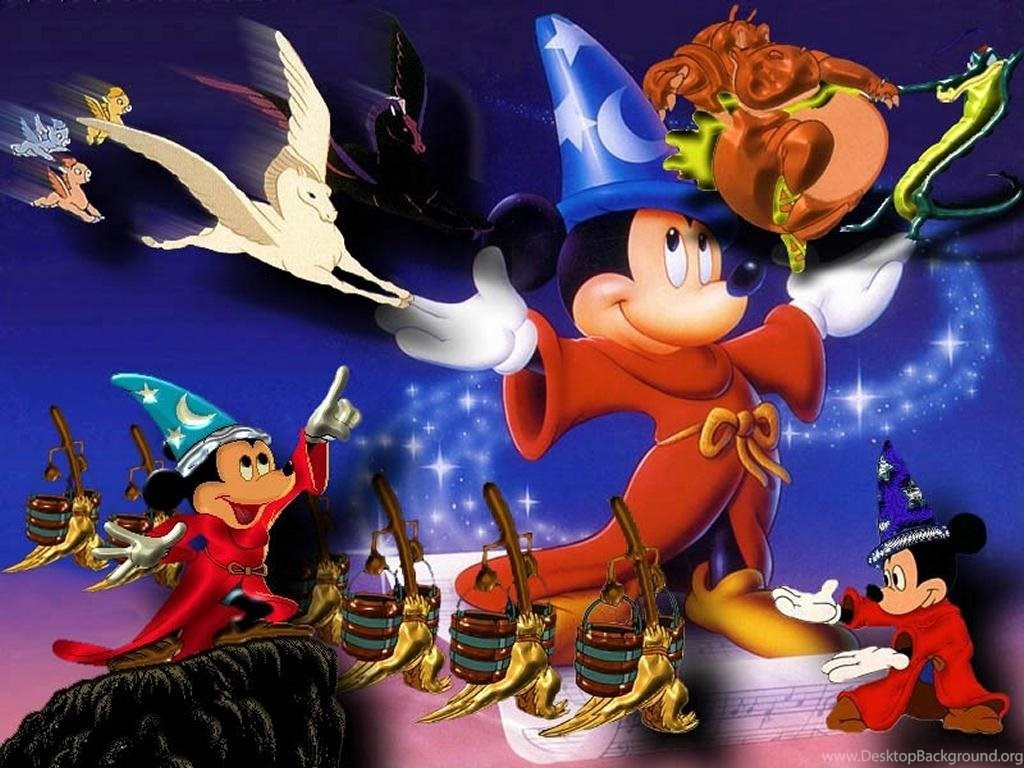 Hello Disney Fans! Janie here. I was a Disney kid growing up and now that I am an adult I love it even more. Whether its movies, music, parks, or games I just can’t get enough of it.