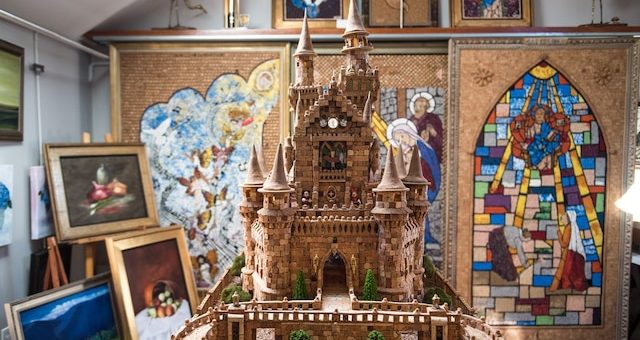 Wow! Talk about imagination and dedication that would make Walt Disney proud. Ninety-year-old chef turned artist Walter Deuschle worked for two years on his recreation of Cinderella Castle that was made from all cork.

In an article that appeared on Philly.com, Deuschle told reporter Grace Dickinson that chipping away at the cork and working on his masterpiece is what keeps him young. 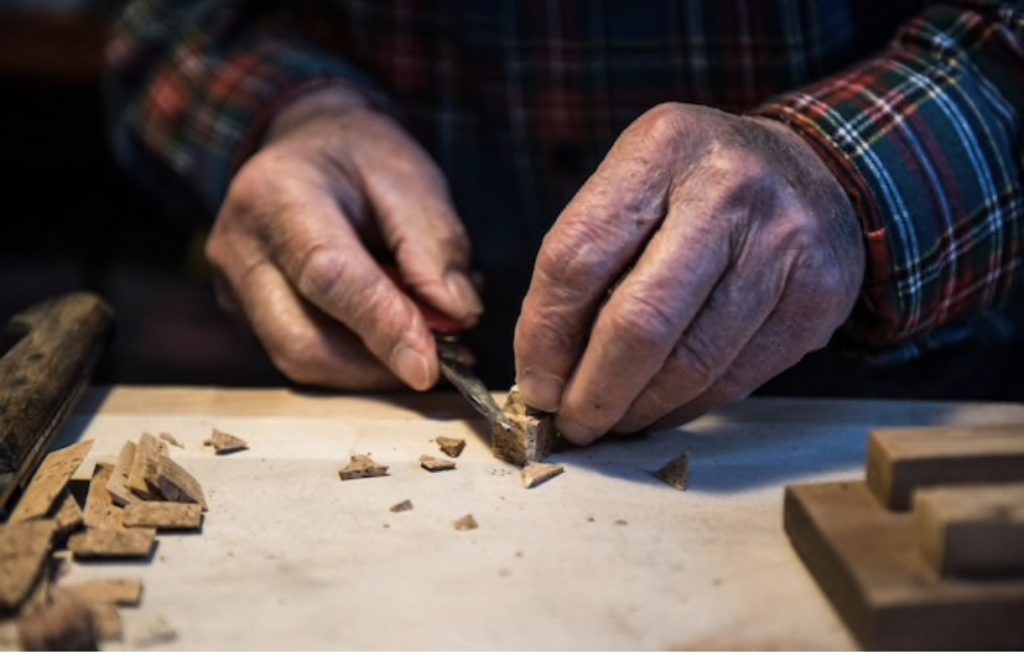 The castle is a whopping 40-inch-high, 56-inch-wide and includes more than 7,000 corks from his own personal collection, which were given to him by friends and family.. It’s also lit and includes images of Cinderella, the Seven Dwarfs, and Mickey Mouse (who also turned 90 this year). 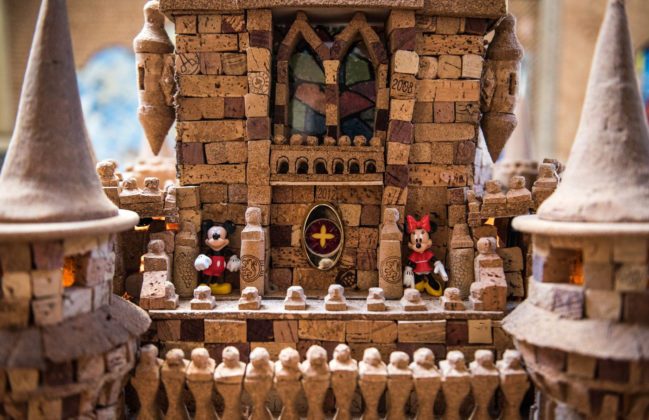 About Disney World, Deuschle said, “I like the concept of Disney World, where people go and enjoy themselves. The adults become children, and the children just eat it all up. Walt Disney had a vision that goes beyond our comprehension, and I simply wanted to create something with it that I could share with others.” 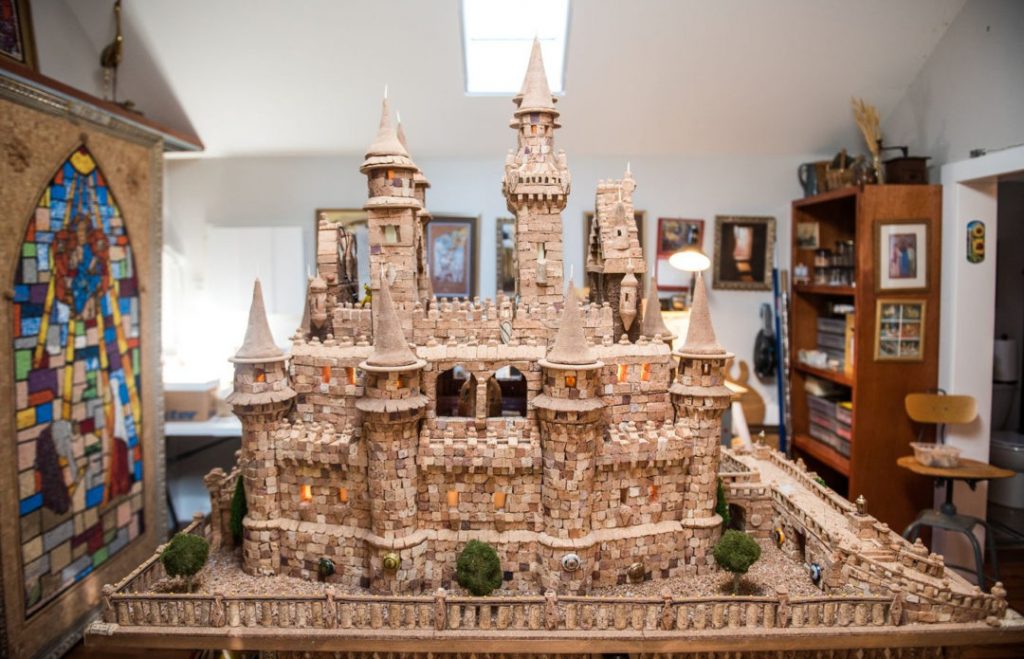 He has created iconic Disney World venues before. The article states that more than 20 years ago, after a trip to Disney World with his 4-year-old granddaughter, Deuschle crafted a castle out of sugar.

This time, all he used was a photo of Cinderella Castle, as well as s Swiss Army knife, an 8-inch carving knife, a butcher knife, and some sandpaper. Again, wow. 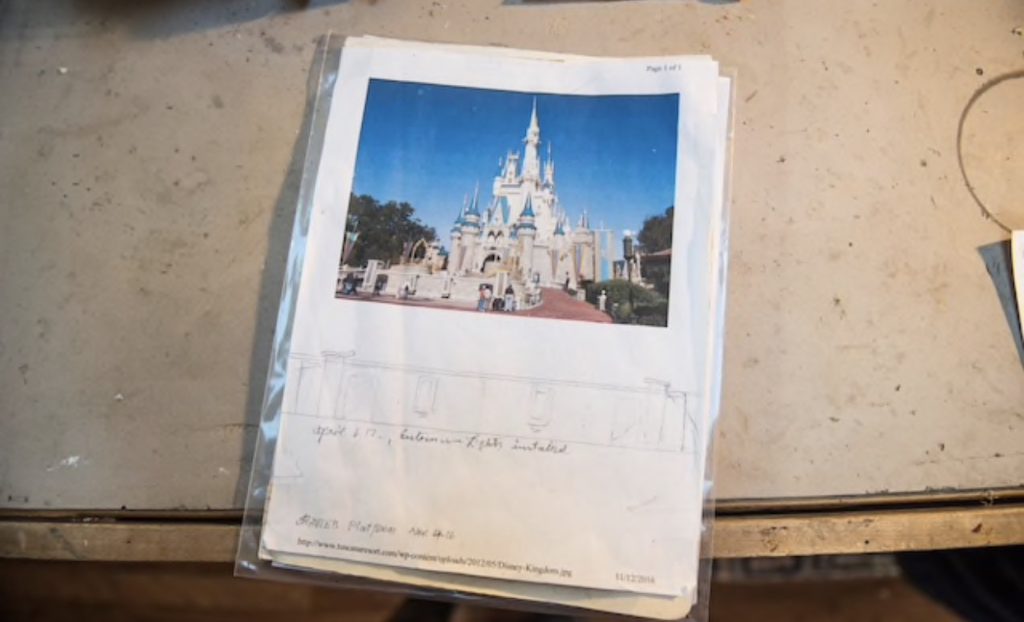 Deuschle plans on showing the castle at a variety of venues and hopes that Walt Disney World will be one of them.