Hakuna Matata is a wonderful phrase. It’s so wonderful that when The Lion King debuted in 1994, Disney decided to trademark the phrase as their own. However, Disney didn’t invent the phrase — it’s actually a Swahili phrase which means ‘no problem.’ So how’s this for irony? Trademarking the phrase has actually caused problems for Disney.

According to an article on NME, 65,000 signatures (and counting!) have been collected on a petition (it is now over 67,000) to stop the trademark that Disney has on the phrase. In the petition, that’s posted on Change.org, it says,

“Hakuna matata” is a Swahili language phrase from East Africa; translate, it means “no trouble”. The word “hakuna” means “there is not here” while “matata” means “problems”. Hakuna Matata has been used by most Kiswahili-speaking countries such as Tanzania, Kenya, Uganda, Rwanda, Burundi, Mozambique, and the Democratic Republic of the Congo. Disney can’t be allowed to trademark something that it didn’t invent.”

The petition, which was created by Zimbabwean activist Shelton Mpala, also states that Disney’s trademark “is an insult not only on the spirit of the Swahili people but also Africa as a whole.”

Several people have gone to Twitter in support of the petition and questioning Disney’s ability to trademark the phrase.  @floagwu writes, “How can they trade mark a phrase that has been used as part of language” 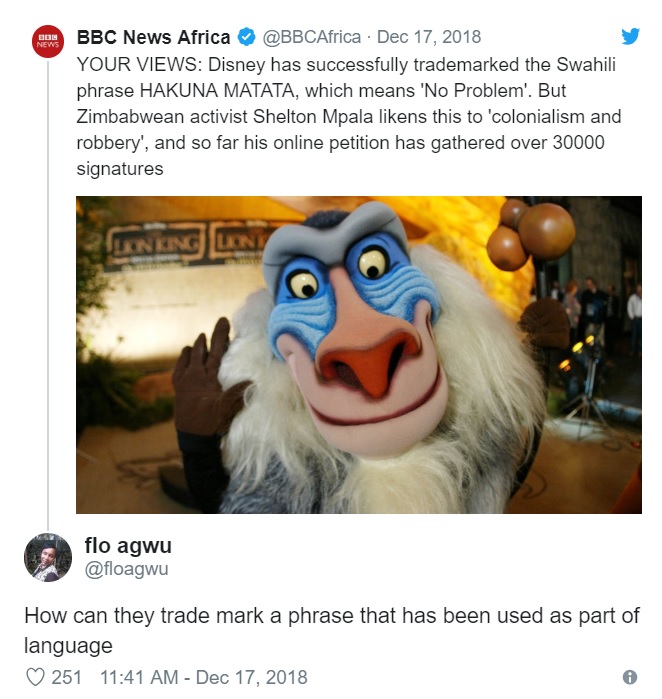 @iji_araba states on Twitter, “this is blatant robbery that should not be allowed to stand. you don’t have to speak the language to know that this is an egregious theft, one that recalls the way that africa’s precious treasures were looted. please sign this petition!” 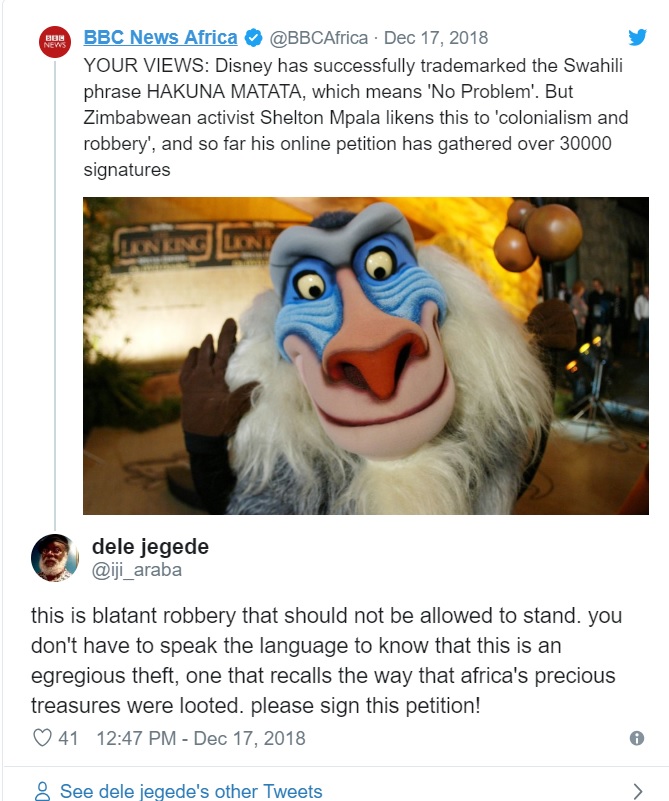 The movement is gaining traction, with Mpala getting publicity in African media, as well as on Fox, BBC, and NPR. In the NPR article, it is said that Allan Tuli, a Kenyan law student at Suffolk University Law School, wrote an article on his LinkedIn page that says, “Hakuna matata … is quite synonymous with the Lion King movie … the Walt Disney company took the intelligent and capitalistic step to trademark and profit off it,” 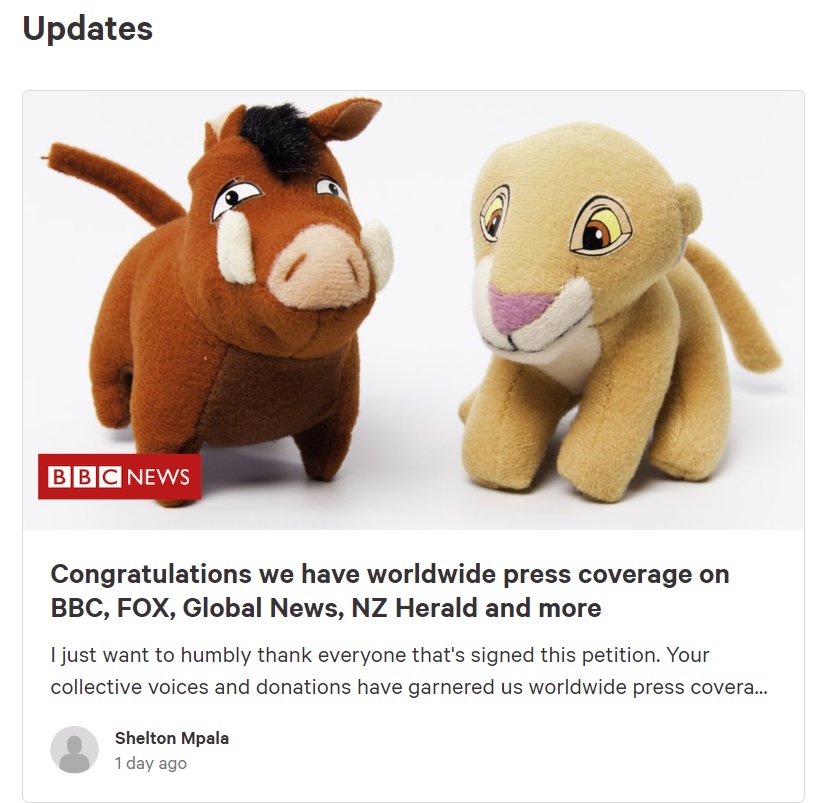 So far, there is no word from Disney on the petition.

The Lion King remake is due to be released in 2019. See the trailer here!