The first race weekend of the 2018-2019 run Disney season has officially come and gone, with the 2018 Disney Wine & Dine Half Marathon! Runners from all parts of the globe had a tasty weekend of exciting events that celebrated some of the classic Disney chefs. The buffet of costumes were more than creative, some were down right delicious! Presented by MISFIT™, the race weekend cooked up plenty of fun for everyone. Take a look at some of the delectable highlights from the 2018 Disney Wine & Dine Half Marathon weekend! 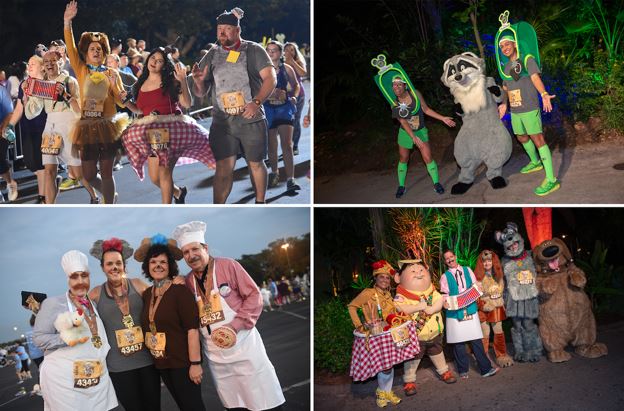 Disney’s Animal Kingdom was home to the Disney Fall Feast 5K. This 3.1 mile adventure was full of family fun as runners dressed up as classic favorites, such as characters from UP!, Ratatouille, and Lady and the Tramp. This race celebrated Chef Tony and runners had a positively ‘paw’fect finish to the weekend’s first course. 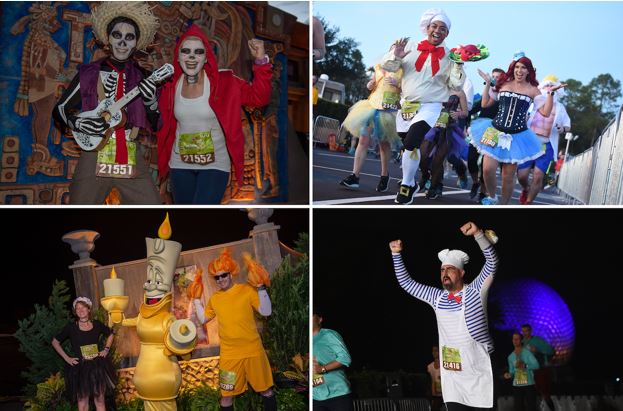 Runners at the Wine & Dine 10K made a splash through the World Showcase at Epcot, ‘sea’zing the glorious morning. Chef Louis and Sebastian from “The Little Mermaid” were the inspiration for this exhilarating second race of the weekend. 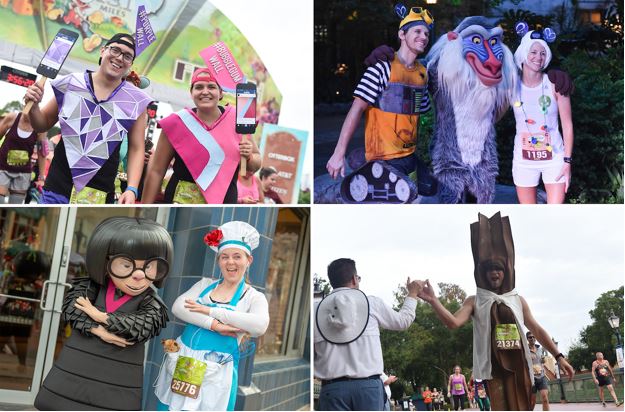 The weekend’s final event, the Disney Wine & Dine Half Marathon, featured a star studded 13.1 mile run. Chef Mickey and friends joined in on the action as racers made their way through Disney’s Animal Kingdom, Epcot, and Hollywood Studios parks. A great finish to a pavement pounding weekend! 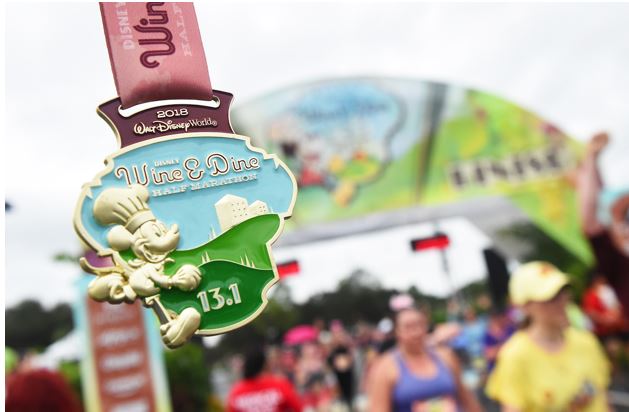 A celebratory toast to those runners who also completed these races, especially the Disney Two Course Challenge, finishing a total of 19.3 miles over the weekend! Be sure to share out your event photos using #WineDineHalf.

Next up will be the Walt Disney World Marathon Weekend January 9th – 13th, 2019.