Word spreads fast within Disney fans. Reservations just opened for the Snow White character dining experience at Artist Point? Chances are everyone already knows about it and reservations are booked up for the entire first month. When rose gold ears first came to Disneyland, word spread so fast and Disney was sold out of them for weeks at a time. So what’s currently spreading like fire around Walt Disney Parks and Resorts? Spirit jerseys. 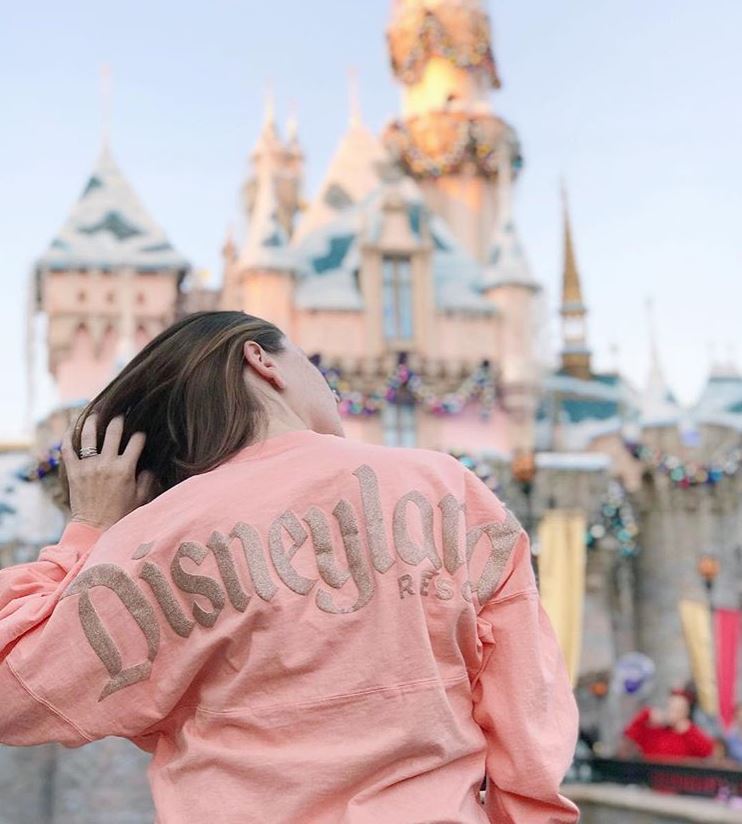 One of the main items that has hit the spotlight just within the last year are spirit jerseys. Spirit jerseys are large long sleeved shirts that are meant to have the oversized look to it. They are normally pretty simple, with a logo in the right corner and big words on the back.

These shirts somewhat copy the look of sorority or fraternity shirts. Within the past year or so, Disney parks has slowly been selling more and more of these spirit jerseys. The first few to arrive on the scene were the princess spirit jerseys. 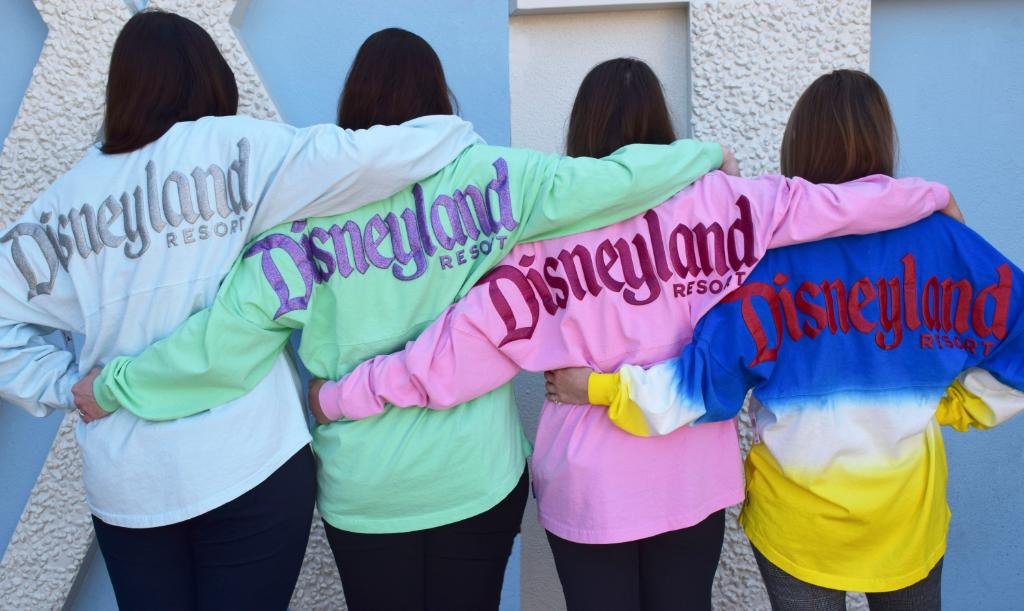 Princesses such as Cinderella, Snow White, Aurora and Ariel all had a spirit jersey designed after them. Cinderella’s spirit jersey is a classic – it is light blue/almost white in color, with a sparkly silver glass slipper in the front right hand corner. The font across the back says Walt Disney World in all capital sparkly silver letters. Depending on what park you buy the shirt at, it will either say Disneyland or Walt Disney World. 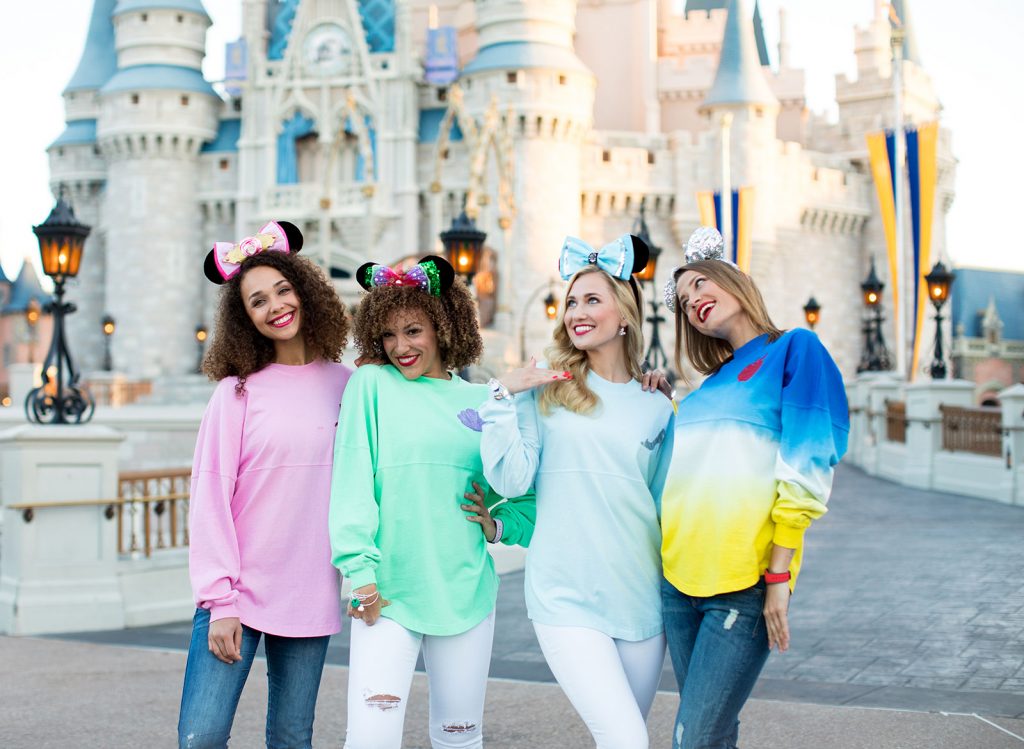 The Snow White spirit jersey is the most unique of them all. Rather than a simple, plain color, this spirt jersey is a hombre blue, white and yellow. A red, sparkly apple is in the front right hand corner of the shirt and once again, Walt Disney World is written on the back in the same sparkly red capital font.

Aurora’s spirit jersey confuses many. Tons of people think it could be Aurora or Belle themed because of the rose in the corner. A rose is a common theme scene throughout Beauty and the Beast, but this spirit jersey actually represents Aurora, as her name was originally Briar Rose. The shirt is a light pink with a dark pink, sparkly rose on the front. Walt Disney World is written in the same sparkly color in an all caps font on the back. 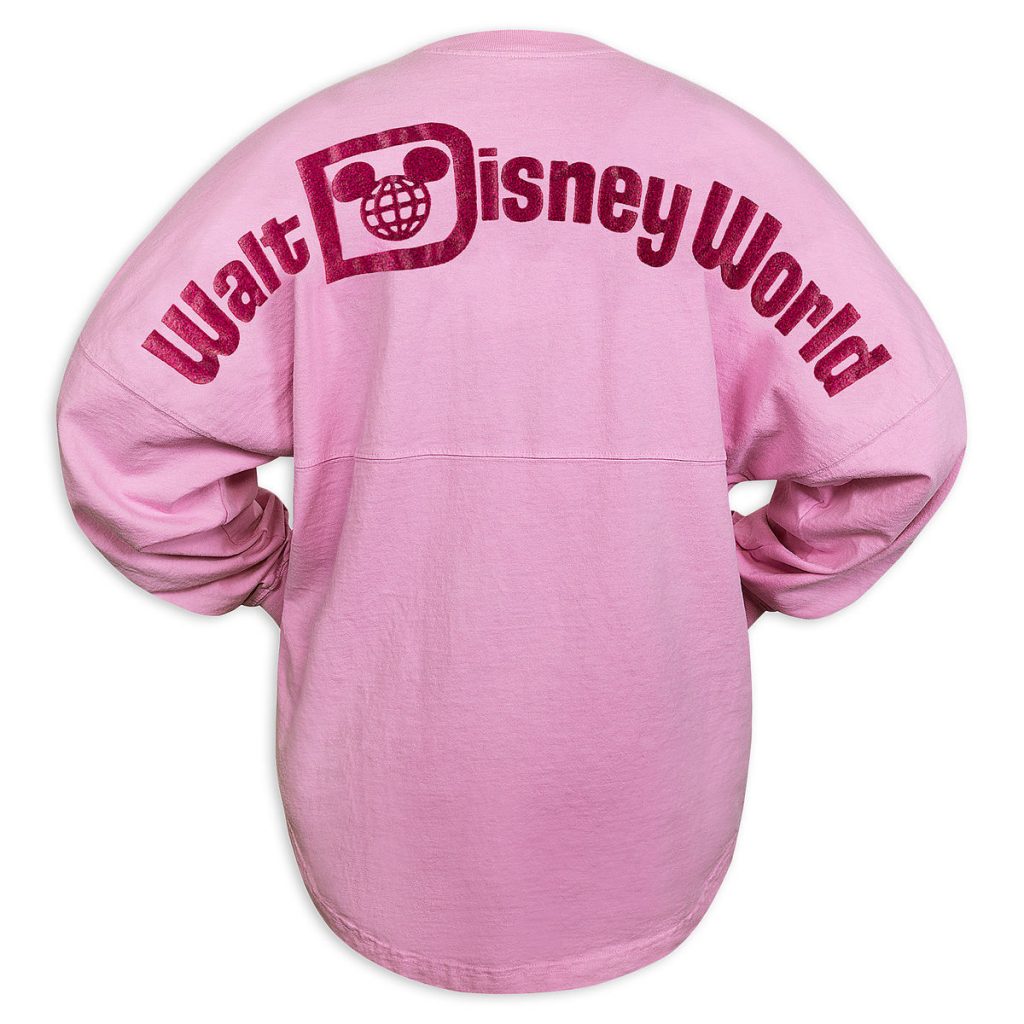 Since these spirit jerseys’ have been selling so well, Disney has been releasing more and more shirts like this, all with different themes. Some shirts are just plain and simple – a light pink color with rose gold, sparkly writing on the back – of course saying Walt Disney World again. The symbol on the front of these simple jerseys would either be a D for Disneyland or the WDW logo for Walt Disney World. 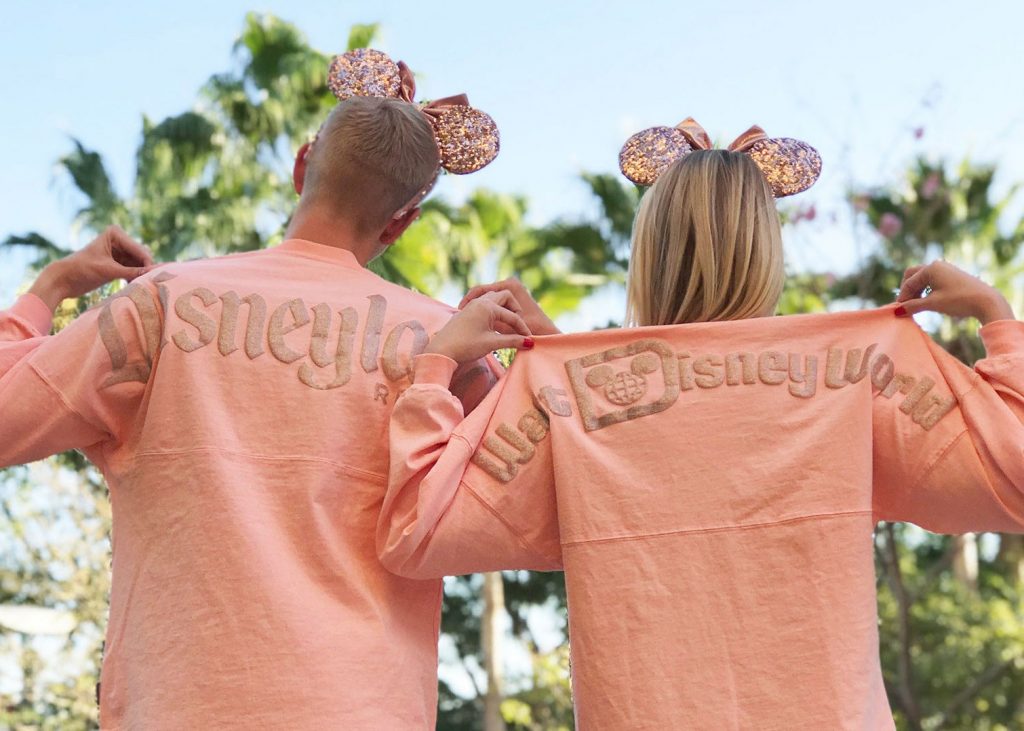 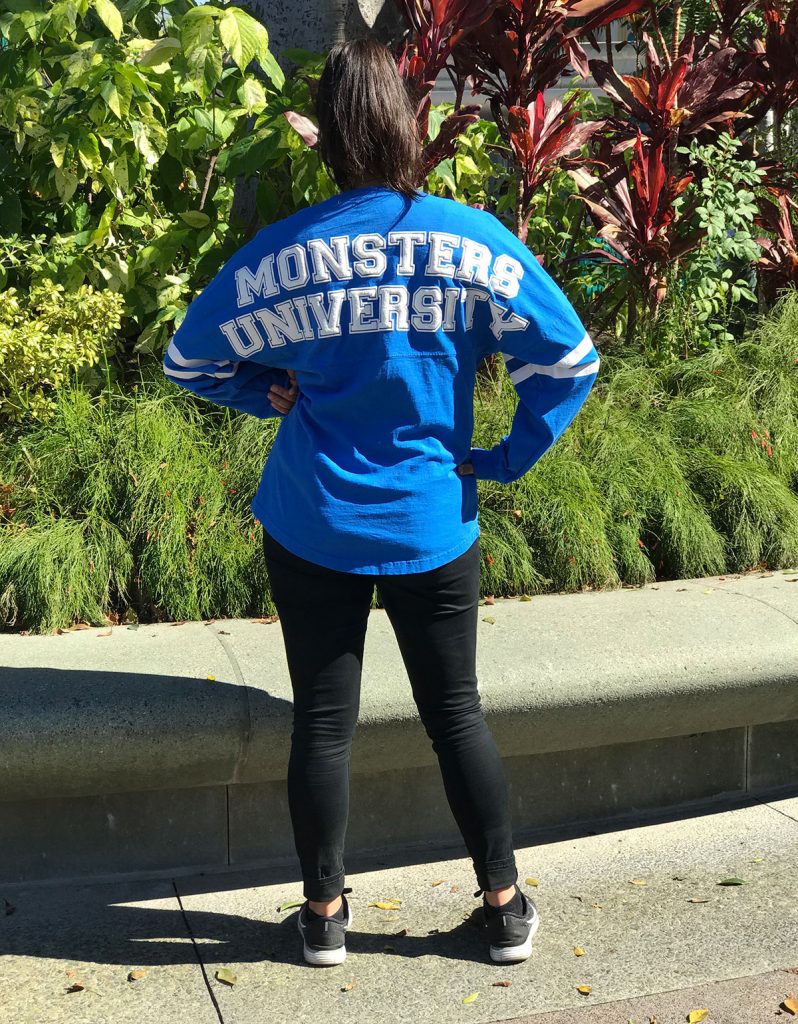 Another unique spirit jersey is red with white polka dots on the bottom half and a bow as the symbol in the front right corner, portraying a Minnie Mouse theme. The back just says Walt Disney World as normal. 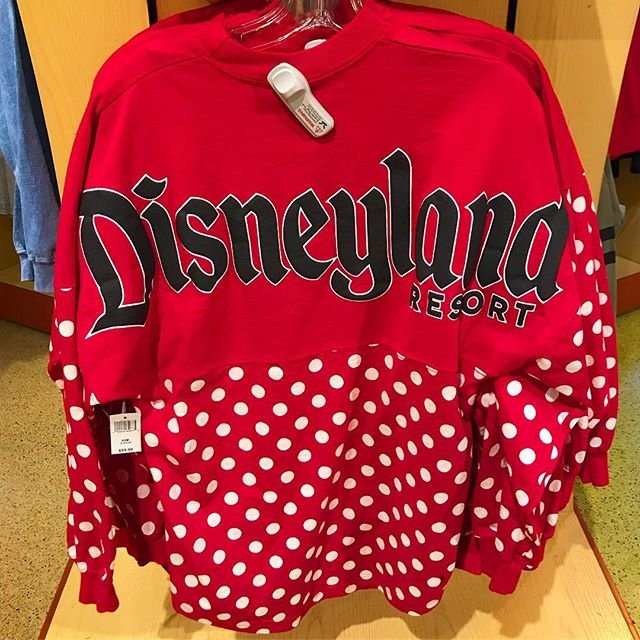 Some countries in Epcot have been releasing spirit jersey’s as well – Canada’s is red with black plaid looking checkers.  It has a black leaf on the front right hand corner and says Canada in an all caps black font on the back. Cast Members even have their own spirit jersey! 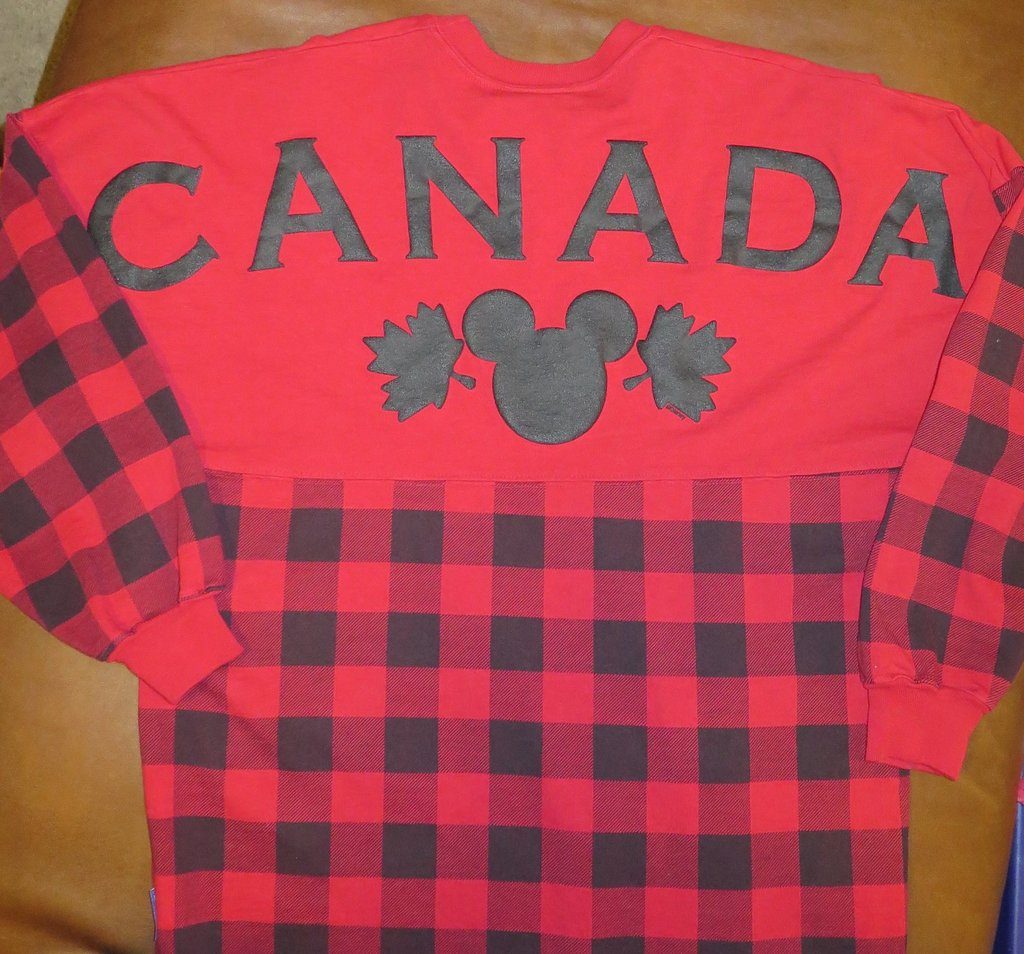 These spirit jerseys’ have become so popular and are often seeing being worn throughout the Disney parks. It becomes even more fun when you get to wear your Walt Disney World spirit jersey to Disneyland, and vise versa as people will recognize you as a Disney fan from coast to coast! 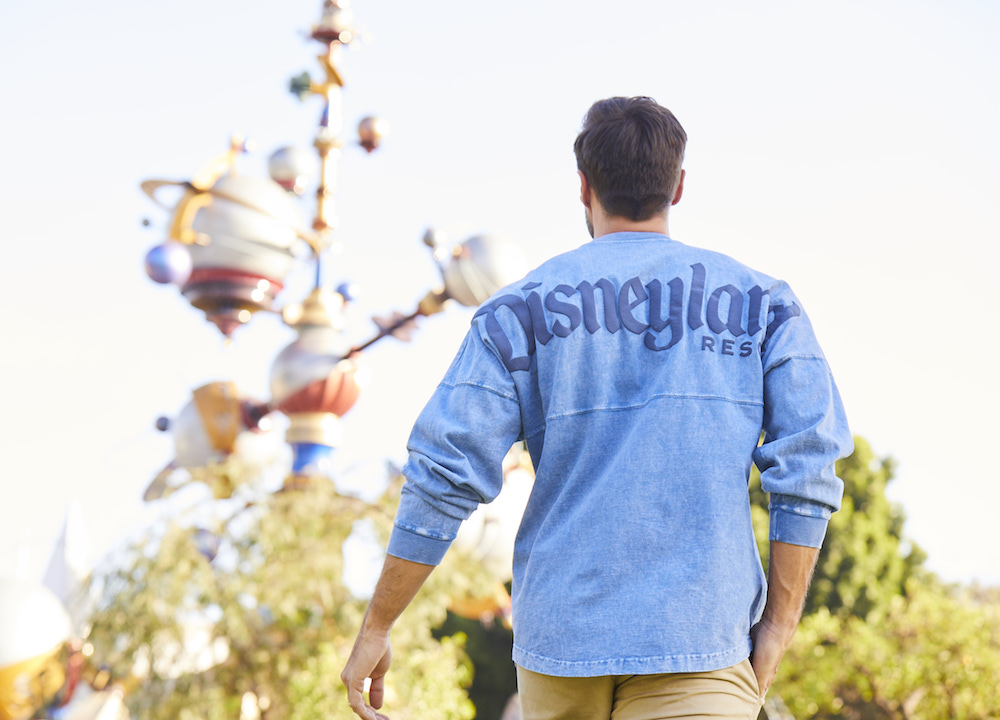 Soon, Disney should be releasing holiday themed spirit jersey’s once again. So what are you waiting for?! Go find your next spirit jersey – there’s a style for everyone and surely will be more within the next year!