Freeform has just announced today that Bette Midler will join Kathy Najimy and Sarah Jessica Parker for the network’s “Hocus Pocus 25th Anniversary Halloween Bash”! The two-hour special is an all-star party in honor of the cult classic film’s milestone anniversary. Furthermore, the bash is filmed at the iconic Hollywood Forever Cemetery to celebrate the movie’s status as a Halloween staple. All of the fun will premiere on SATURDAY, OCT. 20 at 8:15-10:15 p.m. EDT/PDT, as part of Freeform’s “31 Nights of Halloween” programming event.

The night of Oct. 20 will be full of bewitching fun as the network will also be airing a “Pop’n Knowledge” edition of “Hocus Pocus,” before and after the Bash at 6:05 p.m. EDT/PDT and 10:15 p.m. EDT/PDT. The special edition will also celebrate everything about the iconic film and the fandom. It also includes a mix of trivia, funny observations and commentary around key moments and quotes. So this “Pop’n Knowledge” version of “Hocus Pocus” is an experience no fan should miss! 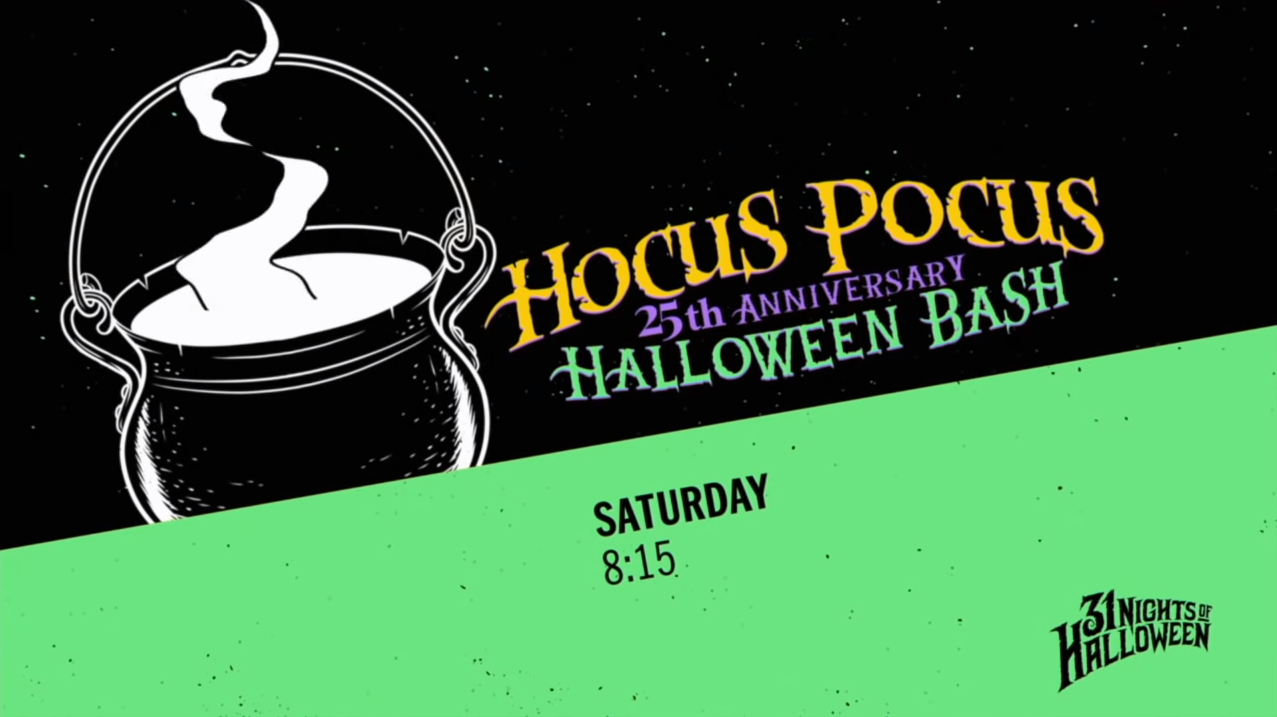 Twenty-five years after its theatrical release, “Hocus Pocus” is more popular than ever – exclusively airing on Freeform during the Network’s “31 Nights of Halloween” stunt, the film reached 8.2 million Total Viewers in its first week. If NATO’s average ticket price of $8.97 were applied to the film’s performance, “Hocus Pocus” would have had a weekend box-office equivalent of approximately $73.6 million in its first five days if it were released today.

Freeform’s expanded annual Halloween programming event of “31 Nights of Halloween,” brings more thrills and chills to the entire month. From Oct. 1, the network will be invaded by everyone’s favorite witches, a murderous barber, out of control dinosaurs and everything else that goes bump in the night. “Hocus Pocus” will air throughout the most haunting stunt on television, as well as conclude the event with a day-long marathon featuring the Sanderson Sisters on Oct. 31.