This creepy, kooky month we are all about Halloween and Disney, of course, so we’d be remiss if we didn’t take time out to acknowledge Halloweentown! It is, in our opinion, one of the best original Disney television movies. The movie starred Kimberly J. Brown as Marnie Piper and Debbie Reynolds as Agatha “Aggie” Cromwell. Marnie and her siblings can’t go out on Halloween and don’t understand why. When she learns she is a witch, she has to go on a mission to save a town full of supernatural creatures. 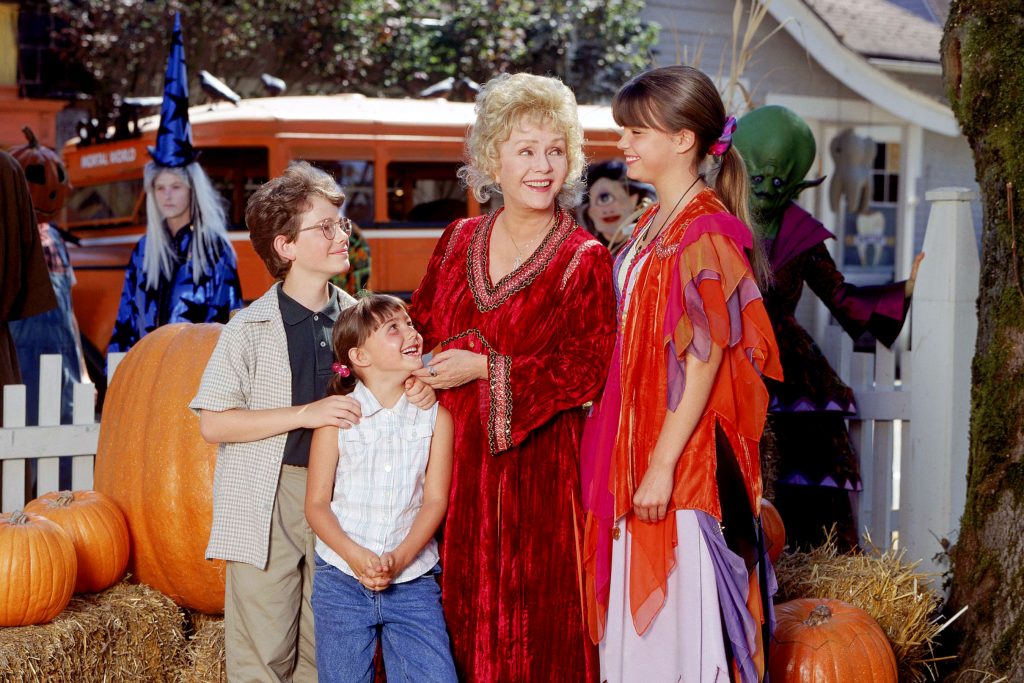 Here are some fun facts about Halloweentown:

Disney is all about movie magic and Halloweentown is no exception. Benny, the wise-cracking skeleton taxi driver, was actually a robot and the actor who portrayed him, Rino Romano, dubbed the lines in after they were done filming. The Halloweentown book was specially drawn before filming and was never released to the public while the hair dryer that blows fire was actually blowing out fire, without any special effects added later. 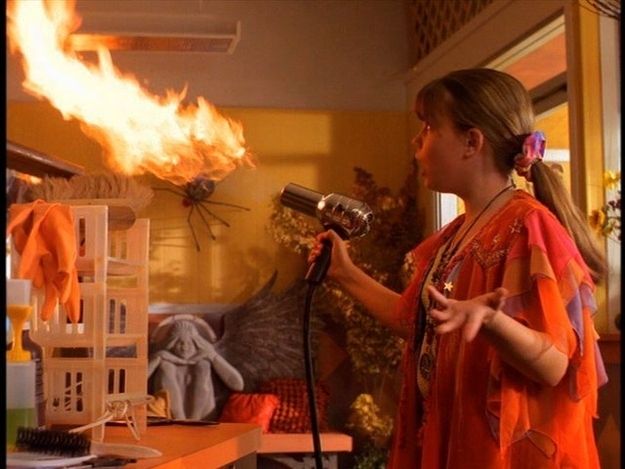 There was originally a different and darker ending planned for Halloweentown. The alternative ending involved Marnie walking into the forest to place a talisman and as she walked through the forest she would get older and older. The production staff had to make a mold of actress Kimberly J. Brown’s head for the effect, which she ended up keeping when they changed the ending. 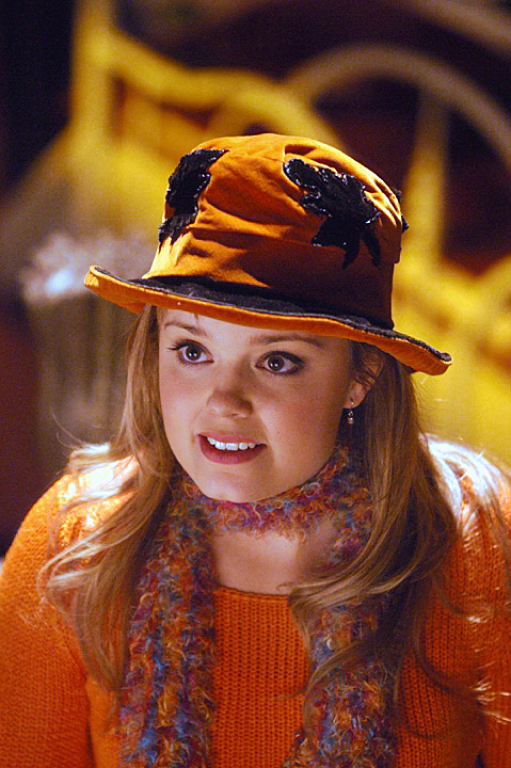 Gwen Cromwell, the mother of Marnie and the kids, was described to actress Judith Hoag as a “quintessential perfect person.” But when Judith’s costumes were accidentally tailored improperly, she added it to the character, saying “Gwen doesn’t feel comfortable in her skin.” There was also a cast switch between the Ice Cream Shop Yeti and the Mayor, when the Mayor fit in the Yeti costume and the original Yeti did not.

As fans of the original Halloweentown probably know, there were three sequels: Halloweentown II: Kalabar’s Revenge; Halloweentown High; and Return to Halloween. Each of them has their own fun facts: the first spell Kalabar says in Halloweentown II is improvised from a German choir song from the actor’s youth. 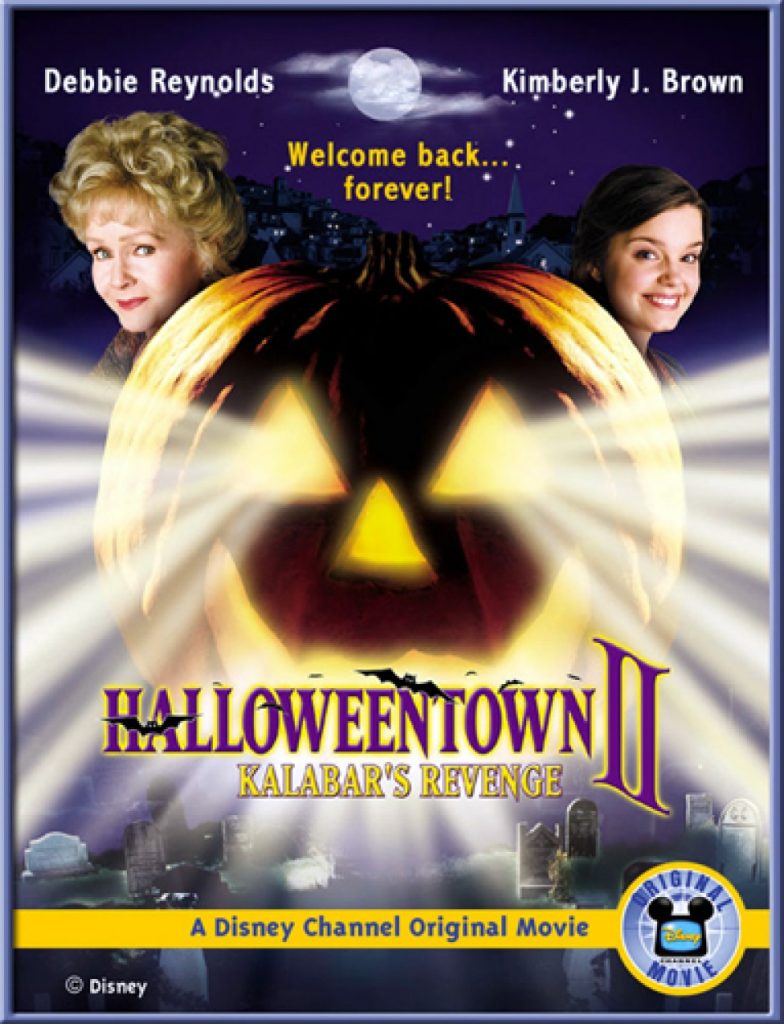 Halloweentown High filmed some of their high school scenes at Juan Diego Catholic High School in Utah, the same school that was used in another Disney Channel original movie, The Luck of the Irish.. Finally, only three of the original actors are credited in all four films; Debbie Reynolds (Agatha), Judith Hoag (Gwen), and Joey Zimmerman (Dylan).

Can’t get enough of Halloweentown? Then a trip to its filming location, St. Helens, Oregon, is in your future. Every year, the city hosts the Spirit of Halloweentown, a month-long celebration of the movie and all things Halloween! 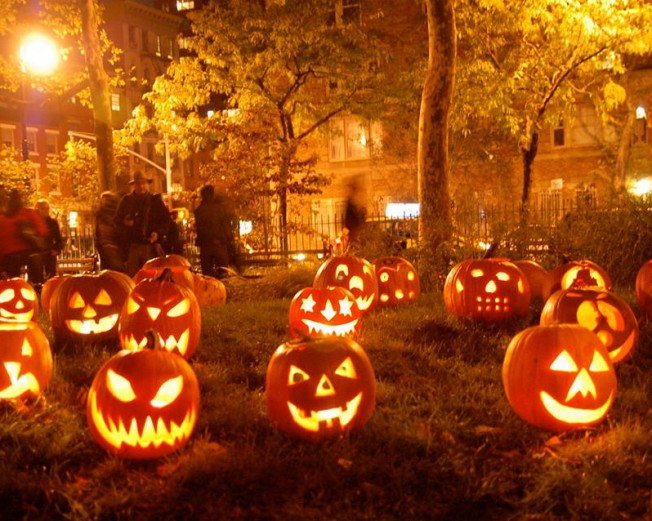 There are meet and greets with members of the original cast, haunted houses, dinner theaters, tours of scenes from the movie, face painting, and even a Festival of the Fairies! Anything from walking haunted scarecrow paths to seeing a magic show are possible in this festival that brings you right to the heart of the film!