It was no surprise that the Tomorrowland Speedway would be closing for refurbishment due to the construction of the new Tron coaster in Magic Kingdom.  The Tomorrowland Speedway will close on January 2, 2019, through to May 17, 2019, and re-open to Guests on May 18, 2019. The track to is being re-routed and shortened, but will be the same ride Guests know and love according to Disney. 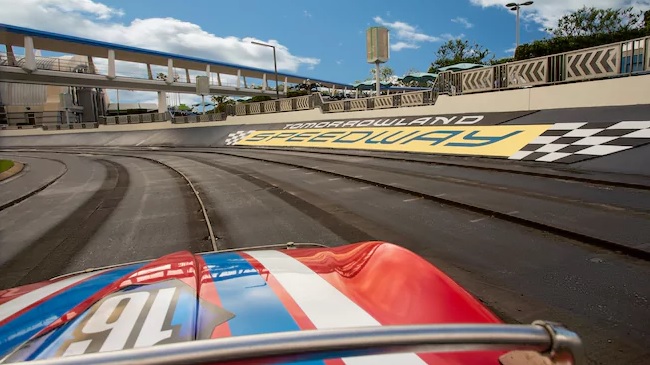 Walt Disney World Railroad will be taking a short break in December 2018 and taking up permanent residence at the Main Street Station. Guests will be able to get great up close and personal photos of the train during this time. 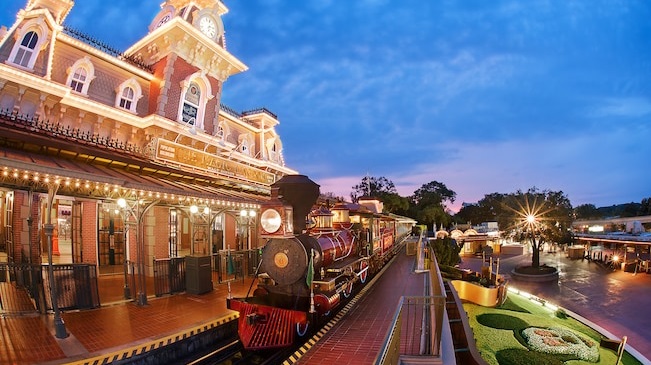 The new Tron coaster is being modeled after the one in Shanghai.

Experience high-speed thrills and chills as the Grid comes alive in a heart-pounding race for survival. Created as a friendly way for “Programs” and “Users” to interact, the Power Run pits team against team in the quintessential quest to capture 8 Energy Gates and triumph over opponents. 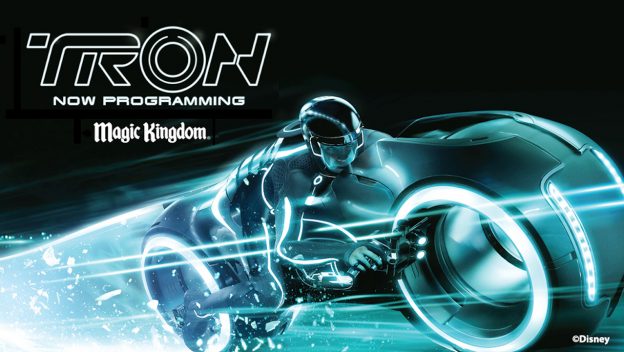 Prepare for digitization after entering the portal—this is your access into the energy, lights and excitement of TRON’s high-tech universe. As you leave the real world behind, you’ll proceed to the games as a member of Team Blue, ready to compete against some of the Grid’s most menacing Programs.

Adrenaline-pumping music, lights and 3-D graphics inspire a furious surge toward the winner’s circle. Traverse TRON’s electrifying multi-sensory environment as you speed, dip and dive through digitized darkness on one of the fastest indoor roller coasters in Disney theme park history.

Step inside the techno-style zone featuring glowing glass rails, a real-time Raceview and blue laser lights that etch patterns through space—this is where Users synchronize with their Lightcycles. Feel the power activating as you jump on, grab the handles and brace to face an unknown digital frontier.

Anticipation heightens as the Lightcycles lunge forward with sound effects building to a feverish pitch. Suddenly, you’re throttling through a tunnel of flashing markers and, just as quickly, plummeting onto a turbo-charged track known as the Grid! 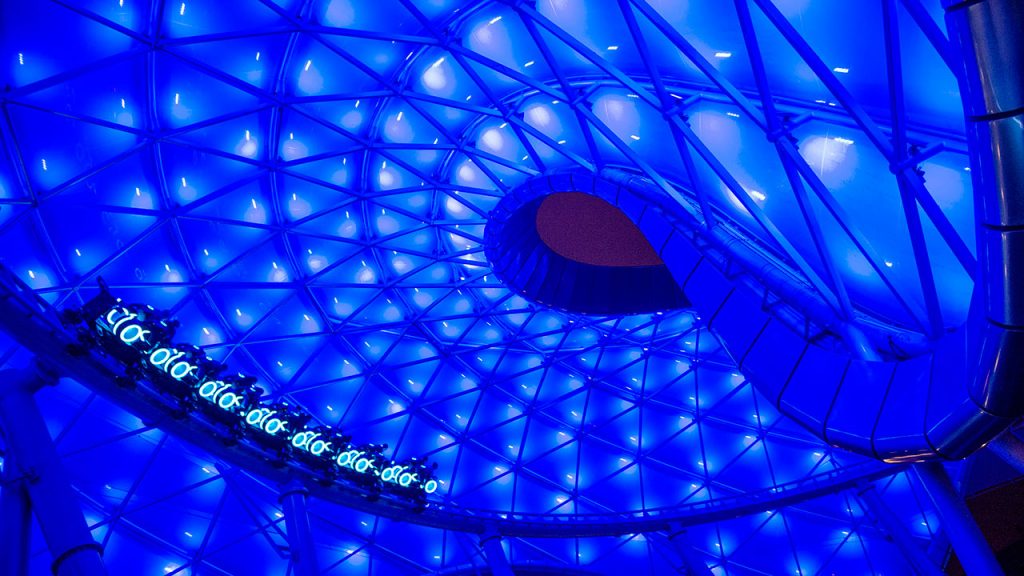 Filled with brilliantly illuminated shapes and sleek, color-changing TRON iconography, this game-world “gravity box” seems to rev harder with enhanced energy as Lightcycles catapult past each Gate. Will Team Blue capture them all and take the championship? See if you can defeat the Programs, survive the Power Run and make your way back to the real world!

Groundbreaking computer animation and brilliant visual effects created a legacy that delights fans to this day.

In 1982, Disney made filmmaking history with TRON, the first production of its kind to mix live-action with computer-generated visuals and backlit animation. Loved by legions around the world, it went on to inspire video games, comic books, an animated series and the 2010 big-screen sequel, TRON: Legacy. 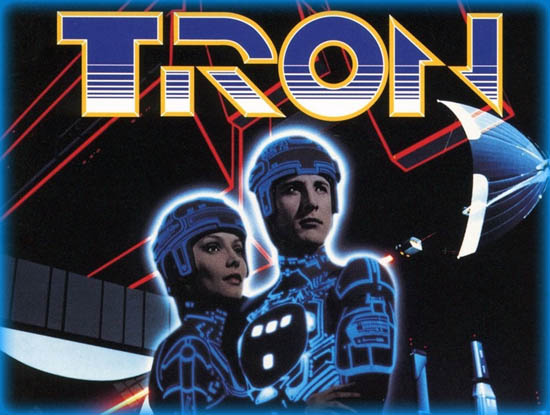 Today, Shanghai Disneyland honors the franchise with one of the coolest and fastest indoor roller coasters in any Disney theme park—TRON Lightcycle Power Run.

Tron is set to open in the Magic Kingdom just in time for Disney World’s 50th anniversary in 2021.

Are you ready to start planning your magical Disney vacation? As an agent with MickeyTravels, (designated with Platinum Earmarked status by Disney), I’ll be available to help with everything from finding your perfect package to nabbing those hard-to-get dining and Fastpass reservations. Best of all my services are absolutely FREE! Get in touch at 843-288-1130, via email at whitney@mickeytravels.com or follow along on Facebook.