The end of September may be quickly approaching but there is still time for us to share with you some of the incredible sweet treats that Walt Disney World has already unveiled this Autumn!  From character-inspired treats to tasty frozen creations there is bound to be something for everyone.  If you’re heading to Disney this Autumn be sure to jot down a few of your favorites and give them a try!

The Chosen One Dessert – The Artist’s Palette – Disney’s Saratoga Springs Resort – (pictured above) Fans of Toy Story will definitely want to pick up this colorful treat featuring Pixar’s beloved little green aliens.  The Chosen One dessert is comprised of a green apple mousse with a caramel center. 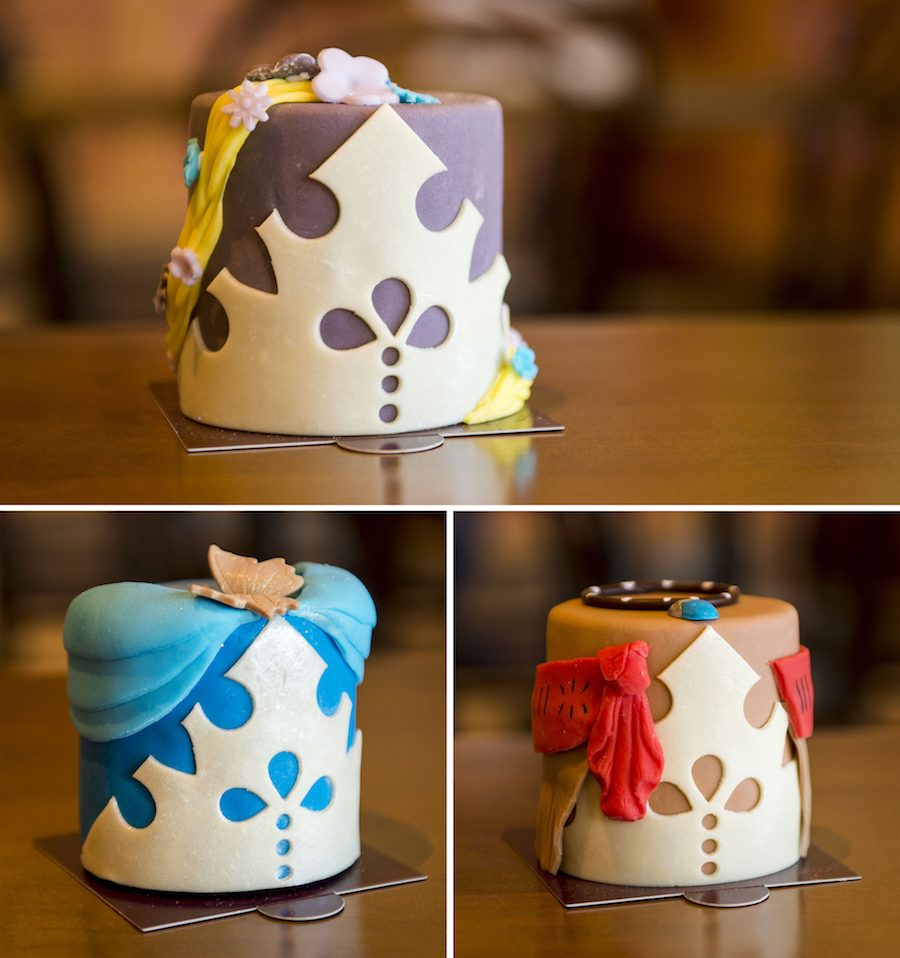 Princess Cakes – Amorette’s Patisserie – Disney Springs- Now here’s a cake that’s fit for a king or queen! Amorette’s Patisserie always wows us with their delightful creations and this “Royal” line is no exception.  The Rapunzel cake will be available from (September 27 -30), Moana (October 4-7) and Cinderella (October 11 -14) These cakes are chocolate chiffon made with dark chocolate mousse, raspberry mousse, and white chocolate crispy pearls. 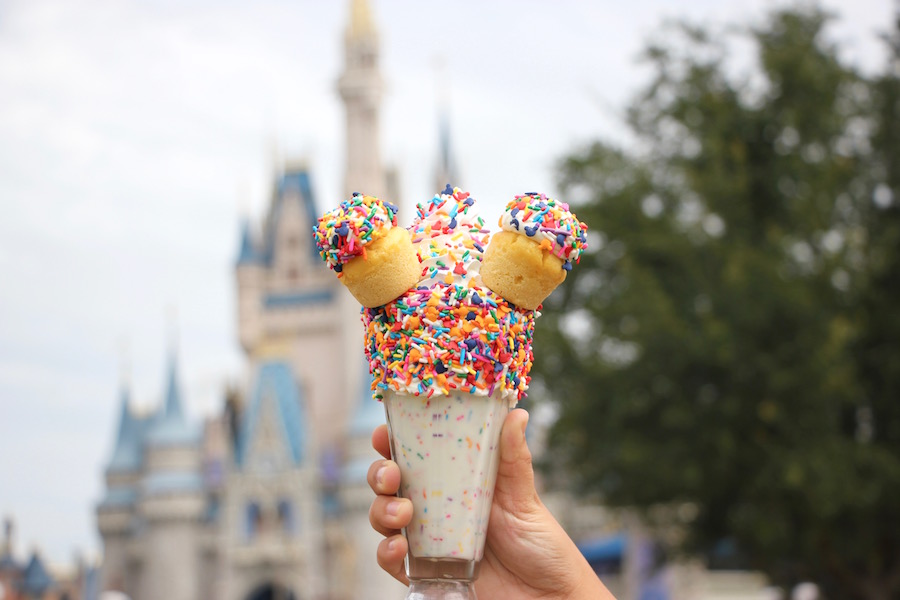 Birthday Cake Milkshake of the Month – The Plaza Restuarant – Magic Kingdom – Can’t decide between a milkshake or a slice of cake? At The Plaza you can have both!  This treat is made of confetti vanilla and comes in a sprinkle-rimmed glass topped with whipped cream, more sprinkles and two mini birthday cake cupcakes.

Ice Cream of the Month – Plaza Ice Cream Parlor – Magic Kingdom – Head next door to the Plaza Ice Cream Parlor where in addition to the regular varieties on offer you can opt for the flavor of the month.  There are still a few more days to get Septembers flavor which is chocolate chip or hold out for next months delicious Pumpkin Ice Cream. 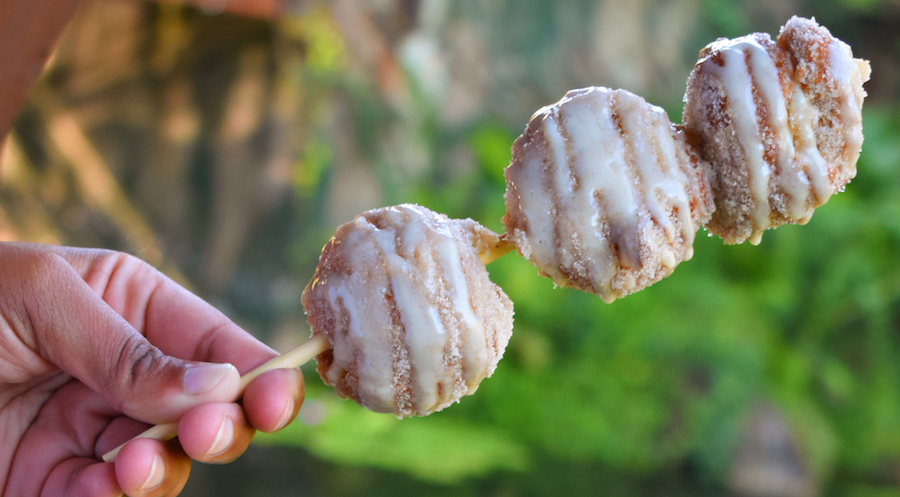 Apple Cider Donut Holes – Isle of Java – Animal Kingdom- Tuck in to the taste of Fall with these delicious donut holes drizzled with icing and covered in cinnamon sugar.  The delicious bites are cleverly served up on a skewer for those wanting your treats on the go! 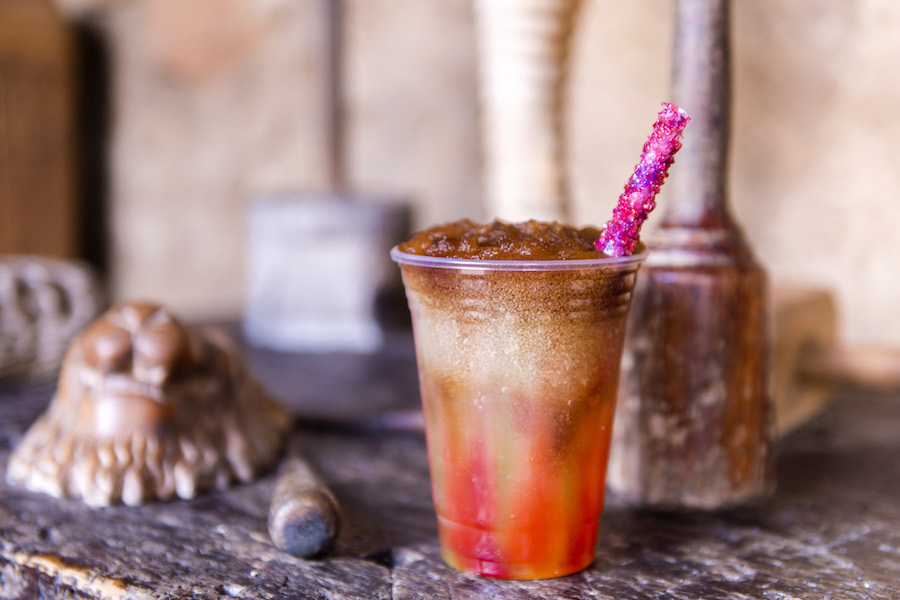 Ariel Cupcake – Intermission Food Court – Disney’s All-Star Music Resort- We love the colorful look of All-Star Music’s new cupcake offering.  The cake base is vanilla and it’s topped with buttercream and filled with crispy white pearls. You can only pick one up until the end of September so don’t hesitate!

Maleficent Cupcake – Intermission Food Court – Disney’s All -Star Music Resort – In October this cupcake takes over with its spooky deliciousness. Its comprised of a chocolate cupcake and is filled with spiced chocolate. This devilish treat is topped with vanilla buttercream and chocolate horns.

School Bread – Kringla Bakeri Og Kafe – Epcot – This beloved Norway Pavilion has finally re-opened which means the iconic School Bread is once again on offer!  Other offerings include sandwiches like the Norwegian Club, the Ham and Apple Sandwich, Rice Cream (rice pudding with strawberry sauce), Lefse (soft flatbread rolled with cinnamon, sugar and bugger), Berry Cream Puffs and more! And let’s forget the delicious cinnamon pretzels which are coated in cinnamon sugar!

These are just a few of the delicious Fall Sweet Treats you’ll find around Walt Disney World this Fall!  Be sure to bring your appetites!

Readers are encouraged to keep following along with MickeyBlog for the latest in Walt Disney World news and updates including other delicious treats!

Thinking about a visit to Disney? Packages are currently available to book through until the end of 2019.   Send an email for your FREE no obligation quote.

Why not consider working with an Authorized Disney Vacation Planner?  As an agent with MickeyTravels, I can help you get the best discounts for your Disney World vacation package, assist with making dining, Fastpass and Mickeys’ Not-So-Scary Halloween Party reservations and can even help you plan an itinerary filled with extra special seasonal touches. Best of all my services are absolutely FREE! Contact me at 1.800.801.4025 via email at mroden@mickeytravels.com or on Facebook and let’s get planning!