This just in! After 20 years of dazzling evening audiences with it’s moving music, gorgeous storyline and incredible fireworks, “IllumiNations: Reflections of Earth.” will be officially closing at the end of next Summer (2019)  to make way for another imaginative evening offering as part of Epcot’s ongoing transformation. The Disney Parks Live Entertainment team is already hard at work creating the next evening production which we are sure will be nothing short of epic!

“IllumiNations: Reflections of Earth” made its debut in October 1999 and since that time has entertained millions of guests who gather around the World Showcase Lagoon to watch this breathtaking production light up the night sky.  Until its departure, Disney will continue to celebrate this classic show giving visitors to the parks an opportunity of the next several months to say goodbye to this beloved nighttime attraction. 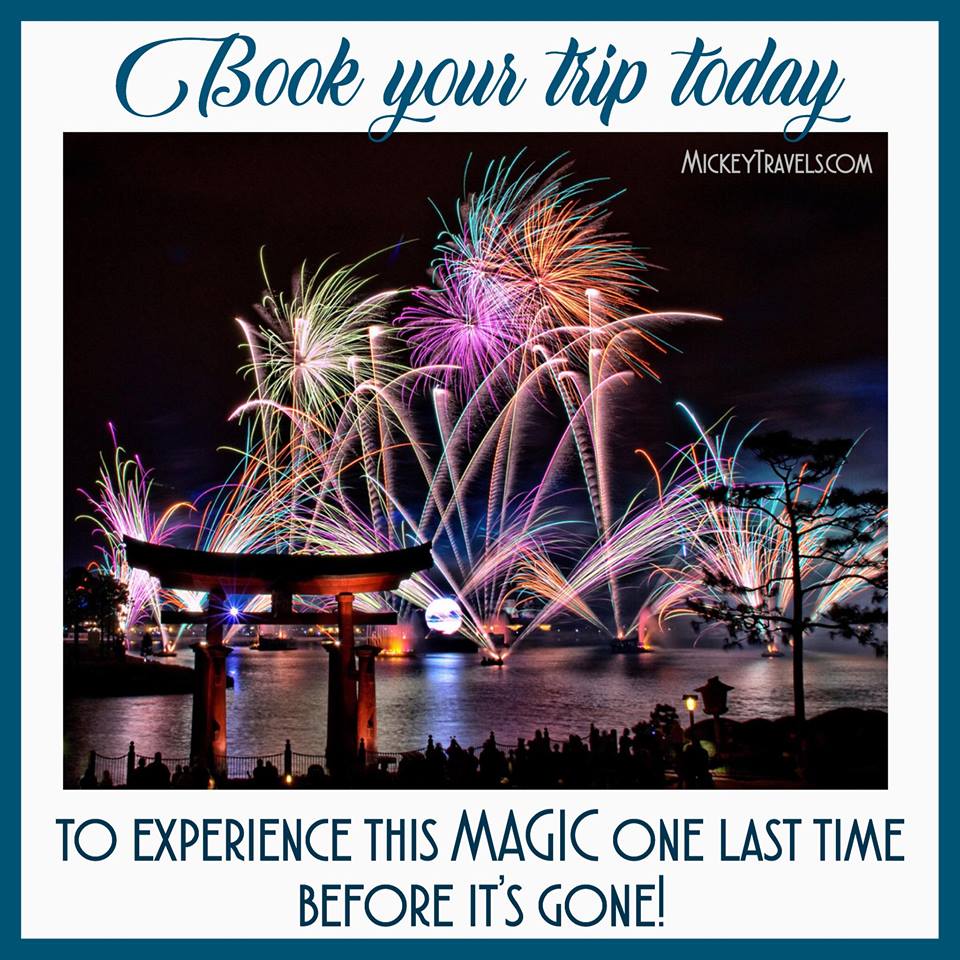 Those following along with MickeyBlog will know that this is just one of the many changes Disney World is making as part of Epcot’s multi-year transformation.  Other changes include space-aged dining in Future World, the creation of a Guardians of the Galaxy coaster and a new Ratatouille attraction.  The idea is to create an immersive theme park experience that offers that “WOW!” factor while still adhering to the ideals and vision so integral to Epcot’s creation.

Readers are encouraged to keep following along with MickeyBlog for the latest in Epcot news and updates!

Now is your chance to say goodbye to IllumiNations before it closes next year! Walt Disney World vacation packages are currently available to book through until the end of 2019.  Fill out our form below and a MickeyTravels agent will be in touch your FREE, no obligation quote!