If there’s one upcoming Disney cinematic release that has us here at MickeyBlog pretty darn excited it is the ‘The Nutcracker and the Four Realms’ which is slated to officially open on November 2, 2018.  As a special treat for guests visiting the theme parks starting on the 5th of October, Disney has announced that they will begin sharing sneak peeks of this hotly anticipated film.

For a limited time, guests to Disneyland and Walt Disney World resorts will be able to preview 12 minutes from Disney’s dazzling new fantasy adventure. Check out this special message from Mackenzie Foy who plays Clara in the film!

As mentioned in the video the screenings will take place at Disney California Adventure Park where it will be presented in 3D at the Sunset Showcase Theater in Hollywood Land as well as part of the Walt Disney Presents attraction at Disney’s Hollywood Studios.  Both sneak peeks will feature a special on-screen introduction by Mackenzie Foy. 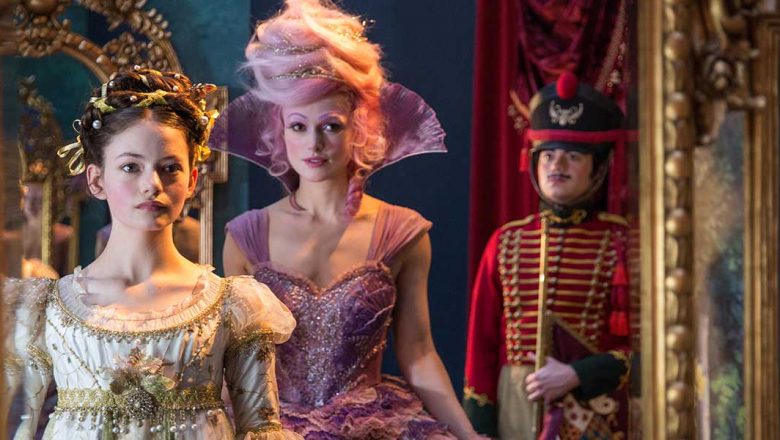 Disney’s “The Nutcracker and the Four Realms” takes viewers on a wondrous journey where you’ll follow Clara who finds herself in a strange and mysterious parallel world.  This wondrous land happens to be the home to an eccentric cast of characters.  During this journey, Clara encounters a soldier named Phillip, a gang of mice, and the regents of the three Realms: Land of Snowflakes, Land of Flowers and Land of Sweets. Clara and Philip find themselves on an incredible journey to the ominous Fourth Realm and where they must square off against the ruling tyrant, Mother Ginger to return harmony to the unstable world.

So if you’re heading to the parks during the month of October be sure to set aside a bit of time to enjoy a 12-minute preview that is sure to be nothing short of breathtaking. We hope to see you at the theater!

Considering a visit to Disney? There are still fantastic Fall 2018 discounts to be had and packages are currently available to book through until the end of 2019. Fill out our form below and an agent from MickeyTravels will be in touch with your FREE, no obligation quote.