When you think about theme park vacations, you generally don’t consider the romantic aspects. You’re going to be walking a lot and jumping on all of the thrill rides. It’s a hot, sweaty kind of trip most of the time. One of the ways that Walt Disney World is special, however, is that it affords guests with rare opportunities. One of them is that special Hallmark moment which is possible almost anywhere on the campus. Here are six romantic places to eat at Walt Disney World…plus one baller suggestion at the end that you’re never going to use.

Let’s start by setting some guidelines. I’m taking Signature Dining experiences off the table since they’re the obvious choices. Anything that costs $60 or more per person isn’t romantic inasmuch as you’re buying your date’s favor. Yes, this rules out Victoria & Albert’s, too. If you can afford to eat a meal there, you certainly don’t need my blessing, right? 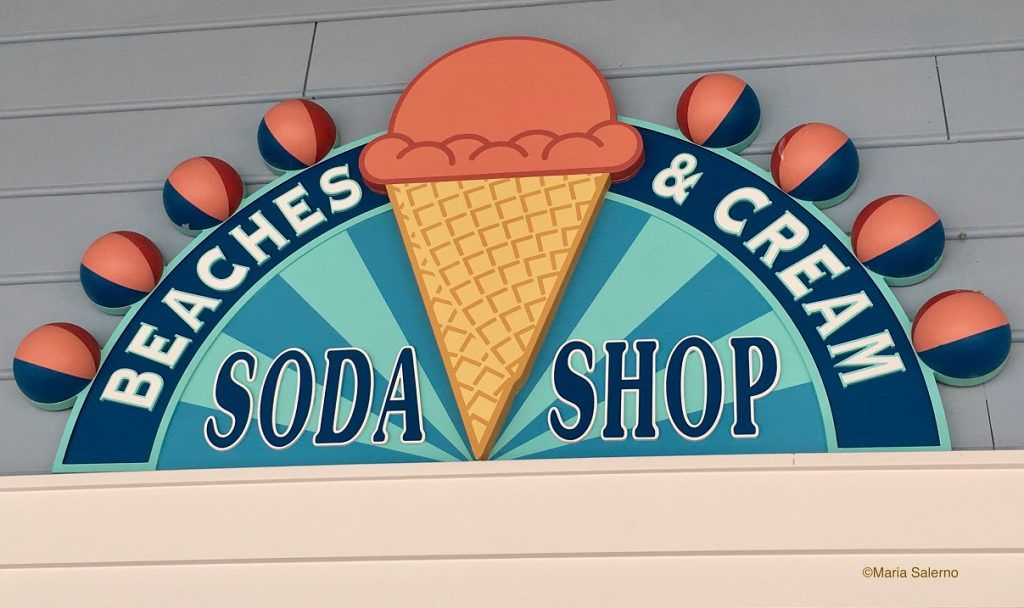 Why is Beaches and Cream romantic? This place is so small that you’ll be lucky to get reservations. Its size makes it intimate, even though it’s oddly loud. What’s magical about Beaches and Cream is that you’re experiencing the same kind of date that your great-grandparents did back in the 1950s. You’re taking your date to a malt shop, where you’ll eat cheeseburgers and share a milkshake.

Before you say that this sounds cheesy, let me remind you of something important. A malt shop date may be the reason why your great-grandparents had your grandparents, so don’t get uppity about the idea. It worked 70 years ago, and it will still work today. Frankly, if someone doesn’t want to eat cheeseburgers and share a milkshake, you don’t want to date them anyway. 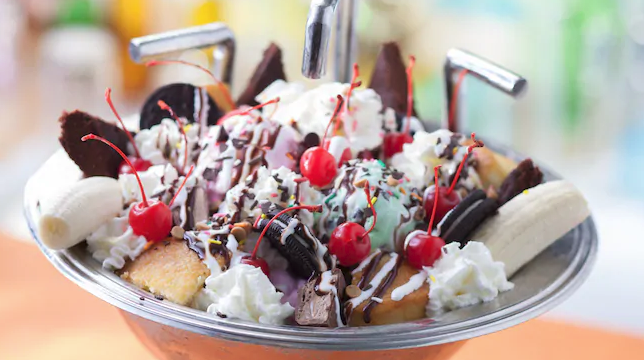 An aquarium date isn’t for everyone, but it certainly can be a lot of fun. You wander around a bunch of storage tanks, eyeing the residents. They’re literally living in a fishbowl, albeit a gigantic one, and their lives are on display for you.

Coral Reef is that date, only with a darker spin. As you watch the inhabitants of The Seas with Nemo & Friends swim around a saltwater tank, you eat your meal. And most of the menu items at this meal are seafood. Yes, you watch your prey as you devour their fellow creatures of the sea. It’s an empowering sensation that will make you and your date virile and powerful.

Okay, you never thought of the restaurant that way, because you’re not twisted like me. So, let’s go a different way with this. Nothing makes your date swoon like cute sea creatures. As a people, humans love adorable critters that are kawaii. You’ll find plenty of them at Coral Reef, especially the rays that swim through the fish tank. You’ll have a lot of fun watching them as you eat your decidedly not-seafood meal. Otherwise, you’re a monster.

You know what’s great on a date? Dancing! You know what else helps you get in the mood? Steampunk science. Well, that one may just be me, but The Edison is (almost by default) the best nightclub at Walt Disney World right now. They have live music and what they describe as “gothic entertainment.” 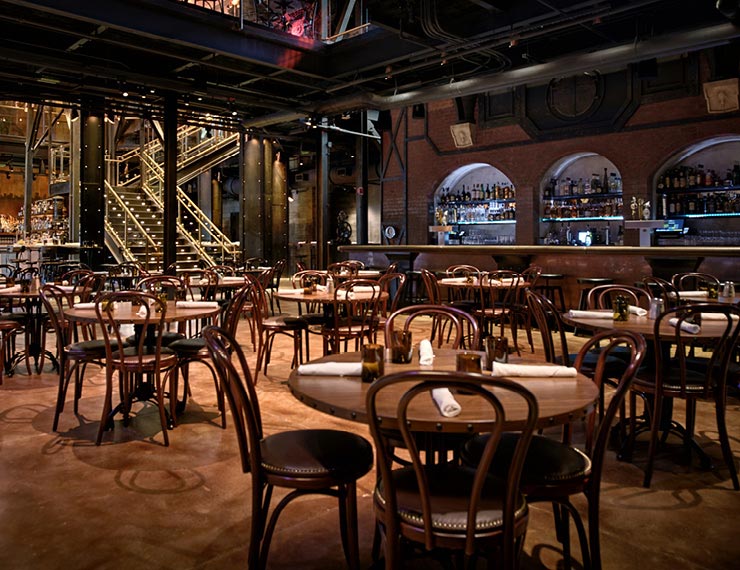 This place is admittedly kind of an oddball choice for a romantic Disney date, but that’s precisely what will cause it to stand apart from the other options. You’ll watch go-go dancers and trapeze artists and people on stilts while you eat. Then, you’ll head down to the dancefloor and rock out to industrial music. Frankly, there’s nothing else like it at Disney Springs. That sounds like the basis of a great date, right?

What, you’re too good to go bowling on a date? Folks, bowling is one of the most battle-tested date suggestions of the past century. Awkward teenagers, lacking imagination, nervously ask one another whether they know how to bowl. Then, they show up at the bowling alley, uncomfortably attempt to make conversation over their raging hormones, and eat pizza between frames. Hey, whatever works, right? 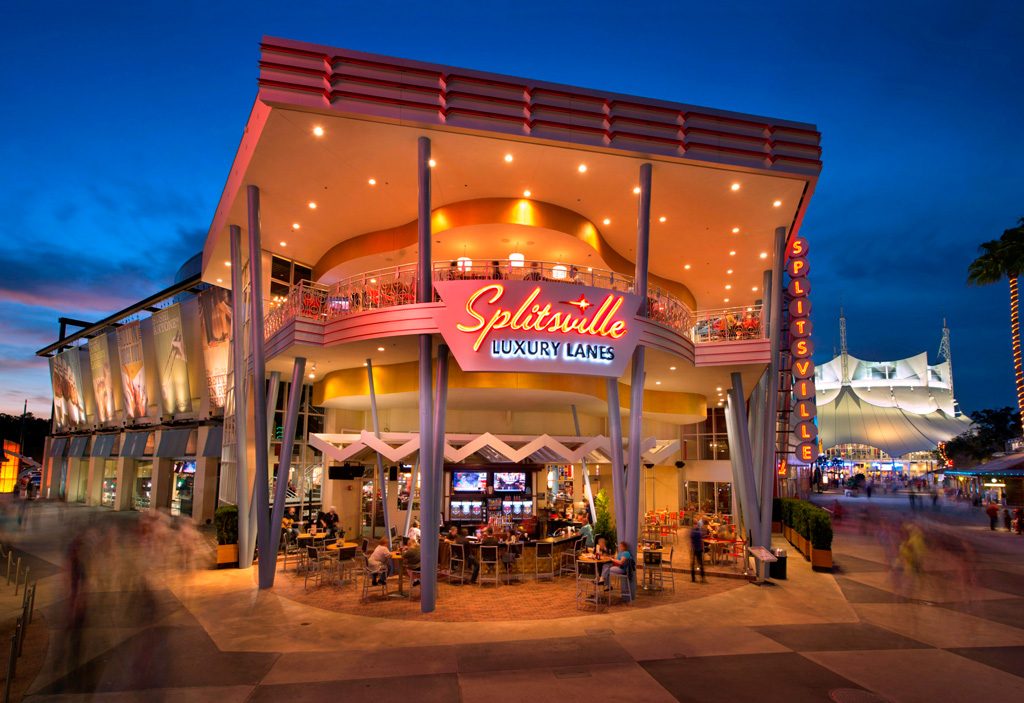 The beauty of Splitsville is that you’re recreating something from your developmental years. You’re asking your date to take a trip back in time to those wonder years when you didn’t know how terrible pizza was for you, and your back and arm never hurt when you threw the ball down the lane. And since you and your date are unlikely to have been together since you were teens, you get a flash of rare insight into what your favorite person was like back then. For these reasons, Splitsville is a great date. Plus, you show a LOT of confidence even to suggest it.

Caveat: None of this applies to you if you’re a teenager. Go somewhere more adult instead. You look lazy if the best idea you’ve got is bowling. Yes, it’s a paradox.

I once watched a movie where the protagonist claimed that she collected hobbies. I understand her meaning when I think about Walt Disney World, a place that collects vacation destinations. Many of their resorts and locales are themed to other popular destinations like beaches, dude ranches, and old-school boardwalks. Their restaurants follow the same philosophy. 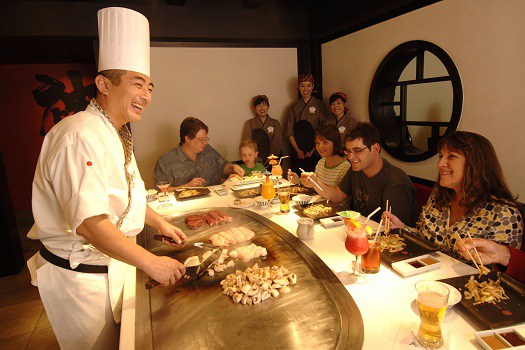 Teppan Edo is a wonderful example, as it’s a Teppanyaki eatery. For those of you unfamiliar with the term, it’s a Japanese style of cooking where the chef prepares your food on an iron griddle, oftentimes while you watch. Perhaps most recognizable at Benihana, it’s a place for dinner and a show. The chef entertains while they cook, performing a few dexterous juggling acts with their cutlery. It’s all in good fun, and it’s a time-proven date idea.

The magic of Teppanyaki is that you don’t have to entertain your date during the evening. Instead, a chef does that for you. You and your lover simply sit back and laugh at the festivities, occasionally quipping about the oddity/absurdity of the whole thing. For this reason, Teppan Edo makes for a wonderful romantic meal in a controlled environment. It’s a type of date that people have been having ever since Benihana opened in 1964. You can’t possibly mess that up, right? RIGHT?!

I just lost you, right? Again, let me explain. Whenever someone performs a dating poll, men and women alike agree that one of the most attractive qualities in a person is sense of humor. You don’t want to spend months, much less years, of your life with someone who doesn’t make you laugh. That’s how you wind up on Real Housewives in your city. 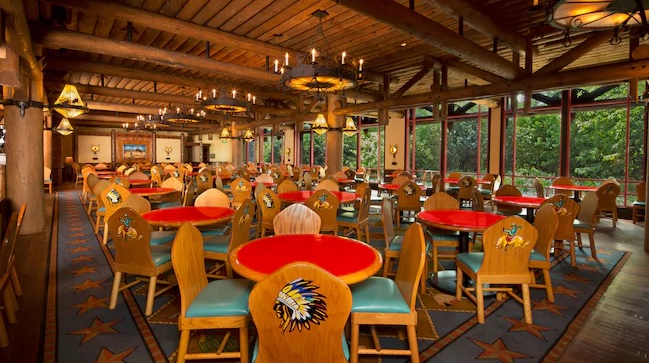 You need dates that put a smile on your face. Which place at Walt Disney World is most likely to do that? Whispering Canyon Café is the goofiest meal you’ll ever eat, and that’s precisely why it’s romantic. You and your partner can order the ketchup and crack up as a Heinz factory worth of this condiment arrives at your table. The shenanigans here will have you both in stitches.

Your date will love that you didn’t take the lazy option of a snooty meal at Monsieur Paul. Instead, you were willing to show your true self and order the All-You-Care-to-Enjoy Skillet. And then you weren’t afraid to order seconds! Remember, people. Even at Walt Disney World, you’re the one who brings the romance to the relationship!

Do you think that Victoria & Albert’s is too expensive? If so, you might want to stop reading. I’m about to suggest something that’s several exponents pricier. The Bungalows at Disney’s Polynesian Village Resort are super-expensive. You’ll pay roughly $2,000 for this suggestion. As such, it’s only for that special evening that you never want to forget. Think marriage proposals, ten-year anniversaries, or the like. 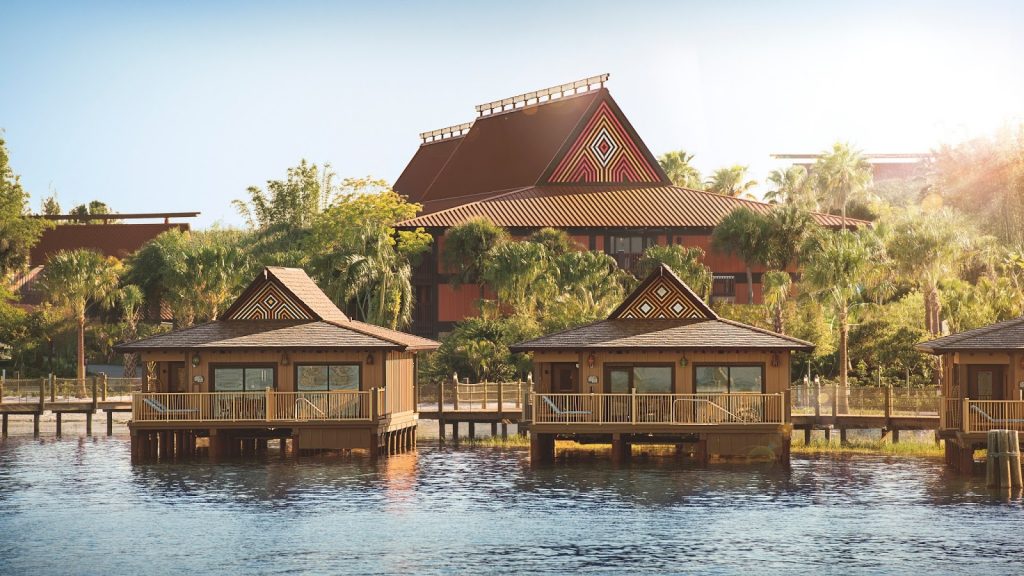 When you have that sort of event in the offing, the Baller Option is to book a bungalow for the night. I know that you’re wondering what this has to do with food. Let me explain. Disney hotels have room service.

At the Polynesian, ‘Ohana is one of the options for room service. Many of the foods that you get are straight from the ‘Ohana menu. Well, that’s not quite accurate. ‘Ohana doesn’t have a menu. Instead, it’s a series of meal courses, each of which is divine. The Baller Option is to spend the night at a Polynesian bungalow, order a meal to arrive ten minutes before Happily Ever After begins, and then watch the fireworks from the patio deck. Friends, if your date doesn’t love you after that, you’re stuck in the friend zone for all eternity.