Who’s up for a bit of Disney daydreaming today? A few months ago, MickeyBlog discussed the hottest community in Orlando. Golden Oak is where the most affluent Disney fanatics live. Many of them originally purchased their properties as vacation homes but ended up moving to Walt Disney World permanently.

I mean, who wouldn’t want to do that if they had the chance? It’s a literal dream that comes true for a fortunate few. Let’s take a look at some of the Golden Oak homes on the market to see what a few million dollars gets you at Disney. 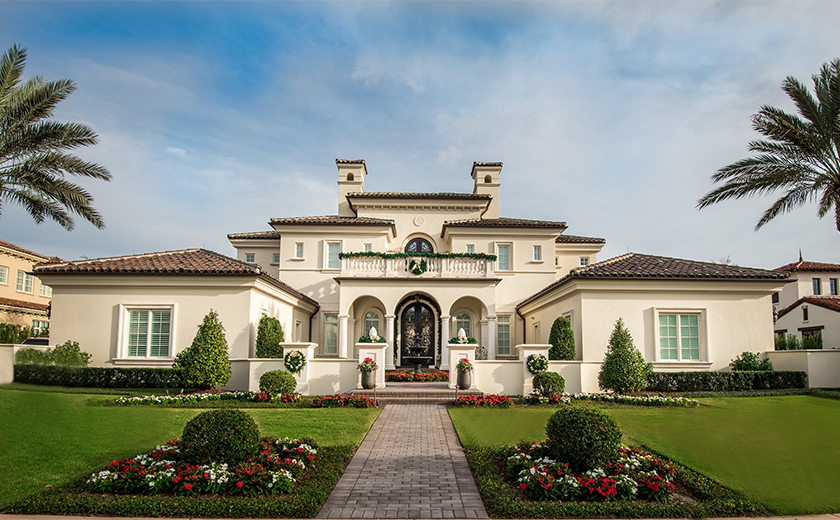 The Styles of Golden Oak

When you purchase a Golden Oak home, you’ll work directly with Disney’s real estate team. The corporation has selected eight construction companies to build homes here, and some of the designs are exotic. According to the Orlando Sentinel, one detail-oriented buyer owns a home with a ballroom that mirrors Cinderella, a stretching room similar to the one in the Haunted Mansion, and “singing cake platters.” Personally, I’m not certain that I want my dessert plates singing while I eat, but hey! It worked for Belle. 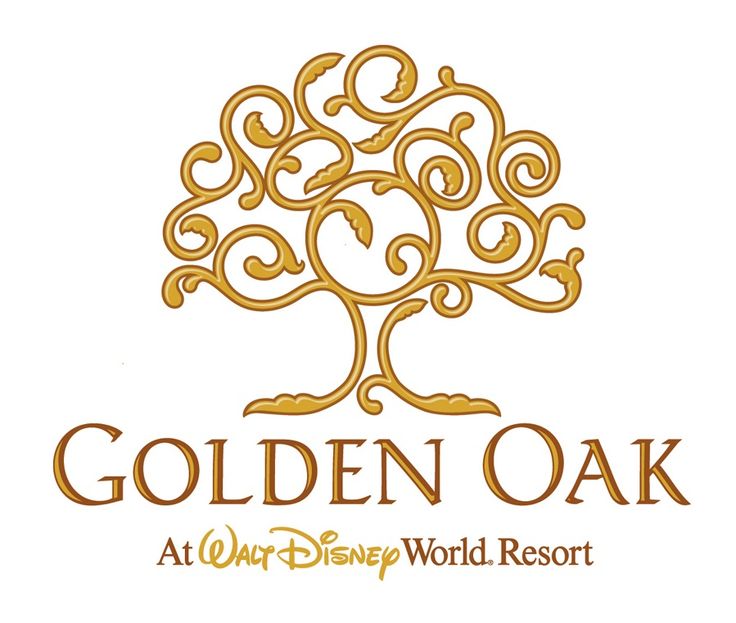 The important takeaway from this article is that Disney wants to bring your fantasies into reality at Golden Oak. When you find something inspirational in a Disney film, you can add it to your new home. All you need is the idea and the financial wherewithal. I presume that a stretching room has an elevator system in place. 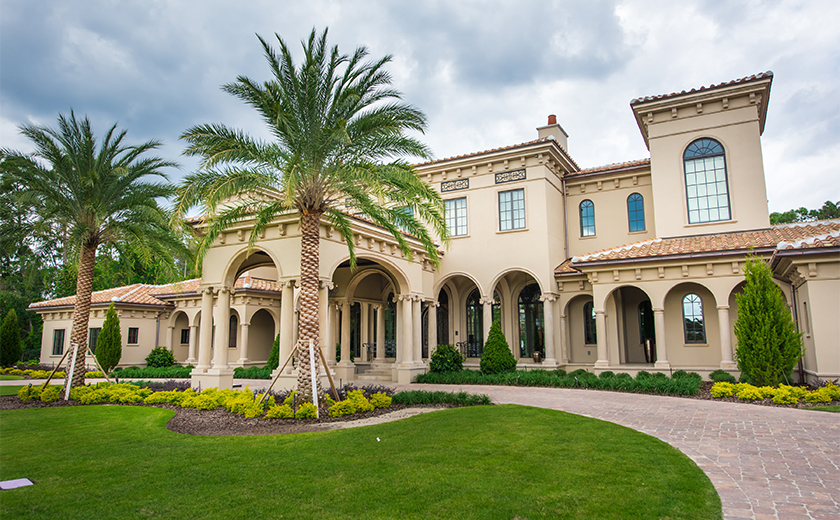 It’s not something that basic homebuilders add to houses, either. So, the upcharge is probably hefty. Isn’t it worth the money to feel like your home is a haunted mansion, though?

The style of the Golden Oak homes depends entirely on its owner. This rare opportunity has attracted several wealthy Disney fans. In fact, NBA veteran Brook Lopez used part of his three-year, $63.5 million contract to buy a house in one of the neighborhoods. Lopez is such a Disney fanatic that he frequently spends off-days at Walt Disney World and Disneyland when he has games in Los Angeles or Orlando. 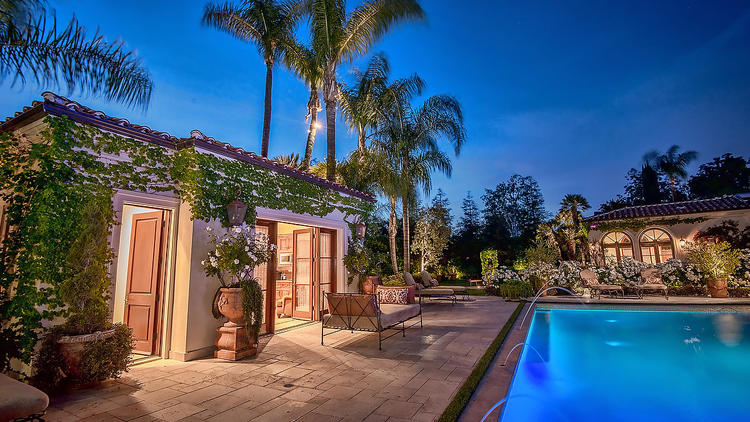 Lopez’s head coach recently admitted that he felt bad when the player couldn’t spend a day at Magic Kingdom. And here you thought you were the only one who felt devastated when you couldn’t spend the day at Disney! In actuality, people like former Wal-Mart CEO H. Lee Scott Jr., wealthy individuals who could live anywhere on the planet, choose the Most Magical Place on Earth. Specifically, they choose Golden Oak.

The nature of home ownership at Golden Oak has evolved since its inception. The community is only a few years old, originally announced in 2010. The first owners moved in two years later, and Disney has scaled the plans for this neighborhood in the interim. 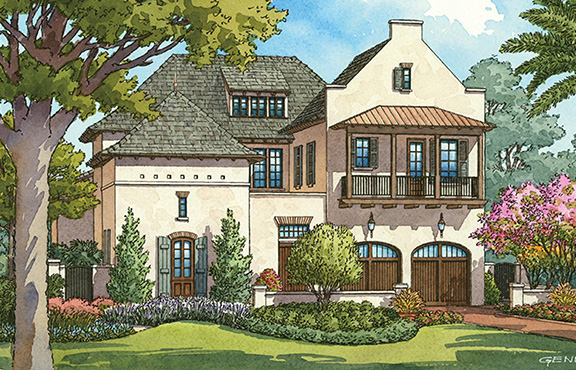 At first, Disney sold roughly 30 Golden Oak homes at a cost of $1.8 million to start. By the time the sixth neighborhood, Kingswell, opened in 2016, the entry point had crept up to $3 million. The size of the homes has scaled similarly. Some of the earliest homes were *ahem* modest in scope, starting in the 3,100 square feet range. At Kingswell, the smallest homes are 5,000 square feet. Take that, Tiny House shoppers!

The changes are a product of the success of the neighborhood. As you’ll recall, America was just getting out of a recession in 2010. The real estate market would struggle for a couple more years. Disney’s ambitious plan to build a neighborhood for the one-percenters seemed extremely optimistic at the time.

What people underestimated was the love people feel for Disney products. The idea of a Disney-licensed home enticed a lot of buyers, ones with deep pockets. Golden Oak has consistently exceeded expectations with its growth and sales numbers.

The Neighborhoods at Golden Oak

The current belief is that Kingswell, the sixth neighborhood, is the last one, although real estate analysts are understandably dubious. Disney’s profit margin on these Golden Oak homes is outrageous. As long as people are willing to buy, adding more neighborhoods makes sense. At the moment, the six locations are Carolwood, Kimball Trace, Kingswell, Marceline, Silverbrook, and Symphony Grove.  The Golden Oak site indicates that there are 290 homes planned for these neighborhoods. 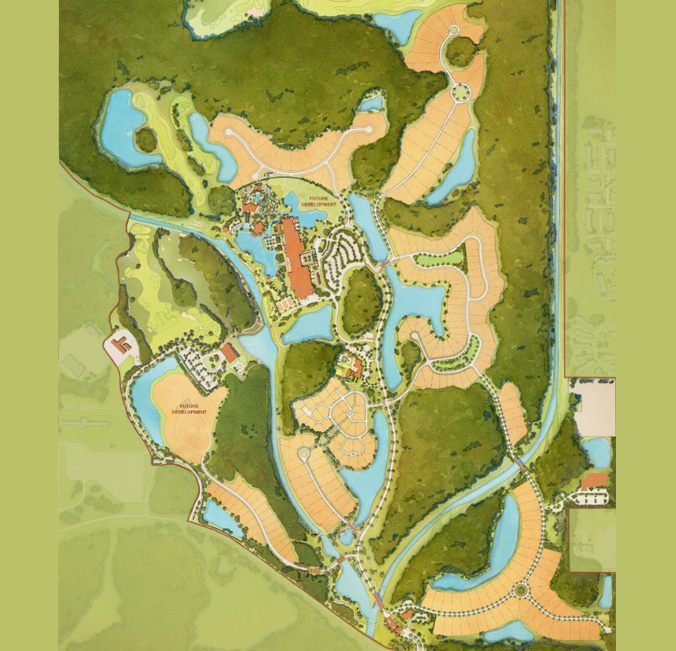 Disney describes Carolwood as “surrounded by natural preserves and enhanced by lush landscapes and native plantings.” The homes here are comically large, ranging between 6,500 and 12,000 square feet. Kimball Trace is “A charming Tuscan-inspired village, this intimate collection of creatively designed courtyard homes is nestled amid lush landscaping.” These residences are saner in size, generally between 3,000 and 5,000 square feet.

Fans of Walt Disney will smile at the name of Marceline. The homes here are on the smaller end for Golden Oak – and yes, I crack up every time I type this – at 3,100 to 6,000 square feet. The best aspect of this neighborhood is its twin parks. One of them is “Charming Park, which features enchanting sculptures of the classic Disney movie characters, Snow White and the Seven Dwarfs.” Silverbrook is a bit more upscale, with homes between 5,000 and 7,000 square feet. It is closest to the Summerhouse clubhouse, too.

Symphony Grove is the other property that celebrates classic Disney cinema. The official site describes it in tantalizing fashion: “An homage to “Silly Symphonies,” Walt Disney’s animated short-film classics, this vibrant new neighborhood will be an inspired original.” These homes border on modest at 3,600 to 4,900 square feet. As for Kingswell, its massive homes are all near Ferndell Park, making it one of the most desirable locations in addition to having some of the largest homes.

Shopping for Your Dream Home

The joy of Golden Oak is that it’s the ultimate place to do your Disney daydreaming. You can look at the homes available for sale and pick your favorite. At the moment, listings range from $2.25 million to $5 million. When you click the link, you’ll see something interesting, too. 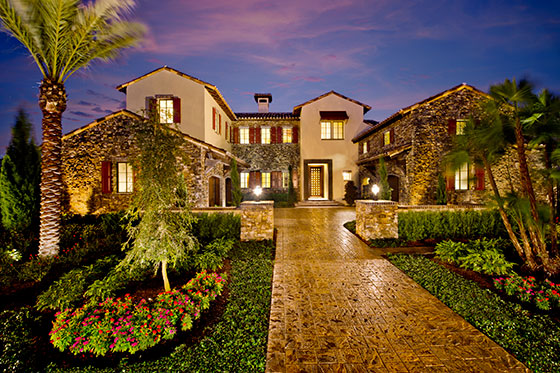 Disney lists resales, move-in ready homes, ones under construction, and ones that are in pre-construction. The listing page shows each of them, meaning that you can pick one that’s already built or fantasize about the special touches you’d want in your custom home.

At the time of publication, the least expensive listing is a new construction in the Marceline subdivision. Called the Salerno, this floorplan is 3,574 square feet, but Disney is kind of  stingy with the images for it. The Pienza, a resale unit, has more than a dozen pictures of its 4,287 square feet. It seems like solid value for $2.35 million. 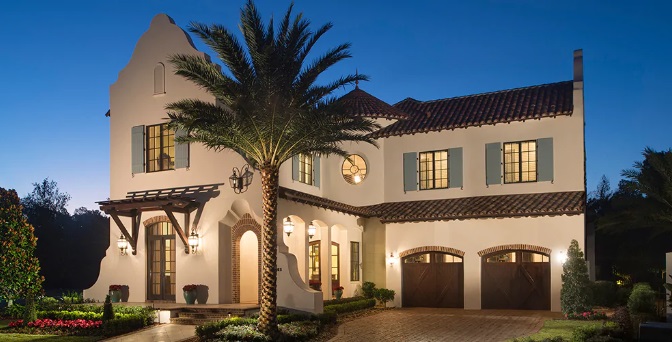 A mid-range listing at Golden Oak is this custom Tuscan design. The person who planned and decorated this property’s 5,564 square feet has impeccable taste. The pool area in particular is gorgeous, and I love that it has mouse ears at the bottom of the water. This place seems like a great deal for $3.2 million…assuming that you can spend $3.2 million on a home.

Titans of industry should take note of the Montecito, the most expensive listing currently available. At just under $5 million, it’s expensive even by Golden Oak standards. For that money, you get 7,001 square feet of property, though! I’m actually not a huge fan of this one, although I love the pool and the bathtub. 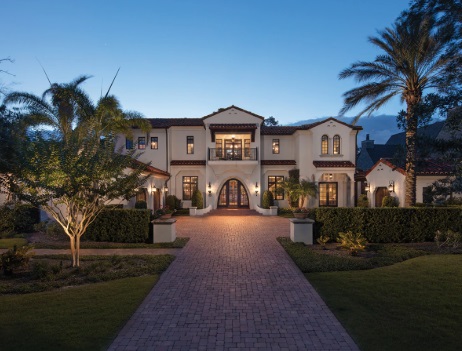 To me, the loveliest property currently for sale at Golden Oak is the Cortile, which features the patio of my dreams. At $3,950,000, it is a million cheaper than the Montecito…but not that much smaller at 6,316 square feet. Honestly, anything over 2,000 square feet is wasted on smaller families anyway. That pool and that patio are mind-blowing, though, and the master bathroom shower is also an HGTV episode waiting to happen.

The glorious part of all the Golden Oak homes is that you get to add your own Disney touches. Many of these properties have Hidden Mickeys built into their construction. You’ll have the option to have Disney decorate your home for the holidays, too! Sure, it costs money to do this, but if you can afford to live at Golden Oak, what’s a few bucks to have the most awesome holiday light show? 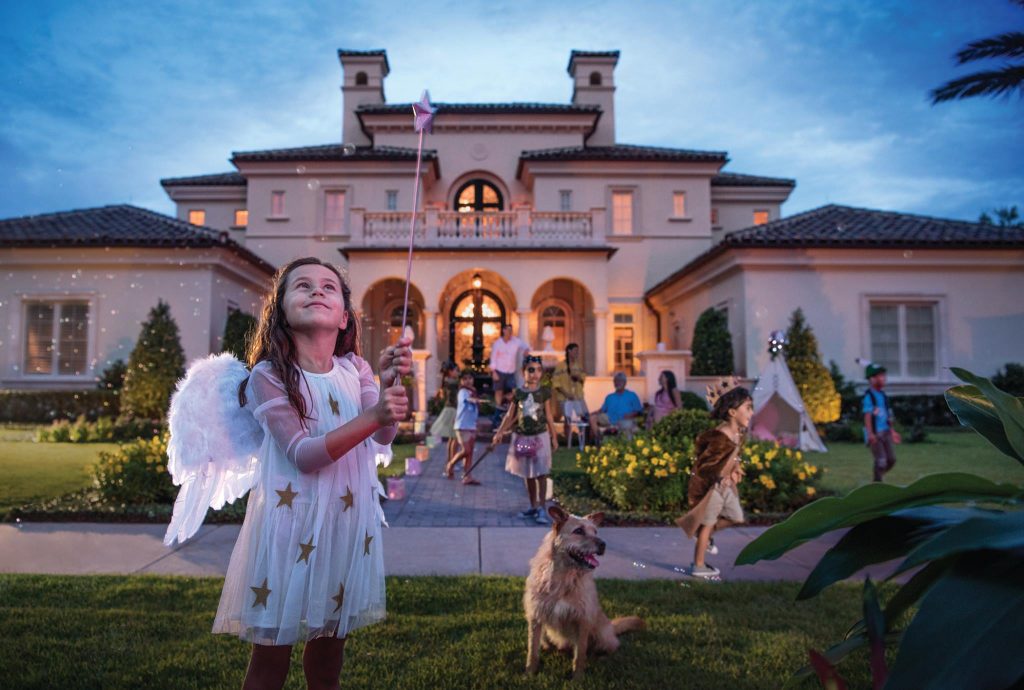 So, which of these Golden Oak homes is your favorite? And which neighborhood would you want to live in? Whatever the answer is, get busy trying to get rich enough to own a home here! It’s the ultimate for Disney fans.