Lords and Ladies…hear ye, hear ye! Mickey Mouse and his band of Merry Makers have hereby invited every man, woman, and child visiting Magic Kingdom Park to join him in welcoming his long-traveled friends to his home! Mickey and his friends have just returned from a long journey around the world, where they have spent the last few months searching out some famous friends…and each and every one has accepted his invitation and have arrived at Magic Kingdom with flying colors, complete with bright colors, fun music, and an impressive royal cavalcade – Mickey’s Royal Friendship Faire! 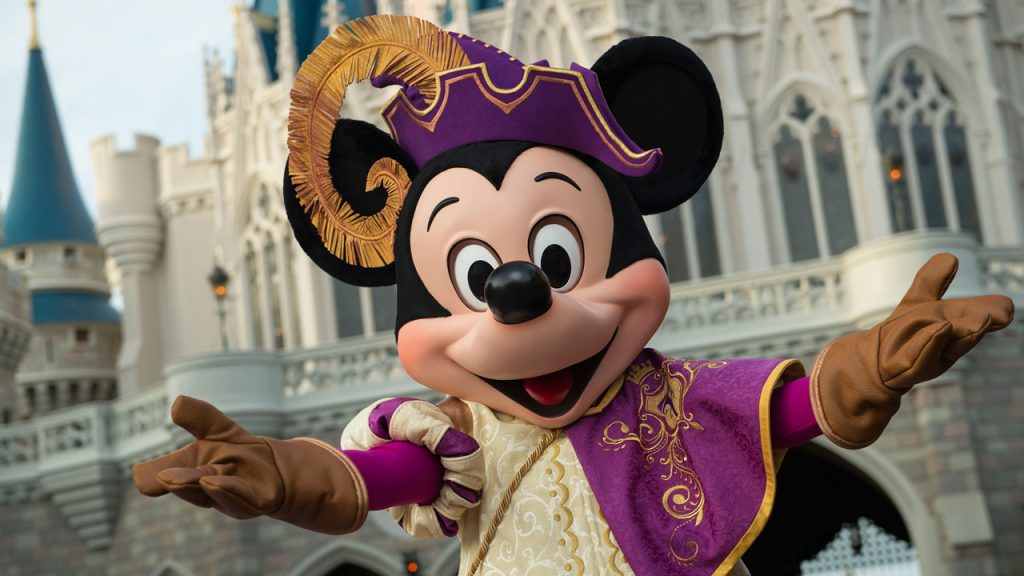 The cast of the newest Cinderella Castle foreground show has been rehearsing a performance for some time now, and to meet the high demand, the show takes place multiple times daily; there is no excuse for missing your chance to catch a performance! Starring some of the biggest names in Disney film history (more on that later) the show is tailored for families- if you have a daughter of 15 and a preschool-aged son, take them both! I challenge you to watch a performance from beginning to end and not sing and clap along to the beloved tunes…it’s nearly impossible! Before you line up for the show, it’s time to go behind the curtain of the newest castle foreground show: Mickey’s Royal Friendship Faire!

A Story With Character(s)

Since I were a kid, there here have been so many incarnations of shows taking place in front of Cinderella Castle that even I can’t remember them all! That tells me two things: first, they weren’t extraordinarily memorable, and second, they were all much, much too similar…to the point that I can’t differentiate even major plot points! Obviously, the folks over in the Disney entertainment department felt the same- or maybe they finally heard enough guest backlash over the mediocre shows- and decided to make a change. Enter: Mickey’s Royal Friendship Faire

Since its debut in 2016, the show has far surpassed each of its predecessors in every category, and you’ll never pass by a performance without a fair amount of guests taking it all in! In a nutshell, the plot goes like this: Mickey has invited all of his friends to Magic Kingdom to celebrate friendship and all the happiness and joy that goes along with it- and he’s invited you too! 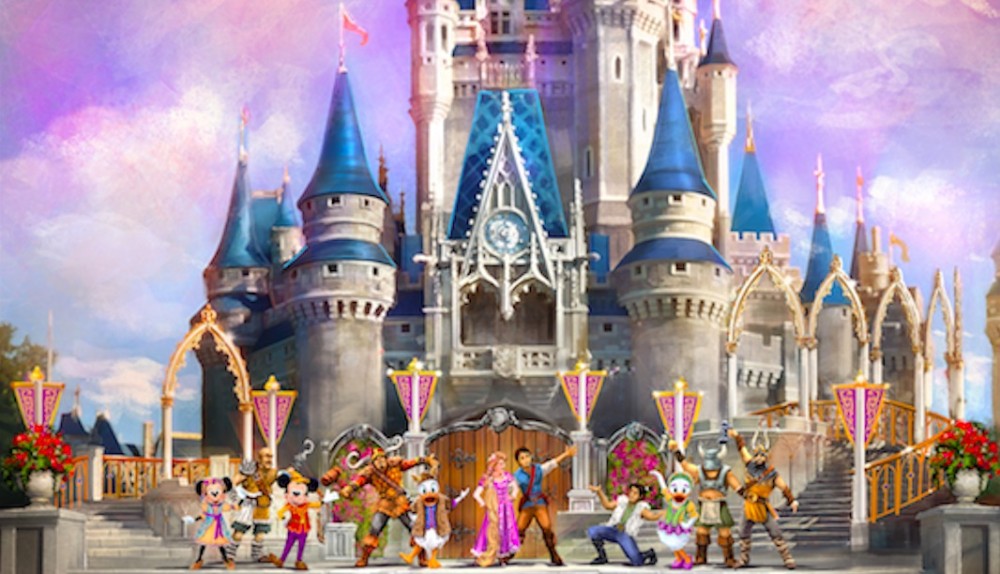 As soon as the opening numbers’ applause dies down, the character introductions begin. At first glance, you’ll notice that the show is designed to include classic Disney songs and familiar faces. Tiana, Goofy, Anna and Elsa, Olaf, and even a villain or two make up the recognizable cast, but there is something unique about the featured characters…they aren’t featured anywhere else in the Parks! While you can meet Tiana and wave to Anna and Elsa in the parade, the characters were chosen specifically not only to please their hoards of adoring fans (and there are plenty!), but because they are all characters who are underrepresented in the theme parks…pretty cool!

When the holidays roll around in the Parks, the entertainment and décor get a complete overhaul. At Halloween, the Parks glow with orange colored banners and colors that reflect the fall foliage. Around Christmas, Festival of Fantasy parade is replaced by Once Upon A Christmastime parade, giving guests even more reason to visit during the holidays. With the debut of Mickey’s Royal Friendship Faire, a new take on Holiday entertainment was introduced. Instead of replacing- or stopping- the show during Holiday times, the finale is tweaked to reflect the season! For example, if you see the show at Christmas, the finale number features gorgeous snow-inspired costumes and an all-new song that make the show appropriate for any and all seasons! 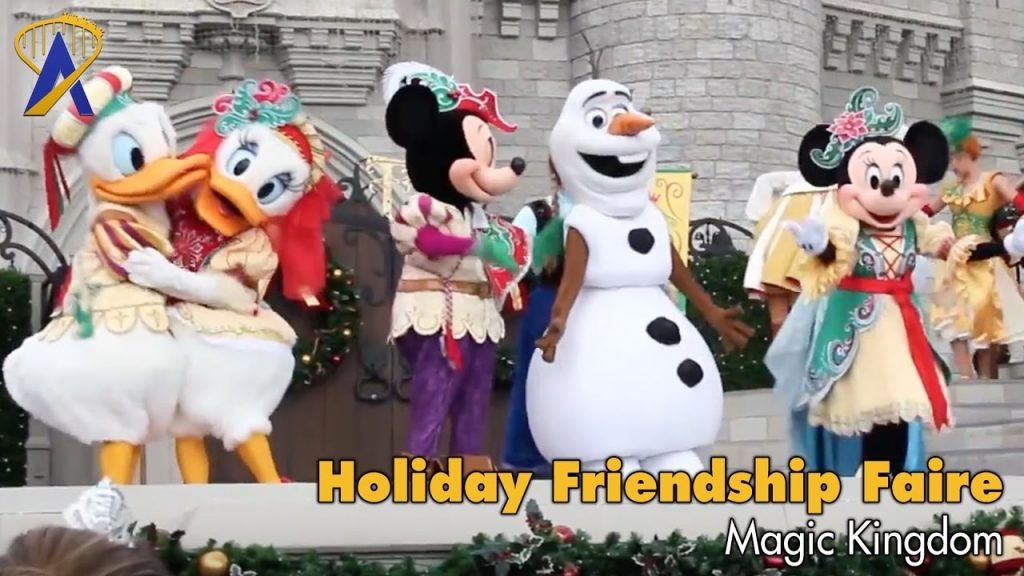 The show begins with Mickey and his usual group wearing some not-so-usual costumes. Mickey is featured in other stage shows like Fantasmic!, and in it he dons multiple looks that we’ve all become familiar with through the years like classic Tuxedo Mickey and of course, The Sorcerer’s Apprentice! Mickey’s Royal Friendship Faire was the first show in quite some time to have Mickey in a brand-new costume! The costumes worn by Mickey and his friends are a direct import from Asia, as up until the opening of the show, the only place you were able to see Mickey in this outfit was overseas!

The show is all about friendship and the celebration of differences, and the writers waste no time in introducing Tiana and Naveen after that bright and happy Main Street USA-style opening. Straight off the boat from NOLA, ‘Disneyfied’ jazz music is featured during this segment, and the traditional trumpet riffs inform the deep southern dancing. As quickly as the jazz section ends, we are immediately introduced to Flynn, Rapunzel, and the thugs from the Pub in Tangled. The Broadway-style I’ve Got a Dream (Tangled) is so stylistically different than the preceding numbers, yet the seamless transition from segment to segment makes it almost unnoticeable. In another drastic style change, we head to Arendelle to cool things off with Elsa and Anna. Basically a Broadway showstopper, Let It Go makes for the fourth drastically different style in less than 15 minutes. 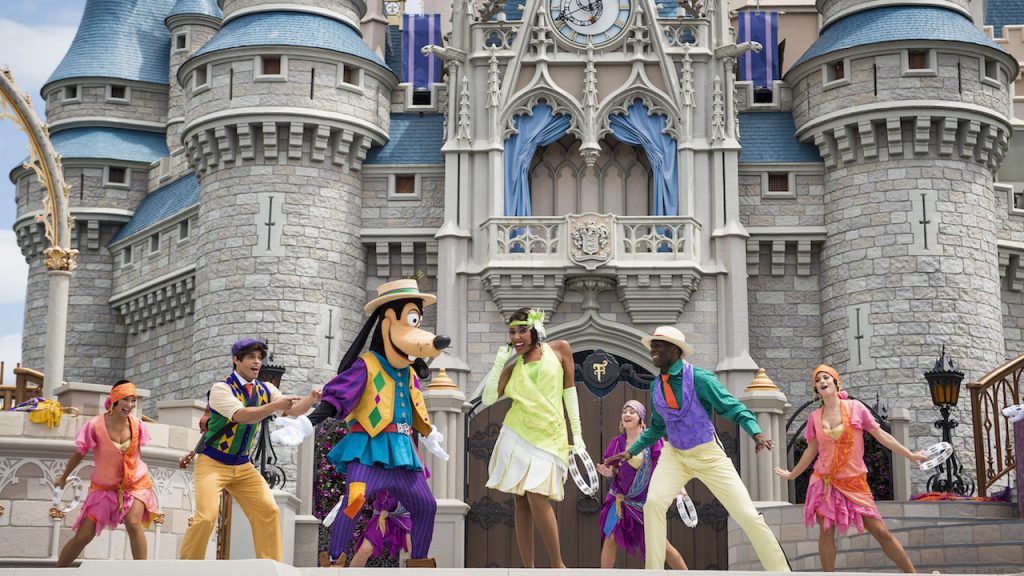 Until I looked back on the show as a whole and did some research on what went into the creative process, even I didn’t realize that the nuanced way the show transitions from style to style and scene to scene were designed to appear seamless…while in reality they are a total and complete departure from what came before! Next time you watch the show, take special note of the instrumentation and choreography in each segment. The opening is as ‘Disney Parks’ as it gets and simplistic box steps and arm movements are the extent of the choreography. In the very next, choreographically complicated scene, the instrumentation and level of dance do a complete 180…there is even a tap dance section! The message that cultures, music, and corners of the world may drastically differ, but if we simply ‘dig a little deeper’, we will hardly notice the differences at all. So now that you’re armed with plenty of behind the curtain knowledge, stop by the stage in front of Cinderella Castle and watch the show through a whole new set of eyes…you’ll be surprised at how differently it comes across!