Disney and snacks are synonymous.  With so many delicious Walt Disney World Snacks to choose from, it can be a challenge deciding what to eat. Even selecting  which snacks to write about is difficult, however, that is exactly what I’m going to do!  The next time you’re at Walt Disney World, you’ll know which snacks you can’t miss.

Disney is always reinventing itself with new and exciting snacks, but these first three snacks have been around for years! They’ve have become favorites of Disney foodies and for good reason!

The Dole Whip is a delicious and mouthwatering pineapple soft serve treat. If you’re thinking ‘pineapple soft serve’ sounds boring…you’re wrong! Words just can’t capture the magic that exists inside a Dole Whip. Whether you prefer the original Doel Whip, the float, or the pineapple upside-down cake version, you’ll understand why the Dole Whip is so popular. The Dole Whip can be found in Magic Kingdom at Aloha Isle, in Animal Kingdom at Tamu Tamu Refreshments, and at the Polynesian Village Resort. Give it a try and I promise you that it will quickly become one of your favorite Walt Disney World snacks. 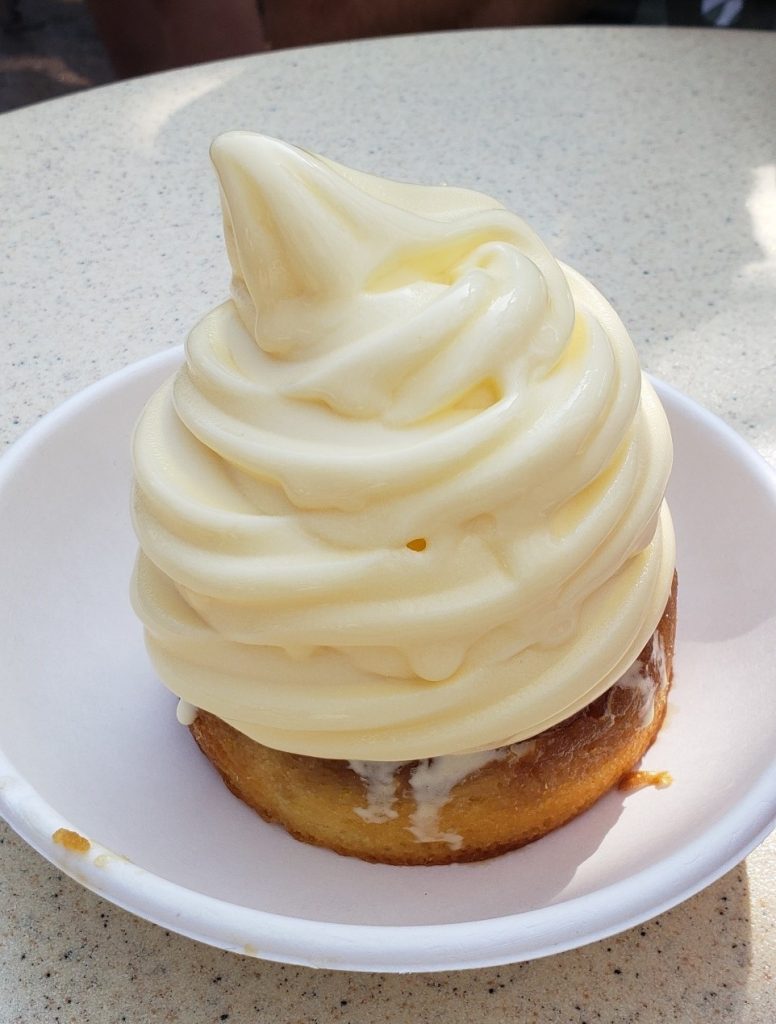 The Mickey Ice Cream Bar is a classic Disney favorite and can be found in every Walt Disney World park. Made up of a creamy vanilla ice cream and a rich dark chocolate coating, it’s the perfect snack to help you cool off in the Florida heat! The iconic Mickey Mouse head is a thrill to bite into! This is one of the best Walt Disney World snacks you’ll ever have!

Located at Sweet Spells in Hollywood Studios, this snack is reminiscent of a whoopie pie consisting of two carrot cake cookies, which are then filled with a thick layer of cream cheese icing. Whoa!  The cookies/cakes are fluffy and moist, and the icing is sweet and delicious. It is a rather large snack which makes it great for sharing with the family!  Or maybe not! 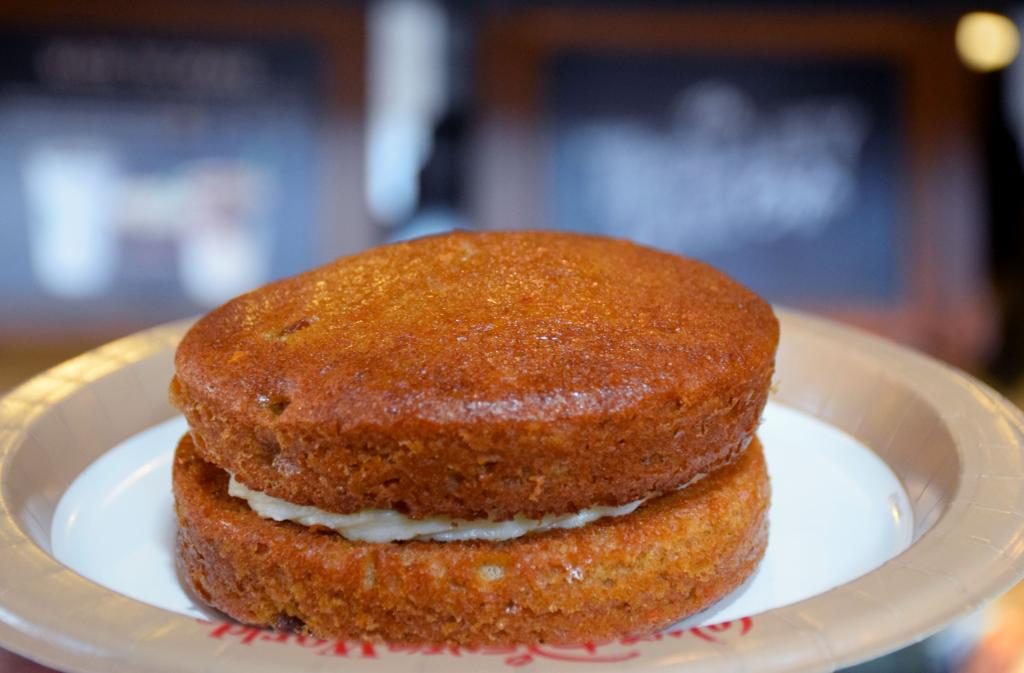 Now that we’ve covered some of Walt Disney World’s well-known favorite snacks, it’s time to discuss some other must have snacks during my Disney vacations!

The Roule Lard et Fromage is found at Epcot’s France Pavilion in Les Halles Boulangerie-Patisserie. This is by far one of the best things I’ve ever eaten at Walt Disney World. Usually, I’ll eat more than one when I go because they are simply that good. The Bacon Cheese Roll consists of doughy bread rolled up with cheese and bacon. Who doesn’t love bacon?! The bread is soft with a chewy crust and each layer has a generous amount of cheese and bacon. It’s so yummy and each bite is just as delicious as the last. 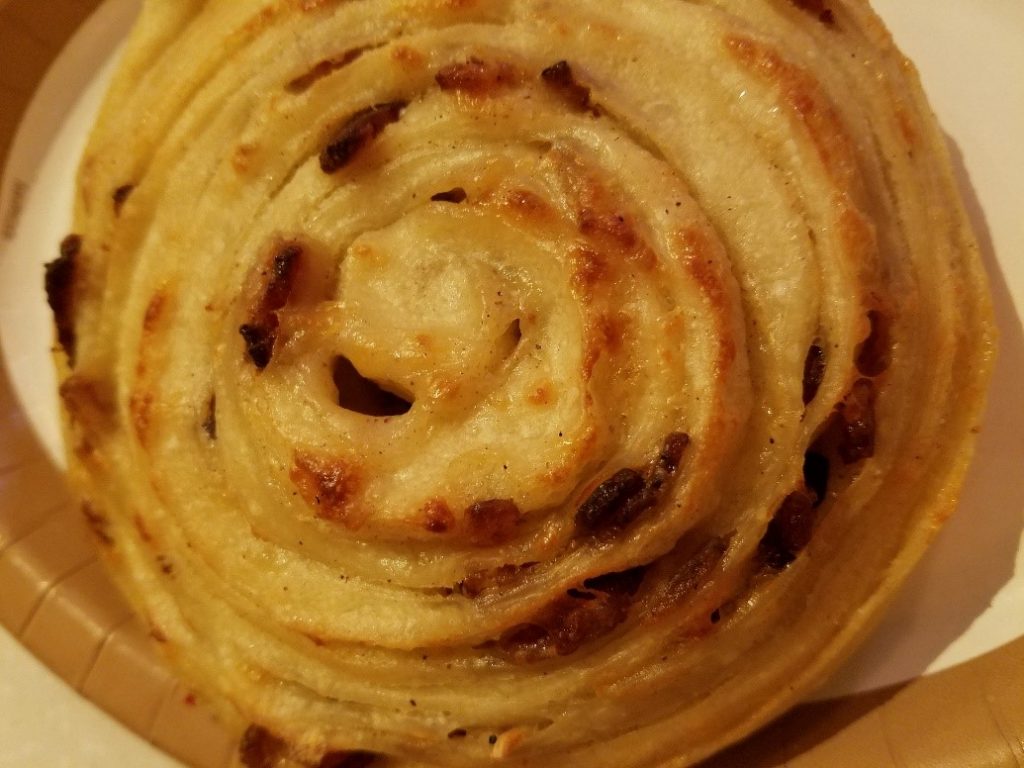 Also located in Epcot at Les Halles Boulangerie-Patisserie, the Chocolat Tart is the perfect treat to satisfy a chocolate lover’s cravings. This chocolate tart has a thick, flaky crust with a bitter caramel filling, and includes a sweet chocolate mousse. If that’s not enough, it is then topped with two circular pieces of solid chocolate making this snack delicious to eat, and beautiful to look at, all at the same time! 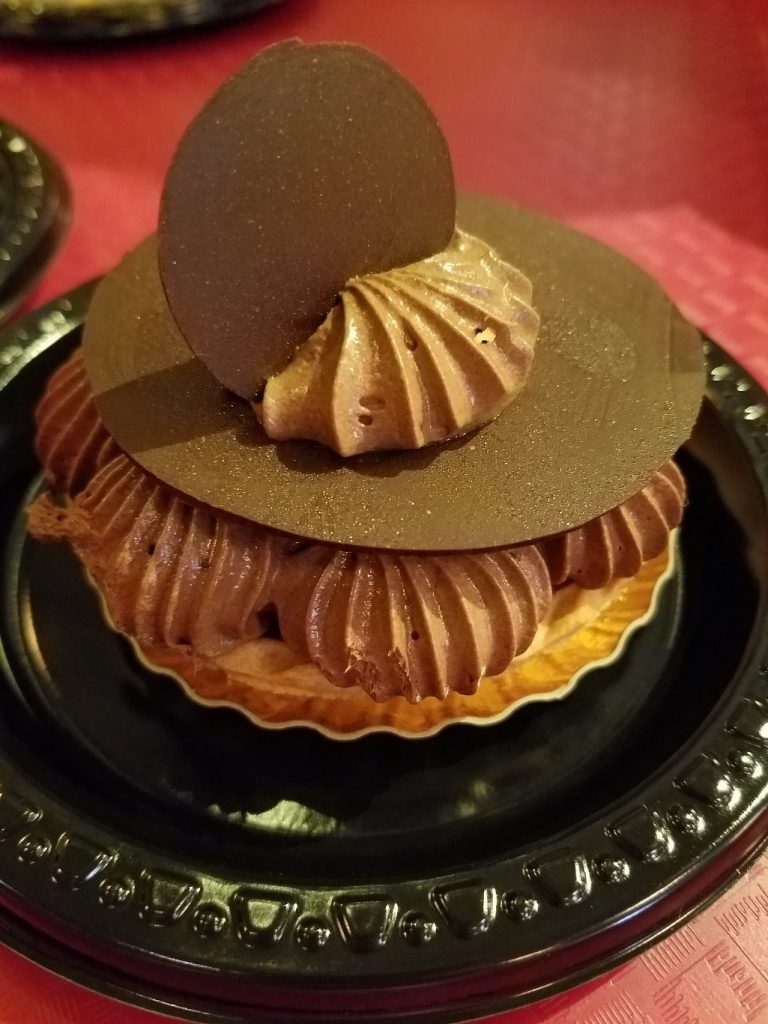 This Fraises/Strawberry tart can also be found in Epcot at Les Halles Boulangerie-Patisserie.  It is another fantastic treat! Fraises, which translates to strawberries in French, is a tart filled with vanilla cream and topped with glazed strawberries. This is one of the bakery’s prettiest snacks, and quite delicious. The crust is flaky, and the sweet cream and tart strawberries make a perfect combination that is akin to strawberry shortcake. 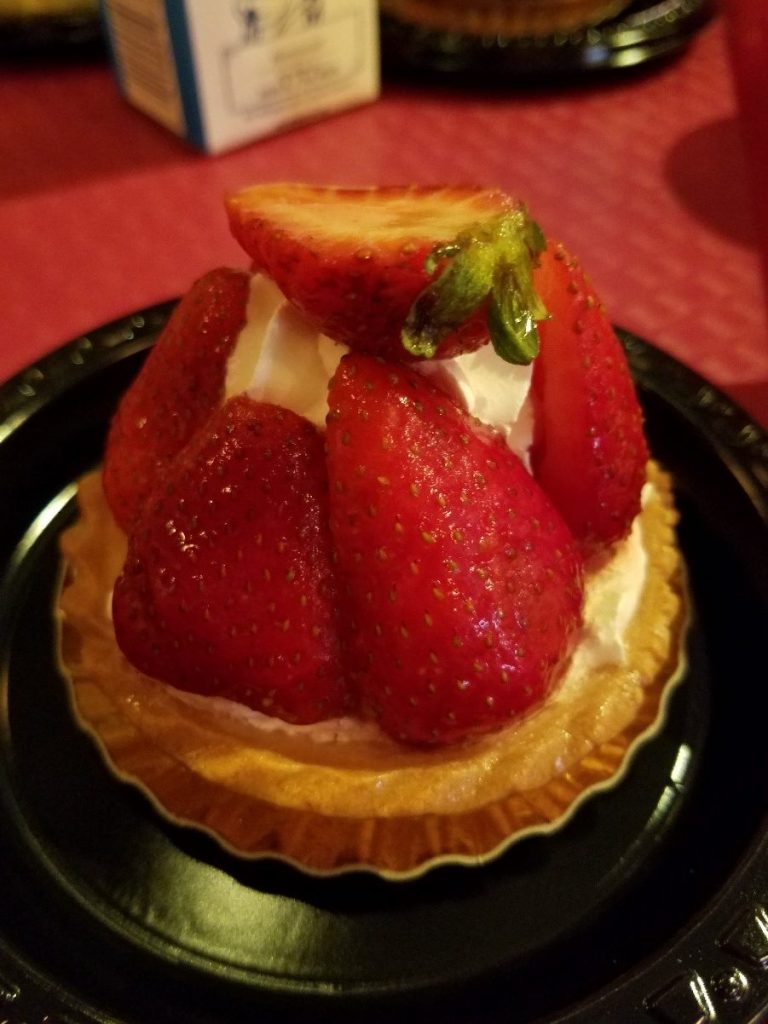 Next, we’re off to Epcot’s Germany Pavilion to visit Karamell-Kuche. Everything in this shop is delicious, but the pineapple spear is phenomenal. It’s a simple, yet fantastic treat and shouldn’t be overlooked. To make this delicious snack, they take a pineapple spear dip it in chocolate and then drizzle it with caramel. I will warn you it can be a little messy, but it’s definitely worth it! Just grab a napkin and you’ll be OK! 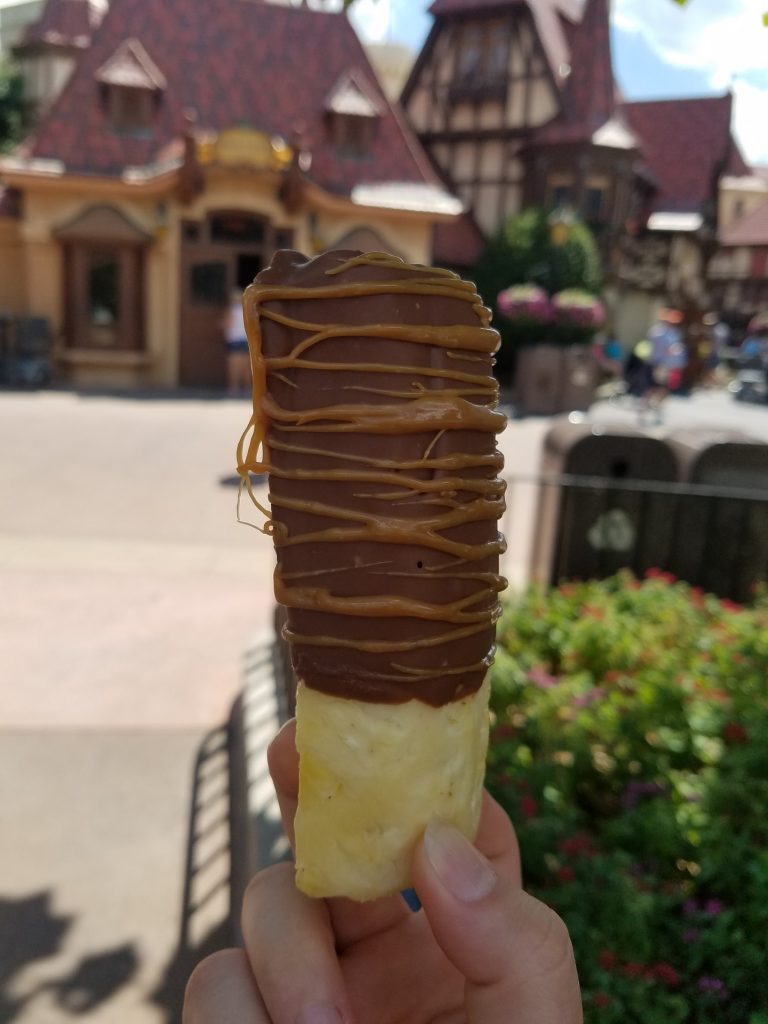 Last, but certainly not least, is the Fresh Fruit Waffle Sandwich. Found in Magic Kingdom at Sleepy Hollow, this snack is a magical Disney concoction. It consists of a large and fluffy waffle smeared with a chocolate-hazelnut spread, and then topped with strawberries, bananas, and blueberries. Once all that goodness is put together, they fold it in half and then it’s yours to enjoy! 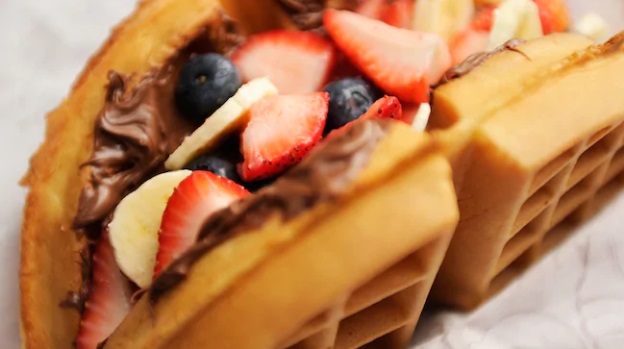 These are just a few of the wonderful snack options that Walt Disney World has to offer.  Make sure to try some of them on your next Disney vacation!  You’ll be glad you did!