It’s hard not to be impressed with the incredible treats available at Walt Disney World this Summer, especially the latest addition to Disney World’s snack line-up- the Iridescent Mermaid Cupcake! 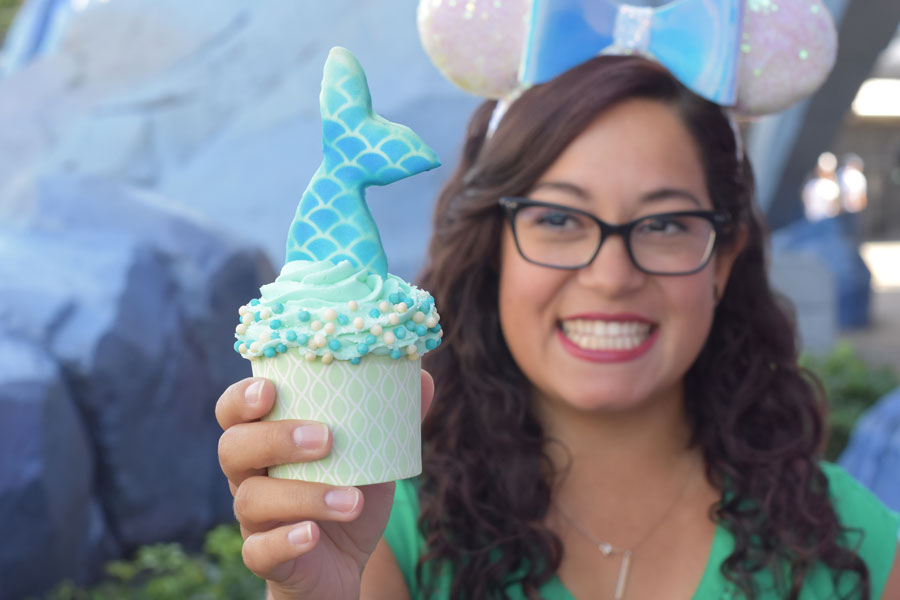 This whimsical treat is made with a vanilla cupcake base. It is then topped with green buttercream frosting and covered with chocolate crispy pearls. Sprinkles are added and an iridescent mermaid tail cookie provides the finishing touch! We think you’ll agree that the Iridescent Mermaid Cupcake is one of the sweetest looking treats to come out of Disney World this year!

You’ll find this beautiful snack, as well as a large range of other treats at the Main Street Bakery right in the heart of it all on Main Street USA.   This cupcake joins an ever-increasing array of iridescent goodies now available at Walt Disney World.

In addition to whimsical snacks, guests may also want to pick up a pair of these irresistible Iridescent Minnie Ears! 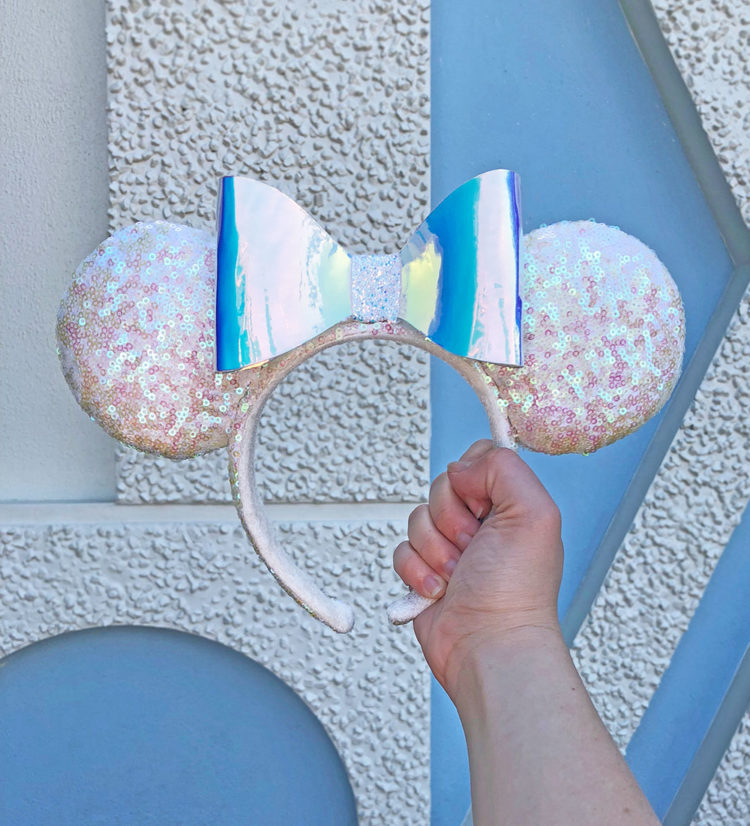 This sparkly headband is a worthy addition to your Minnie ears collection.  It features an iridescent bow that shines in beautiful shades off purple, blue and pink. In addition, the ears are lined with a soft light pink velvet. This means that they’re comfortable to wear as you make your way around the parks. 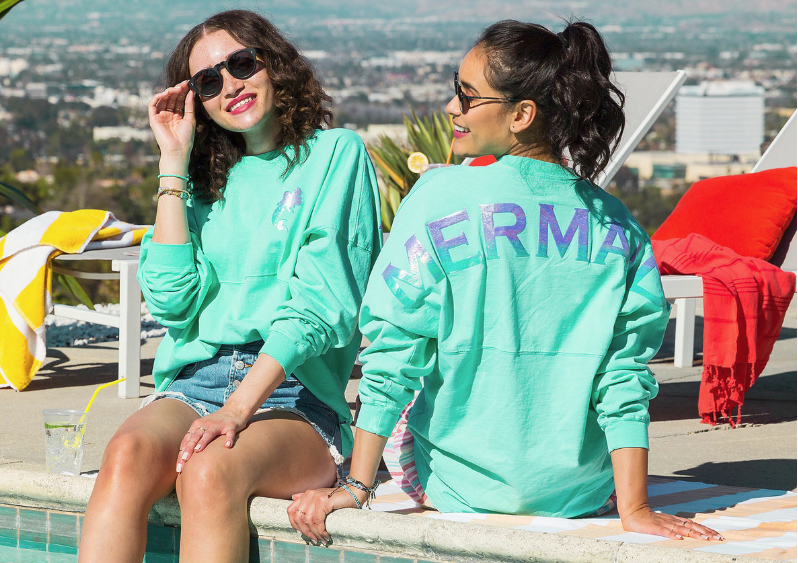 You may even want to plan ahead and order up one of these Iridescent Spirit Jerseys now available on ShopDisney.com. These 100% cotton jerseys come in seafoam green (just like the cupcake) and feature a metallic ombre puff ink Ariel on the front and “Mermaid” across the back.  The cost is $49.95. Don’t have time to order yours before heading to the park? Don’t worry, iridescent Spirit Jerseys have also been spotted at shops in Walt Disney World!

Plan your visit to Disney today and take part in this fun new trend! Fill out the quote form below to get your FREE no-obligation quote from MickeyTravels.