I have wonderful news for fans of the Happiest Place on Earth! Disney has finally fulfilled one of your most frequent requests. They have brought the popular Mobile Ordering technology from Walt Disney World to the West Coast. Yes, you can now order an entire meal straight from your cellphone at your favorite Anaheim theme park! Here’s everything you need to know about Disneyland Mobile Ordering.

The Disneyland app is akin to My Disney Experience. The difference is that the latter program primarily services Walt Disney World. The Disneyland app does exactly what you would expect, which is to provide similar services at the Happiest Place on Earth.

Anaheim residents and others in the greater Los Angeles area are thoroughly familiar with the Disneyland app. Disney launched the program in August of 2015, toward the tail end of the 60th anniversary celebration. Its primary selling point during the early days was its ride wait-time service. The app accurately estimated line lengths. It also showed maps of the various attractions, stores, and restaurants at Disneyland Resort, but it was limited at the start. 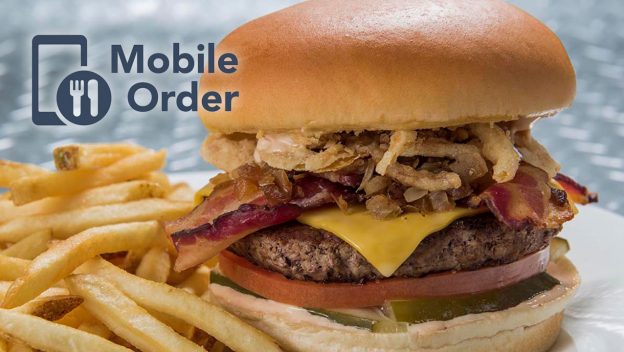 Over the past three years, Imagineers have worked hard to perfect the Disneyland app. They’ve added functionality for dining reservations, PhotoPass integration, MaxPass features, and more. Still, the app was missing one key component that Disneyland fanatics begged Disney to add. As of this month, Mobile Ordering is available at Disneyland.

The language here is precise. You order food from your mobile device. By loading the appropriate Disney app, you see a list of participating restaurants. You select the one where you want to eat, and then you place your food order. The process takes only a couple of minutes at most. 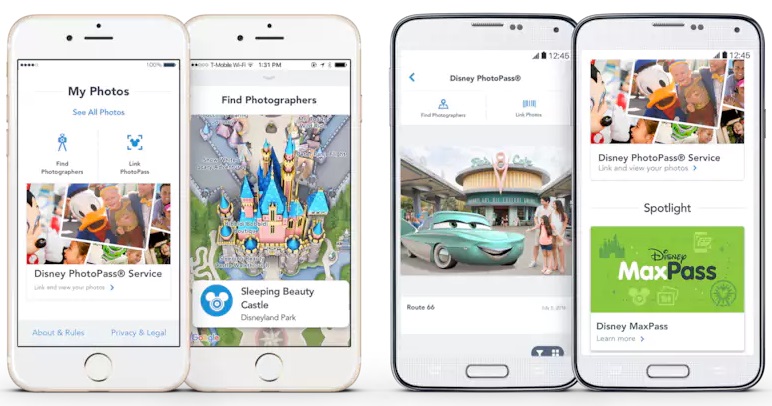 MickeyBlog covered the basics of Mobile Ordering when the program expanded last fall. At the time, Disney carefully controlled the rollout of the system to ensure its accuracy. The core concept of Mobile Ordering is that guests want to eat faster, and they want to know that their order is correct.

By putting order placement literally in the palms of the hands of park guests, Disney achieved both goals. They built the Mobile Ordering app as a way for people to pick the place where they wanted to eat, select their precise meal orders along with any special instructions, and then pay directly from the phone. 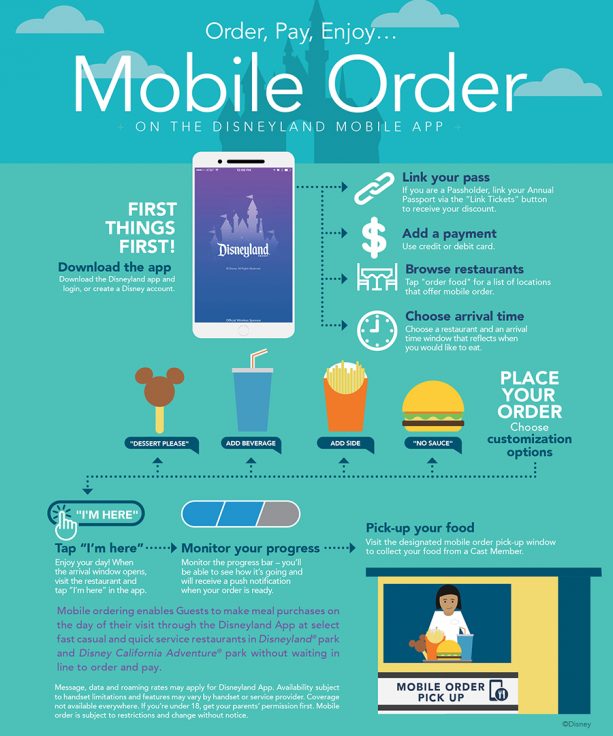 You can imagine how many labor-hours Disney saves through Mobile Ordering. They need fewer lines and open registers and thereby fewer cast members operating the machines. They also have a better flow of traffic since mobs don’t congregate at the front of the store where the order line queues are. Mobile Ordering is MUCH more efficient. 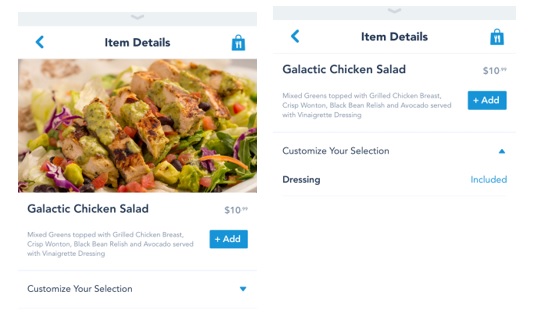 Guests don’t hover as much, and seating is more readily available. That’s at least partially because some guests grab their food and eat on the go. Walt Disney World has plenty of great seating areas in the parks. People aren’t as tied down to a single location thanks to Mobile Ordering.

The reason why Disney didn’t do a simultaneous launch of Mobile Ordering is simple. Disneyland and Walt Disney World are not the same. While Magic Kingdom has some strong similarities to Disneyland Park, the sheer scope of the Orlando campus impacts its crowd behavior and traffic patterns. In short, what worked at Walt Disney World wouldn’t necessarily work at Disneyland and vice versa. 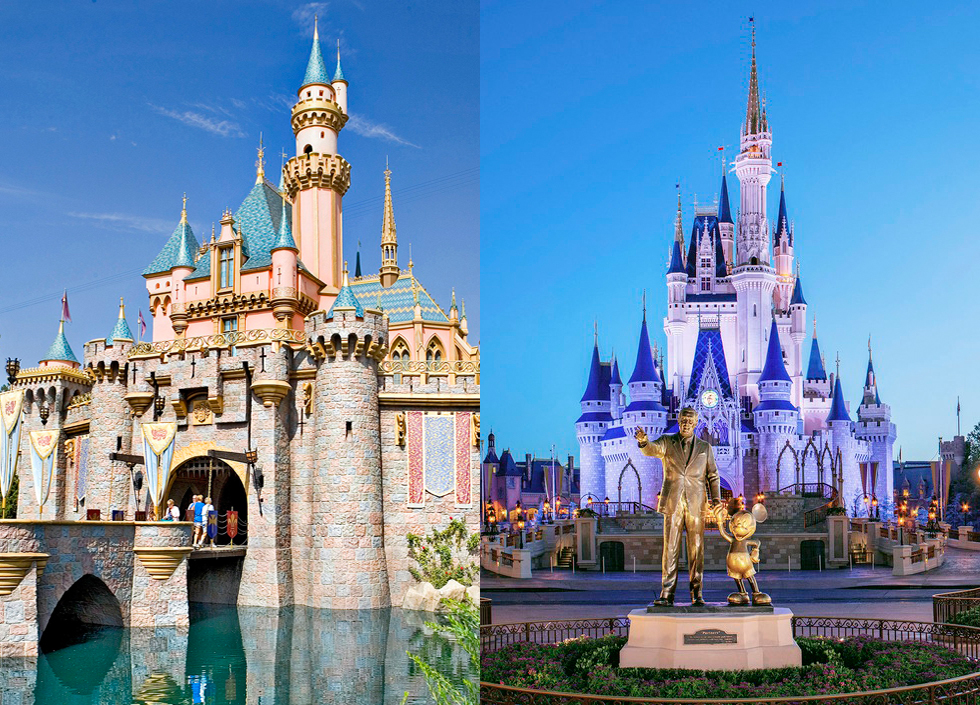 Perhaps the surprise of the situation is that Disney didn’t launch at Disneyland. With only two parks receiving roughly 28 million guests, it would have worked as a smaller scale testing area. Instead, Disney went big, quickly offering Mobile Ordering at all four Walt Disney World theme parks. Now, they’ve returned to Disneyland for the final phase of the Mobile Ordering rollout.

How Mobile Ordering Works at Disneyland

For all of the differences between Disneyland and Walt Disney World, the Mobile Ordering process is quite similar. You download the Disneyland app from either the Google Play or iTunes store. Then, you load the app and look at the front page. 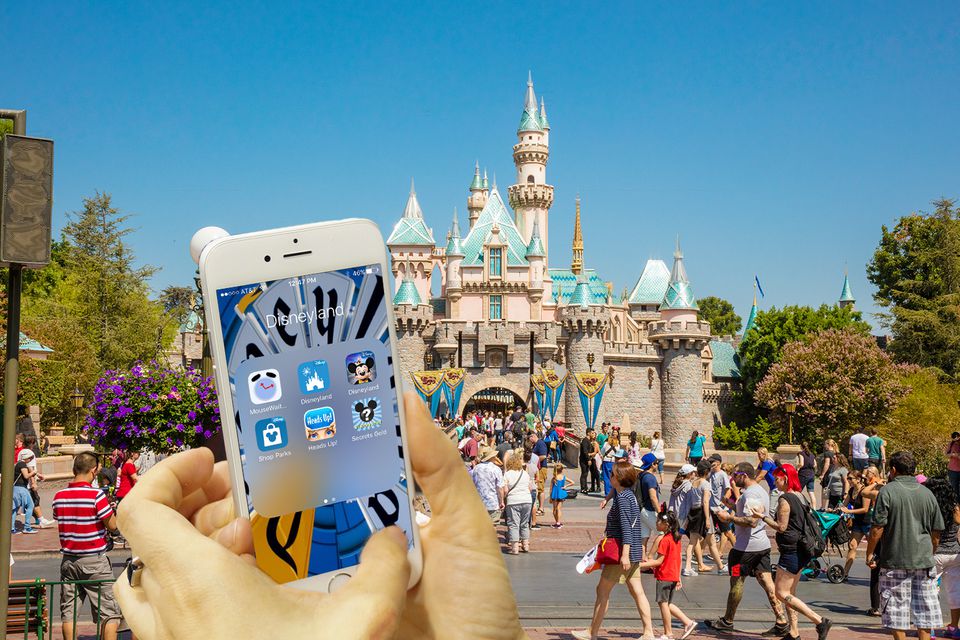 On the bottom part of your screen, you’ll see three menu options. They are: Get FASTPASS with Disney MaxPass, Reserve Dining, and Order Food. You’ll choose Order Food, the one on the right. You’ve now begun the Mobile Ordering process.

The app will list all of the participating restaurants on the Disneyland Resort campus. There are currently 15 of them, six at Disneyland Park and nine at Disney California Adventure. Here’s the list according to the official website: 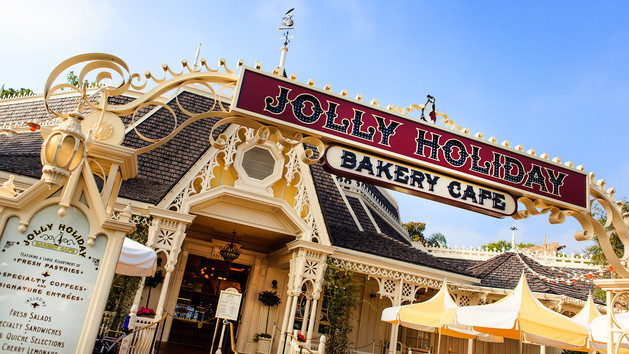 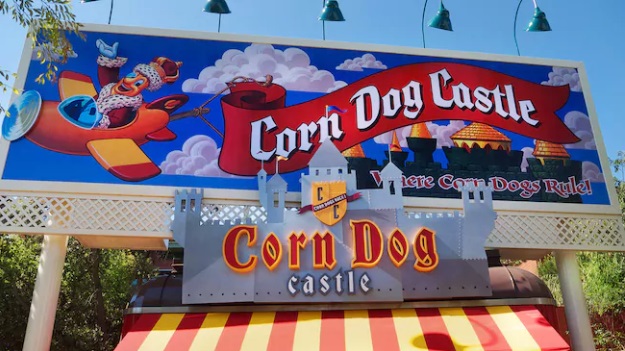 You can select the restaurant that you want from this list. Alternately, you can look at all the menus to decide what sounds best for your rumbling, grumbling stomach. The app does alphabetize the restaurants. So, you’ll see them in the same order as listed here. That means you’ll have to scroll down to see the menu options at places below Gibson Girl Ice Cream Parlor at Disneyland Park or anything at DCA. The app lists Disneyland eateries first, an understandable choice since that park receives twice as much traffic as DCA.

On the restaurant selection screen, you’ll also see a series of times. You can order your meal far in advance if so inclined. Most of the time, however, you’ll choose the “Now” option. It will show the nearest half-hour (ex: 2:00 PM), too. You don’t have to worry that you’ll have to wait for your meal until that time, though. You’re the one who will decide when to start your meal preparation. 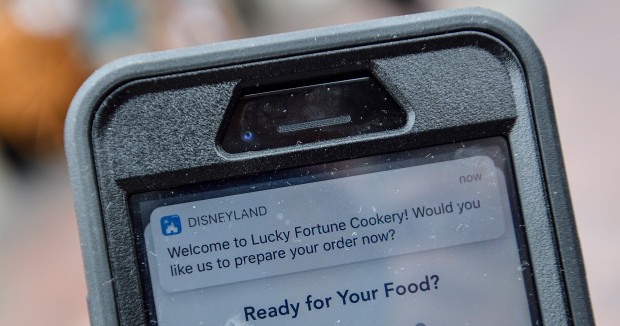 To begin the process, select the Now button (or whichever Arrival Window you prefer). The next screen is entitled Build Your Order. Choose the menu items that make your mouth water and tap them. For each one, a new screen will display. Here, you will hit the “+ Add” button on the right side. You can add more of the same item if so inclined. Look for the “Choose a Quantity” option and alter it if you need more than one.

At the bottom of the screen, you’ll see something important. It’s the Customize Your Selection menu. In today’s craft food society, consumers crave this sort of flexibility. The Mobile Ordering service enables it so that you don’t have to explain to a cashier that you hate onions (like any sane person). Some orders like bowls and skewers actually require customization since they’re mix-and-match menu items.

At any point, you can examine the accuracy of your meal by selecting the View My Order button at the bottom of the screen. Once you’re satisfied with your order, you will hit tap the Review Order Summary button. At this point, you’re nearly ready to trigger your meal preparation. All you need to do is pay for the meal, which you can easily accomplish by adding a credit card to your Disneyland app. Once it’s on your account, it’ll stay there until you remove it and another primary form of payment.

You are now ready to press the shiny Purchase button!

Once you’ve ordered your food and paid for it, the Mobile Ordering system will display the Order Details screen. This is the most important part of the process. You’ll look at two main choices here. They are: “I’m Here, Prepare My Order” and “Change Arrival Window.” When you’re ready, choose the “I’m Here” option.

Disney prepares your food the instant they receive this request! They’ll notify you of this fact with an onscreen display that says, “We’re Preparing Your Order.” Depending on the number of orders ahead of you in the queue and the complexity of your meal, your food could be ready in as little as two minutes! 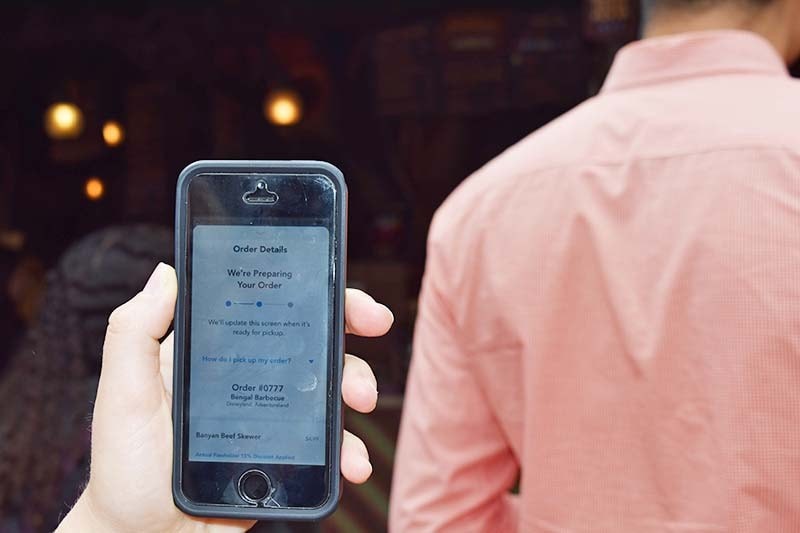 Guests who have a passing familiarity with Disneyland can time this perfectly. They can signal for the order when they’re a few minutes away and then walk over to grab their food while it’s still hot. Disney makes the process easy, too. The Disneyland app triggers a pop-up on your phone when your Mobile Order is ready. It’s that easy!

Mobile Ordering will change the way that you eat at the Happiest Place on Earth. You are in complete control of not just the turnaround time of your meals but also the exact items ordered! It’s a perfect marriage of craft cooking and counter service convenience!