This was a crazy week for Disney news. It’s going to require a two-part update just to cover everything. So, let’s not waste any time on part one…

Let’s Start Outside the United States

I want to mix things up a bit by discussing a surprising turn of events at Disneyland Paris. In 2017, Imagineers constructed Villages Nature Paris, an eco-friendly resort that earned raves from hard-to-please sites like The Guardian. You should read the glowing review to appreciate the majesty of this property. 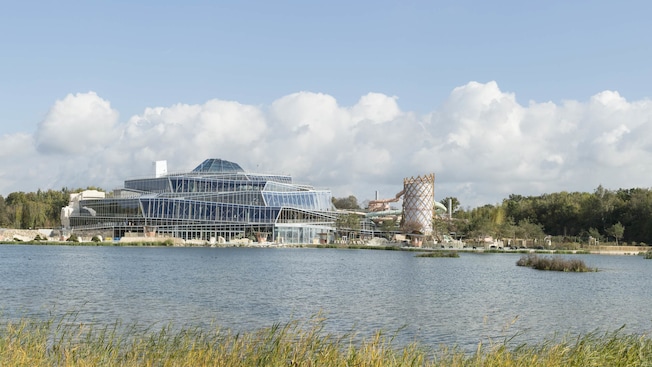 The odd part is that Disney didn’t list it as an official resort when Villages Nature Paris opened. Center Parcs, their partner on the project, claimed it at the time last year. On the Disneyland Paris site, it was listed as a Partner site instead. Well, that situation has changed, and Disney now claims Villages Nature Paris as part of the official lineup of onsite resorts. Should you visit EuroDisney, this is the place to stay, at least until the new Marvel hotel arrives.

The most important movie of the year opened in theaters last weekend. The Marvel Cinematic Universe (MCU) has been building to this moment since 2008! With the release of Avengers: Infinity War, their ten-year plan finally came to fruition, and the box office results were truly historic.

Avengers: Infinity War opened to $257.7 million over its first three days. You might wonder if that’s good. Well, a quick glance at this chart will show that it’s the biggest box office weekend ever. Also, it’s the biggest weekend by almost $10 million (!).

Infinity War didn’t just break the record; it shattered the previous title. Also, its performance gives The Walt Disney Company nine out of the ten best opening weekends ever. Honestly, the all-time chart is like a tribute to the MCU, as six of the 10 entries are Marvel comic book flicks.

Internationally, the news was just as good. Infinity War earned another $382 million overseas, giving the movie a three-day global take of $640 million. Yes, that’s a record. By a lot. The previous record for best global opening was $542 million, almost $100 million less. Infinity War has done 15 percent more than any film in history prior to this weekend. It’s a juggernaut, my friends.

Also, the Movie Is Good

From a metrics perspective, the other news about the movie is all tremendous. Infinity War received an A Cinemascore, which is fantastic. It is also 84 percent fresh at Rotten Tomatoes, and the site reports than 93 percent of audiences liked it, too. 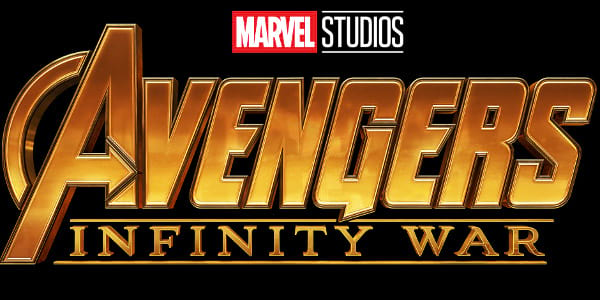 Perhaps most impressive is its IMDb score. After 178,000 votes, the film has a grade of 9.0 out of 10. How great is that? A look at the IMDB Top 250 page indicates that only four films ever have earned that grade. While Infinity War is likely to fall a few percentage points, as that’s how IMDb scoring tends to work, it’s still a mortal lock to maintain a spot as one of the best 250 movies ever made.

Disney’s capitalizing on the ascending popularity of The Avengers at Disney California Adventure. Check back tomorrow to learn more about it in the second MickeyBlog News update for the week.

What’s in a Name?

One of these days, you will take your grandchildren to Disney California Adventure (DCA). You will point to the Ferris wheel that soars into the sky, and you will tell them something that dates you terribly. You will say, “I remember all the way back when that ride was called Mickey’s Fun Wheel.” 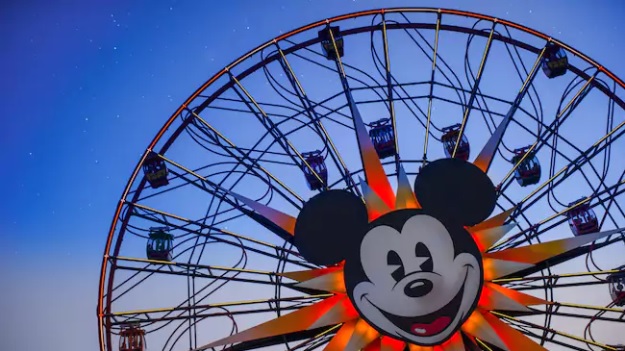 Your grandchildren will use their haptic smart clothing to do an internet search, and they will learn that the name changed in 2018. They will have to check like this, because they will know the Ferris wheel by a different name, the one that Disney announced this week.

Yes, Mickey’s Fun Wheel is now the PIXAR Pal-A-Round. Given the re-theming of key portions of DCA as Pixar Pier, the name change makes perfect sense, even if it is a bit silly.

A Bad Week at Pandora

Did you visit Pandora – The World of Avatar last week? If so, you probably felt frustrated for a few days. The two attractions that anchor Disney’s newest themed land (for two more months, anyway) both suffered unannounced closures. The rides in question, Avatar Flight of Passage and Na’Vi River Journey, weren’t scheduled for repairs or renovations.

Our well-connected friends at WDWNT first reported the issue. Their sources indicated that the problems stemmed from fire alarm issues in the building. Since both attractions reside in said building, any fire alarm problem would impact each one. Disney correctly erred on the side of caution while correcting the problem. Once they felt 100 percent confident in the fire alarms, they opened the attractions. As always, their dedication to public safety is the gold standard in the industry.

While we’re on the subject of ride closures, an important one will be down starting on May 7th. The Friendship Boats are Disney’s aquatic fleet that transports guests between certain resorts and parks. Particularly, the Friendship Boats carry people from the International Gateway at Epcot to Disney’s Beach Club Resort, Disney’s BoardWalk Inn, the Swan & Dolphin Hotels, and Disney’s Hollywood Studios. 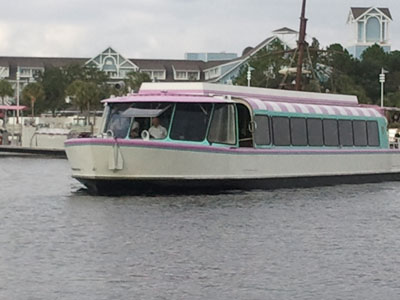 Disney will perform some needed on the bridge near the Swan & Dolphin Hotels. With this bridge under construction, it’s physically impossible for the Friendship Boats to pass it to reach Hollywood Studios. As such, the Friendship Boats won’t provide transportation to this park during its repairs. The walkway beside the bridge remains open, however, as does the path from BoardWalk to Hollywood Studios.

Do You Want to Rock ‘n’ Roll All Night and Party Every Day at Disney?

One of the true highlights of the annual Disney calendar is the Epcot International Food & Wine Festival. This event is arguably the greatest of the exhibitions at Epcot’s World Showcase. At a minimum, it has the strongest name recognition.

Each year, as part of the proceedings, Disney hosts the Eat to the Beat concert series at the American Adventure. Specifically, the America Gardens Theatre is the outdoor stadium where your favorite musical acts from the 1970s through today play their classic hits. Each band plays three performances nightly, and the shows tend to sell out. So, you’ll want to know who is playing and win to avoid getting shut out of the best concerts. 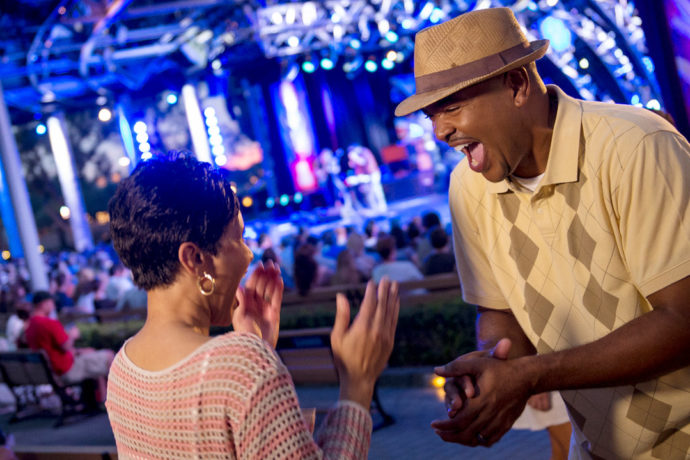 According to the Disney Parks Blog, the 2018 schedule is:

You’ll notice that a few dates are still to be determined. MickeyBlog News will update you as soon as have more information.