Everything You Need to Know about VIP Tours

Do you want to experience Walt Disney World in a way that will make your friends insanely jealous? The Walt Disney Company has you covered! All you need is a group of up to nine of your best friends and families (plus you) or just your own bad self if you’re a lone wolf. Oh, and you need to have $3,000 that you don’t mind spending on the ultimate park day. Here’s everything that you need to know about Walt Disney World VIP Tours.

What Are VIP Tours?

Disney’s theme parks are for everyone. That includes children and elderly people, guests from all nations, and people with different financial situations. Some people have extra cash burning a hole in their wallets, and Disney caters to them, too. The company provides special VIP Tours to those who can afford the significant upfront cost.

The VIP Tour is the best way to do a Disney theme park, presuming that you can afford it. While I’ll focus on Walt Disney World in the discussion, the same service is available at Disneyland, too. Here’s a helpful video of someone doing VIP at the Happiest Place on Earth if you’re interested. In this clip, they use a term that’s both amusing and useful. It’s “Plaid,” and I’ll discuss it in the next section. 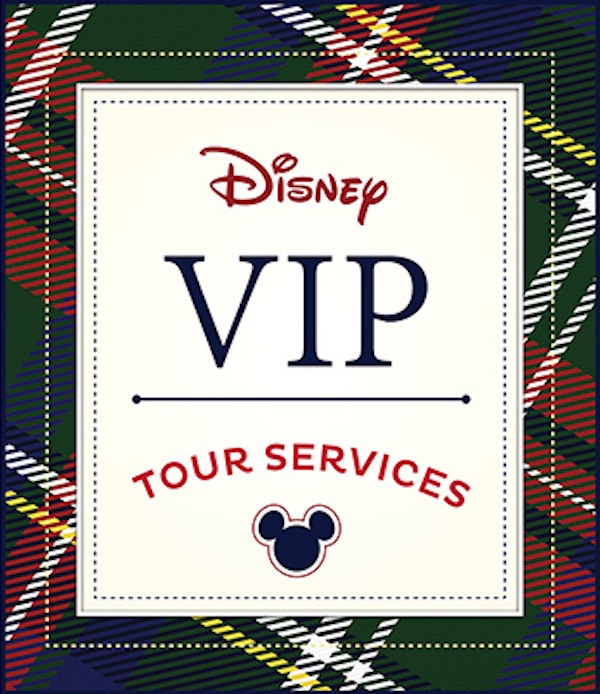 When you pay for a VIP Tour, you can expect to receive the royal treatment at Walt Disney World. You’ll get to skip the lines for the most popular attractions at the various theme parks, which is to say that you’ll enter the FastPass+ line each time. In some instances, you may even get an even better shortcut.

Disney has some hidden doors at a few attractions that open very close to the front of the line. You’ll also have the option to ride as many times as you like, although you will have to go back to the FastPass entrance each time.

Your day will start with a cast member arriving at your hotel. They’ll drive you directly to the theme park where you choose to start your day. Once you enter the park, you can choose any attraction. You set the schedule for the day based on your needs and desires. Disney will work with you to guarantee that you get what you pay for…and you’re paying for a LOT. Before we talk specifics, let’s circle back to Plaids, as they plan an integral role in the VIP Tour.

When you do a VIP Tour, you have a guide who takes care of your every need. This Disney cast member is one of the finest workers at the theme park. To wit, Disney carefully culls a list of potential VIP tour guides to ensure that everyone working the job is the best of the best. Since prices are so high for VIP Tours, it’s imperative that the customer service provided is elite, even by Disney’s lofty standards. 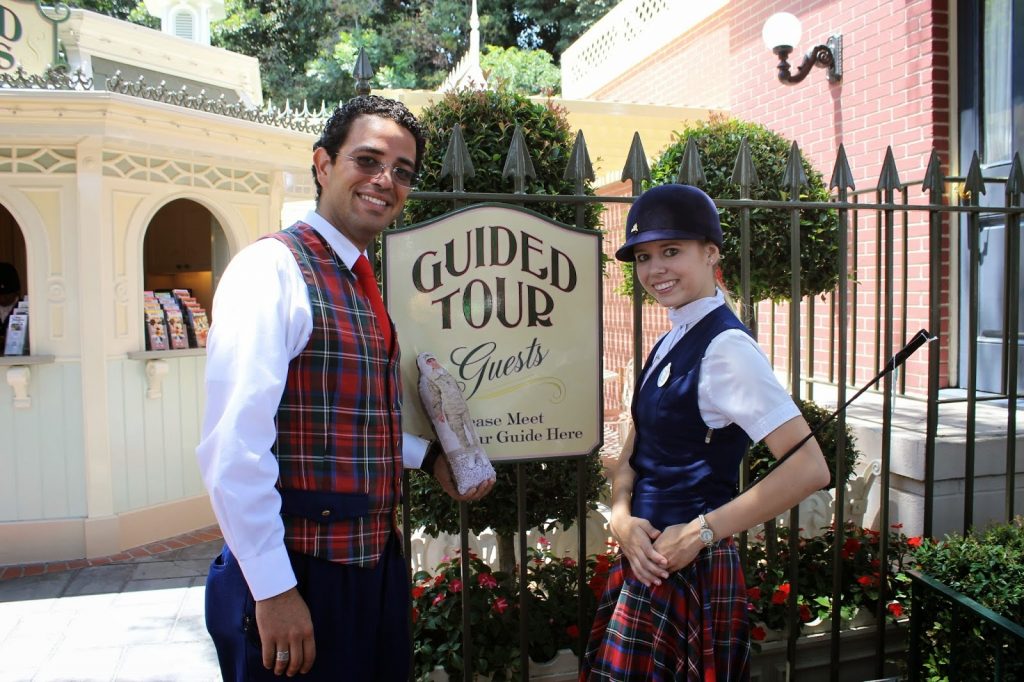 Frequent park guests refer to these cast members as Plaids. They do so due to the unmistakable uniforms that the workers wear. All of the VIP tour guides wear white shirts with blue pants or skirts. They also may wear ties or matching white/blue hats. Most importantly, they wear plaid vests that may them recognizable for long distances. You’ll always know when you’re in the presence of a Plaid.

What Does a Plaid Do?

Disney offers concierge services at many of their resorts and even some stores. So, I worry that I’m going to confuse you with the terminology here, but the reality is that Plaids are elite concierges. Their job is to cater to your every whim during your dream Disney day.

Working as a VIP tour guide is equal parts easy and impossible. The basics of the job are the same each day. These cast members try to satisfy the needs of Disney’s highest-paying customers that day. Since the profit margin on VIP Tours is so large, a person that pays for this item must leave feeling completely satisfied. Since they’re spending the day having their run of Walt Disney World, that sounds easy in theory. In execution, some people are harder to satisfy than others.

VIP tour guides must spend a lot of the day anticipating the needs of their customers. At the start of the day, they’ll ask each tour participant what they want to do. Then, they’ll take notes of these goals and try to achieve as many as possible. 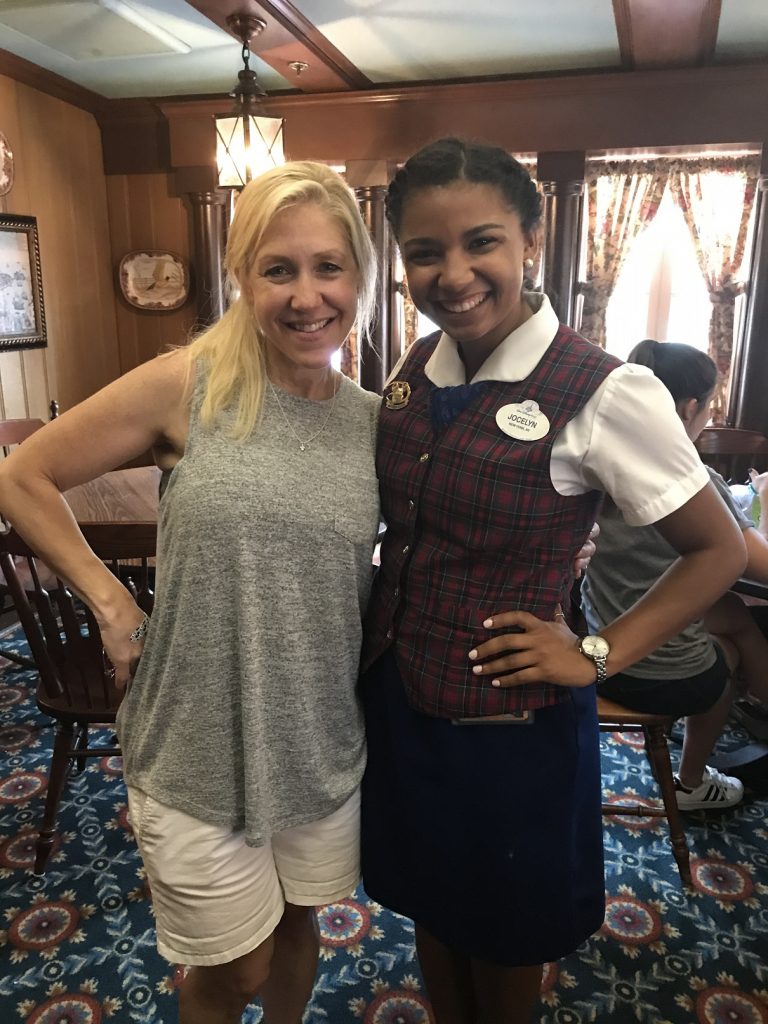 Sometimes, the job is simple, particularly when guests want to stay in the same theme park all day. In other instances, a child might want to do everything at Disney’s Animal Kingdom, while a teenager may prefer riding the thrill rides at Disney’s Hollywood Studios. For their part, the parents probably just want to eat, drink, and be merry at the World Showcase. The Plaid is responsible for making each of these dreams a reality.

By the way, since the question gets asked a lot, the official rule from Disney is that guests aren’t supposed to tip Plaids. The cost of the tour is sufficient. In practice, many VIP Tour participants do tip their guides as a demonstration of gratitude for 7+ hours of tireless professionalism. Should you do a VIP Tour, ask the cast member if they’d be offended by a tip. If the answer is no, be generous.

Disney doesn’t need your $3,000. They just want it. The tour guide, on the other hand, needs to buy groceries. I’m told one of the most frustrating parts of the job is living on a limited budget while dealing with customers who don’t understand the value of money.

How Does a VIP Tour Work?

When you visit Walt Disney World, you likely have an itinerary. You plan to do a few rides, eat at some restaurants, and catch some shows. During a VIP Tour, that itinerary is the law of the land for the day. If you want to ride Space Mountain, your tour guide will take you there. They may even know a shortcut that will get you there quicker and in a smaller line. 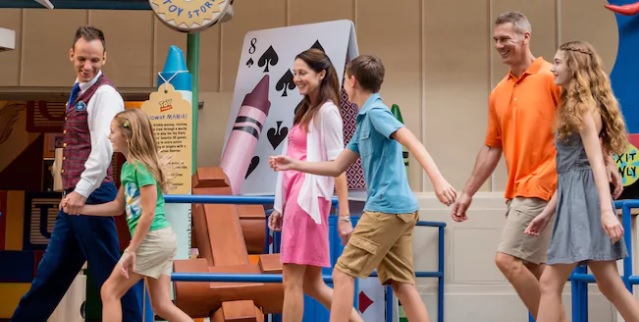 After you’re done with Space Mountain, you may want to ride Frozen Ever After. That’s a different park, right? It won’t be easy to do…except you have a Plaid! You don’t have to wait on standard Disney transportation. Your cast member/personal assistant for the day will drive you from Magic Kingdom to Epcot. They’ll park in a place that has a shorter walk to the ride, AND they’ll place you in the FastPass+ queue. Assuming traffic is good, you could do Space Mountain and Frozen Ever After in less than 45 minutes!

In other words, you can go to any park and ride anything. A VIP Tour is your paying for the privilege of taking every possible shortcut at a Disney theme park. Your Plaid will do all the heavy lifting. You simply need to tell them what you want and when you prefer to do it. You’ll even have special seating for Disney parades, fireworks, and shows! You’ll get the red carpet treatment during a VIP Tour.

I’m Sold! How Much Does a VIP Tour Cost?

The cost varies. Disney utilizes the same tiered pricing system for VIP Tours that it does for regular admission…and yes, you do need regular admission tickets to book a VIP Tour. Otherwise, you can’t get in the parks.

The cost starts at $425 per hour and maxes at $750 per hour during peak seasons. Disney has also implemented a minimum hours’ requirement. The number used to be six hours, but they upped the number to seven hours last year. Doing the math for you, the cost is a minimum of $2,975 plus tax. At $625 per hour, the total is $4,375 plus tax.

You do have one way to lower the cost of your VIP Tour. A Plaid will lead a tour of up to 10 people. Theoretically, you could find several other friends willing to split the cost with you. Let’s say that five couples want to have the ultimate Disney date. The number for each duo would be $595 plus tax. That’s a much more tolerable number.

So, regular people can do VIP Tours as long as they don’t mind sharing a tour guide. The only downside to this strategy is that you’ll all have to do the same things. You’ll have a compromise itinerary. As long as you’re among friends, however, it’s a small concession to have the time of your life!

Do you have more questions about Disney’s VIP Tour or other special tours? Contact a Mickey Travels agent to learn more about the various packages available…and remember, their services are completely free!

Thanks for visiting MickeyBlog.com! For a FREE quote on your nexxt Disney vacation, please fill out the form below!