Located in the Japan Pavilion on Epcot’s World Showcase, the Mitsukoshi Department Store is, undoubtedly, the best place to find authentic Japanese goods outside of Japan.  Mitsukoshi is a real department store found in Japan, so the products sold are as authentic as they can get.  The sprawling store can be found on the west side of the pavilion, in a two-story building modeled after the famous Imperial ceremonial halls in Japan.  The architecture, both inside and out, is elegant and traditional with hints of modern, as seen in the bright red ceilings of the store and the intricate carvings found on the exterior.  Stepping into Mitsukoshi is like traveling thousands of miles and entering a real Japanese department store, filled to the brim with imported items.  As one of the largest stores at Epcot, it can take hours to go through all of the products offered at Mitsukoshi and although everything they sell is worth a look, there are a few items that stand out.

The famous Studio Ghibli, which made the popular Japanese animated films My Neighbor Totoro and Kiki’s Delivery Service, have a plethora of character-related products, but for the most part much of their merchandise is only available in Japan.  Mitsukoshi is one of the only places in the United States where Ghibli figurines, stationery, posters, and clothing are available.  One of the most unique Ghibli items available is a fan decorated with the fluffy Totoro character.

Japan is known for having an eclectic range of Kit-Kat flavors that aren’t typically seen in American stores.  Their popularity stems from the term “kitto katsu” (Kit-Kat) which is Japanese means “good-luck”.  The Kit-Kat has become a popular gift in Japan, which has created a huge market for the candy bar.  Some of the wacky flavors seen in Japan include Soy Sauce, Fruit Parfait, and Baked Potato.  Although Mitsukoshi doesn’t offer as extensive of a range, they do sell the green tea flavored Kit-Kat that is Japan’s most popular flavor.

Most Americans who encounter a bottle of Ramune soda aren’t quite sure what it is, so Mitsukoshi has a sign placed in front of the display explaining the product.  Unlike normal soda drinks, Ramune soda comes in a glass bottle with a marble held within the narrow neck of the bottle.  When opening the soda, the top of the bottle pushes the marble down into the drink where it stays since the opening at the neck is too small for the marble to come out.  The unique design has become very popular in Japan but they are rarely seen in the United States.  At Mitsukoshi, you can buy a variety of Ramune flavors, many with anime characters printed on the bottles.

For those wishing for something more wearable to take home from their travels to the Japan Pavilion, Mitsukoshi has a line of affordable kimonos.  The remake of the traditional Japanese robe is a little more Westernized, using cheaper and easier to wash materials, but they are still breathtakingly beautiful with colorful Japanese patterns featuring cranes and cherry blossoms.  You can even get matching belts and headpieces to complete the look.

With the recent Pokémon craze, the addition of Pokémon stuffed animals to this list might seem a little silly.  But, Mitsukoshi doesn’t just sell the average Pikachu and Charmander plushies; they go way beyond that, offering any and every Pokémon imaginable in stuffed form.  If your favorite Pokémon is a little harder to find, chances are Mitsukoshi has it in stock! 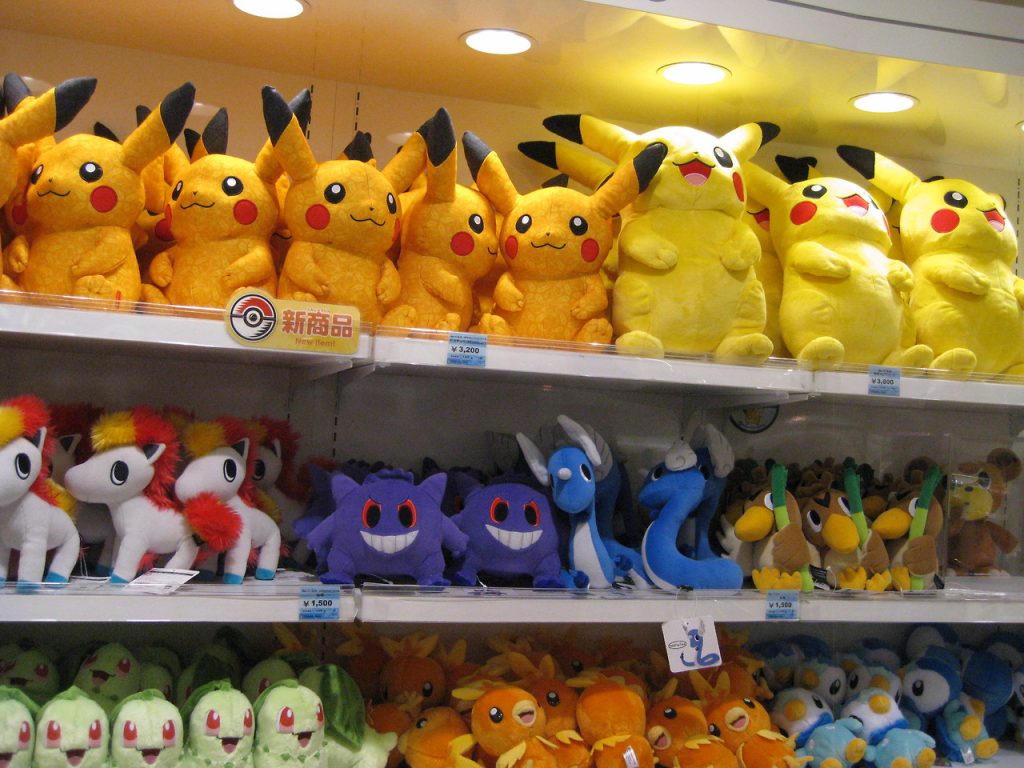 The umbrellas sold at Mitsukoshi aren’t what most Americans think of when they hear the word “umbrella”.  That’s because the umbrellas at Mitsukoshi are made of paper and are meant to protect you from the sun – not the rain.  The thin, lightweight umbrellas have been popular for hundreds of years in Asia and have become an integral part of Japanese society.  At Mitsukoshi, the sun umbrellas (or “oil-paper” umbrellas as they are sometimes called) are decorated with flowers, garden scenes and geishas.

Like the Ghibli merchandise, Mitsukoshi’s selection of products from the popular Japanese anime Sailor Moon is extensive.  Although the show is popular in the United States, products promoting the magical characters aren’t commonly seen in typical American stores.  Mitsukoshi carries Sailor Moon figurines, hats, bags, keychains, and much, much more.  Check out the glass display case near the front of the store to view (and buy) the rarer Sailor Moon figurines! 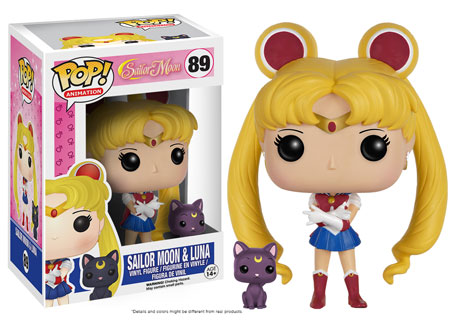 Some of the products found at Mitsukoshi aren’t even found in Japan, as in the case of the Hello Kitty Florida line of merchandise.  The store offers a tremendous amount of Hello Kitty and Sanrio products that aren’t commonly seen in the United States.  But, the most unique items they have are definitely the Hello Kitty Florida items, which vary from keychains to stuffed animals and picture the iconic cat in an alligator costume.  These products can be found online and in other locations in Florida, but the largest retailer of this line is Mitsukoshi.

One of the newer sweets to be sold at Mitsukoshi, these tasty, and familiar, chocolate cookies get a Japanese makeover that leaves them almost unrecognizable.  Customers can buy the Japanese soft cookie variety of Oreos (compared to the American crisp Oreo cookie) with unique flavored cream fillings, including strawberry and blueberry cheesecake.  Japanese Oreo mini bars are also available, which look more like candy bars than the traditional oreo – although they still use the same signature dark colored cookie and creamy filling.  These also come in fun flavors including strawberry and green tea chocolate.

The most unique product sold at Mitsukoshi is found at the Pick-a-Pearl station in the jewelry department.  Here, customers choose an oyster from the large tank.  The oyster is then opened, revealing a pearl which is then placed in whatever setting the customer prefers.  The fun part is being able to pick the oyster without knowing exactly what the pearl will look like.  It’s one of the most hands-on store experiences in Epcot and one that shouldn’t be missed, especially if you’re a fan of jewelry.

Thank you for visiting MickeyBlog.com! For a free quote on your next Disney vacation, fill out the form below!

Special thanks to Peyton Hinkle for writing this article!  My name is Peyton Hinckle and I am Junior at UNC-Chapel Hill where I am currently studying English and Studio Art.  I’ve been an avid Disney fan since I was little, with a special appreciation for everything creative, colorful, and geeky.  Some of my favorite Disney characters include Princess Aurora, Moana, and Marvel’s Avengers.