What Happens When a Ride Breaks Down in Disney

Have you ever ridden a Disney attraction only to have it tear up while you’re onboard? You’re not alone! Disney’s operational uptime is the gold standard in the industry. Still, every ride employs mechanical parts, and these parts do tear up from time to time. Today, let’s talk about what happens when Disney rides break down. 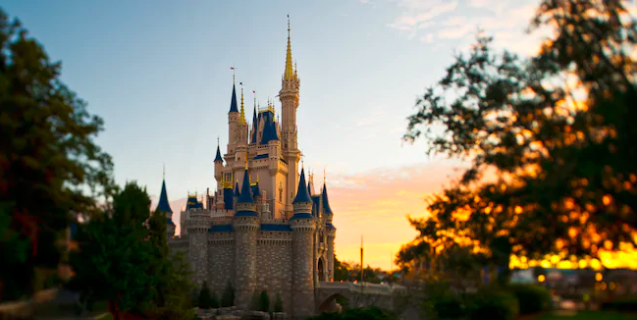 Cast members often know about an attraction’s operational issues before riders do. In a secret part of Magic Kingdom’s Utilidors, a complex series of computers monitors the functionality of every piece of hardware on the Disney campus. Imagineers have the highest imaginable safety standards, requiring that all devices perform at the 99th percentile. Should any part falter, the system knows immediately. It will register a 101 error.

What does the term 101 mean? It’s simple. 101 is the code that cast members use to signal that a ride isn’t operational. Think of it as a safety code. Whenever an attraction is in 101, Disney employees close the line and play an official announcement. You’ve almost certainly heard it.

The announcement is, “Please remain seated. Your ride vehicle will begin moving momentarily.” Again, safety is the most important concern. The alert that guests shouldn’t stand up is a preventative step. Otherwise, more reckless individuals may try to exit the ride.

Some of the recorded messages are longer. They signify that an attraction will require significant repairs and thereby remain out of operation for a while. In these instances, cast members will offer suggestions to guests departing the ride area. 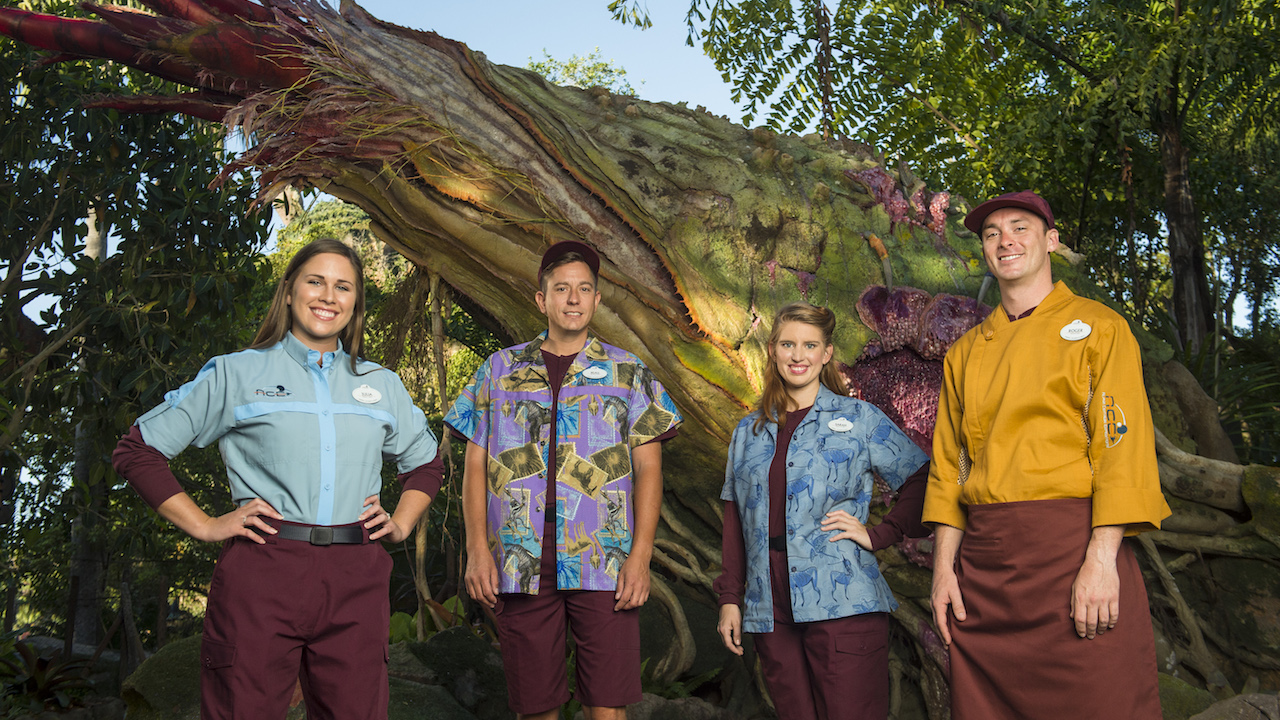 Many of them involve FastPass replacement or directions to nearby attractions with short lines. Should you have a FastPass for a broken down ride, Disney will notify you via email that you can choose a replacement. Alternately, you may take this step on your own. You should be rewarded for the inconvenience, after all.

When cast members see something is 101, their primary goal is to switch it back to 102. The number 102 is another code reflecting a perfectly operational attraction. As guests hear an announcement about the downtime, other professionals are hard at work fixing the problem. 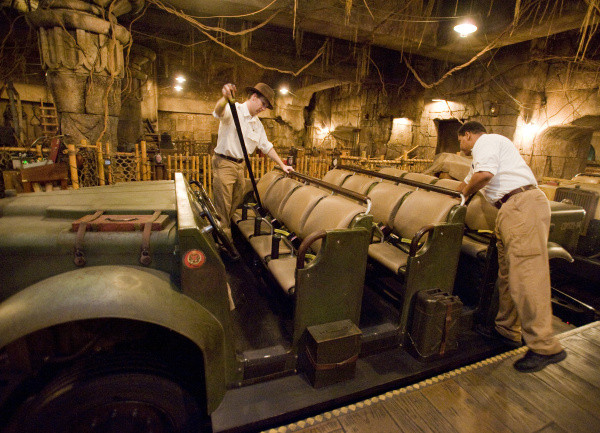 Some of the corrections are possible to fix by remote. Cast members have the ability to see where a reset is needed and send a signal to reboot the hardware.

In other instances, repairs call for a more hands-on approach. Cast members must walk the length of the attraction, visually inspecting ride elements for potential malfunctions. Something like a dropped wallet may not seem like a big deal, but when vehicle carts move at a fast pace, this sort of track blockage is dangerous. 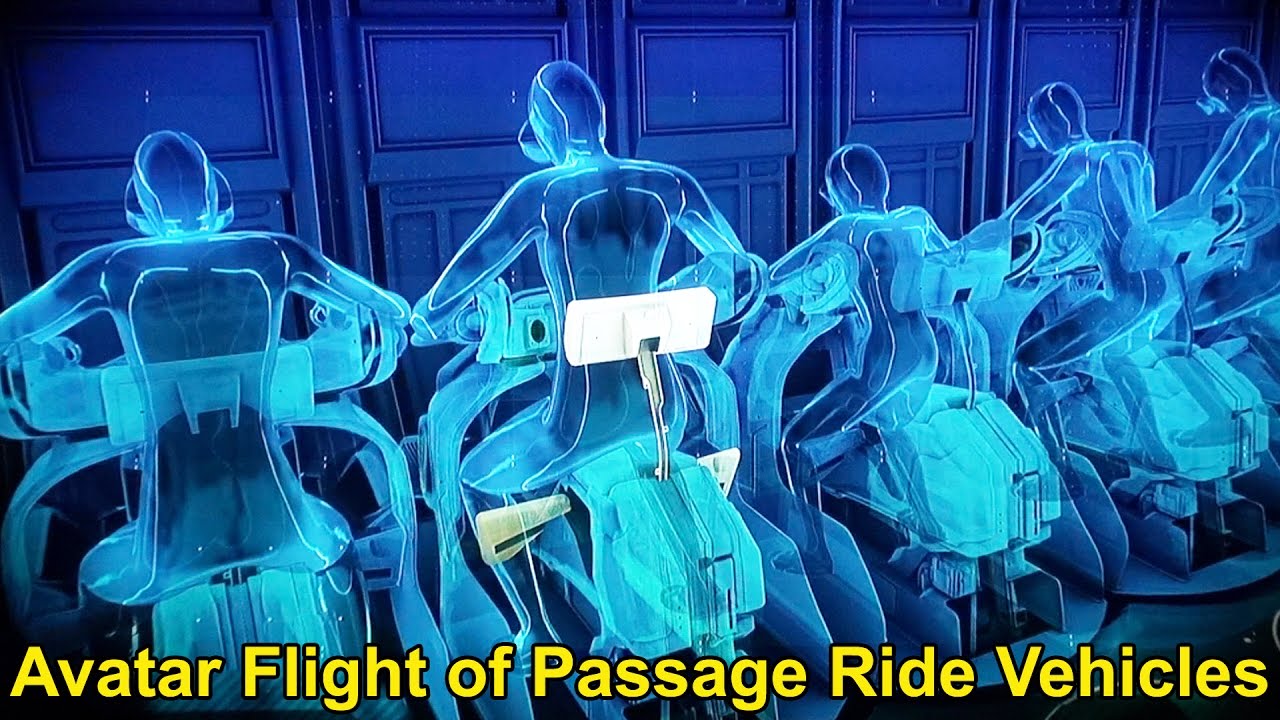 When researching the problem, Disney employees try to make the experience enjoyable for any guests stuck on the rides. Cast members leave ride elements in operation when possible so that riders can look around and appreciate the wonderful thematic touches.

When that option’s not viable, they’ll turn on the lights, and this also gives riders a unique perspective. They may look at the ride track in a way that isn’t possible in a dimly lit room. You’ll find many YouTube videos of “lights on” versions of attractions. On many occasions, these videos are shot during 101 repairs.

During a Disney After Hours event last year, Pirates of the Caribbean experienced a well-publicized 101 incident. At a time when guests were paying for exclusive park time, this attraction had to go into full shutdown mode. After 20 minutes of attempts to get the ride working, cast members notified guests that they had to evacuate.

Yes, that sounds scary. No, it isn’t scary at all.

Evacuation merely means that cast members escort riders off the attraction. Then, they’re escorted to an exit. Some of these exists aren’t ones that guests would ever see otherwise. They’re carefully hidden while the ride is in operation. Disney utilizes these exists to make an inconvenient situation as smooth and safe as possible for guests.

When Pirates of the Caribbean shut down during Disney After Hours, a few lucky riders got to walk right past the Jack Sparrow audio-animatronic that indicates the end of the ride. They gained a newfound appreciation for the craftsmanship of the Johnny Depp mimic. 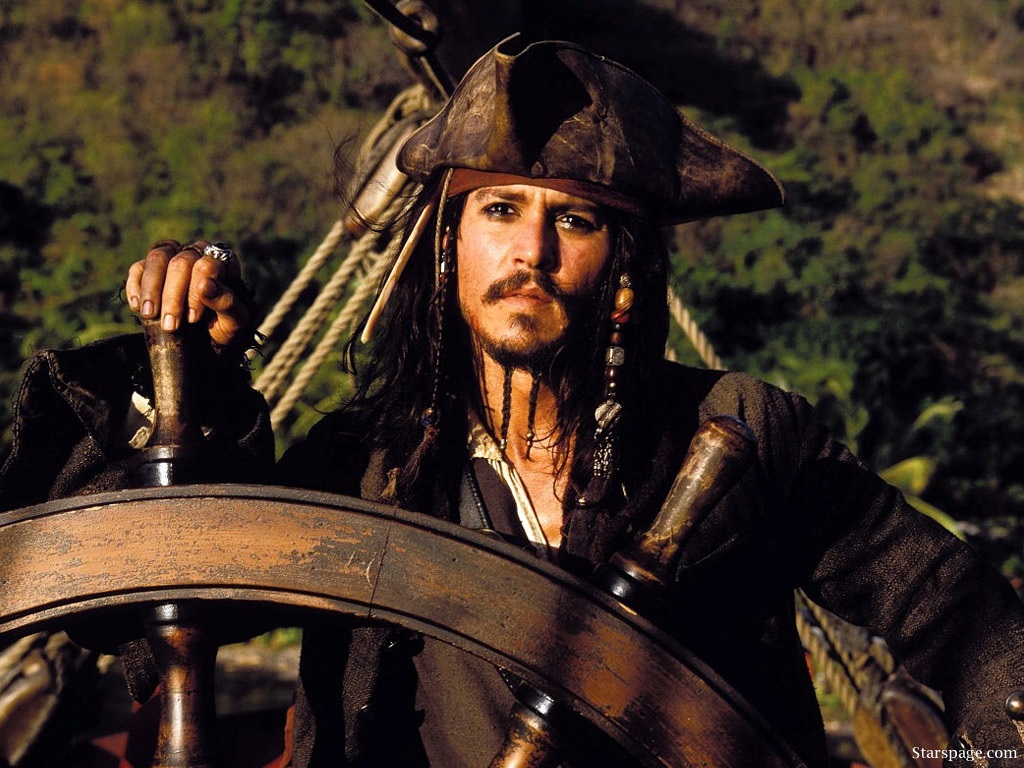 They also realized how much Disney cares about safety. Plus, the company offered these unlucky riders a discount off the price of their event tickets as compensation for the issue. Disney views this as…

Look, nobody wants to get on a ride that may break down. What few people understand is that literally every ride in the world has broken down at some point. It’s a basic fact of the industry. At Walt Disney World, there are scores of attraction in operation on a given day. Some of them will break down. Employees know this.

High-level customer service is the way that Disney addresses potential customer aggravation. Whenever you’re on a ride that tears up, you should seek out at a customer service professional. Guest Services is the optimal place to go, although many cast members can help. You’ll want to describe what happened.

Workers can easily verify your claim and will work hard to satisfy your needs as a customer. They understand that you’re right to feel a bit disgruntled. Their entire job relies on keeping your Disney visitor experience as positive as possible.

Whenever you’re stuck on a ride, you should expect Disney to offer you an apologetic option. The discounted ticket was a special event solution, so don’t expect that. Blank FastPasses are almost always available, though. A “blank” is a FastPass that’s good for any attraction of your choosing at Walt Disney World that has a FastPass line.

You’ll generally get one to three of these, and they’re not subject to tiering. If a cast member provides two “blank” FastPasses, you can ride Frozen Ever After twice in a row if so inclined. Disney just wants you to be safe and happy!

Once a ride is almost ready to present as 102, cast members have to make a trial run. They’ll send all of the ride carts through the tracks, testing to verify that everything is functional and safe once more. Should any cart suffer another issue, the ride will remain in 101. Personnel people at the attraction and at the ride automation hub will both verify the safety of the attraction.

This process of cycling the ride carts will last a few minutes. Generally, each ride cart takes multiple trips through the ride path. It’s imperative to Disney that they assure your safety before switching a ride back to 102 status. If you’ve ever seen an empty set of vehicles driving around the track, that’s what’s happening. Disney is doing a trial run to verify that the ride is safely operational once again. 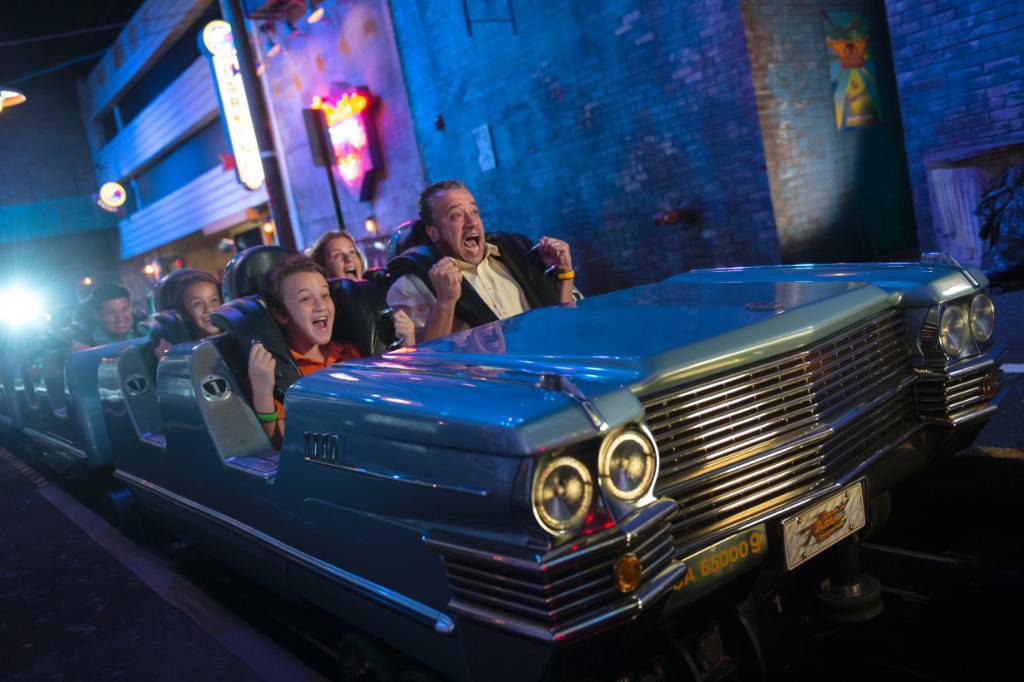 Once cast members have completed these steps, the attraction is ready to re-open. Looking at the situation from a top-down perspective, Disney’s safety procedures are immaculate. On many occasions, they know that a ride has issues before workers at the attraction.

They’ve meticulously trained their staff on proper procedures for 101 errors. They keep the customer’s safety prioritized above all else, but the company also takes care of any potential ill will by demonstrating impeccable service, too.

Given these progressive, proactive steps, it’s no wonder that Disney is far and away the most popular theme park company in the business. They talk the talk about customer safety, but they also walk the walk.

MickeyBlog.com was “Coming to you LIVE” from Magic Kingdom on the afternoon of July 16, 2019. We began the live-stream right inside the entrance of Magic Kingdom Park. As we made our way into Tomorrowland the sunny skies turned an ominous gray. 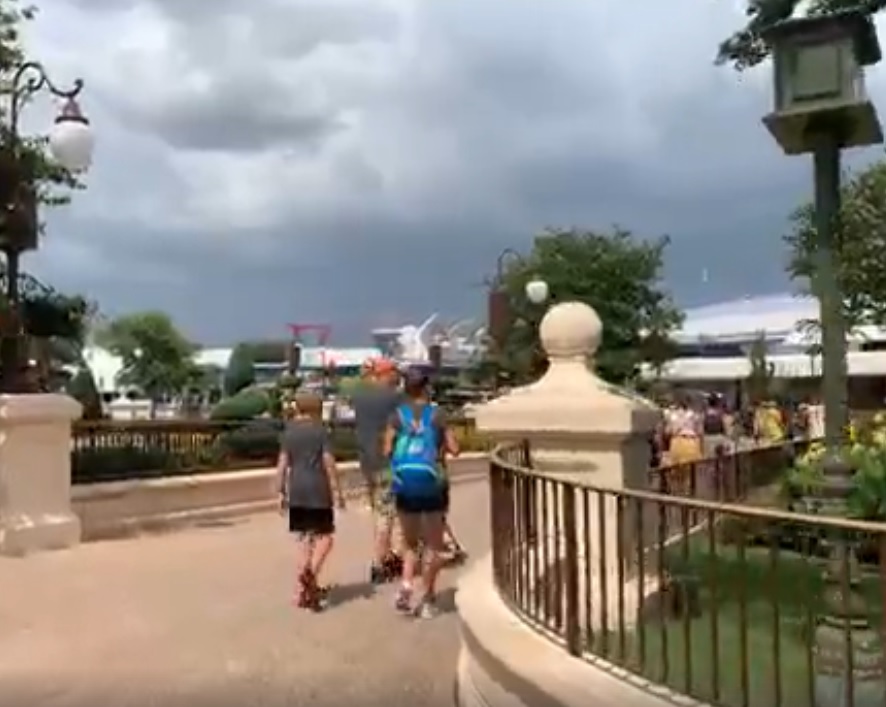 We quickly made our way over to The PeopleMover. As you’ll see in the video below, things didn’t go as planned. Due to the bad weather, The PeopleMover was one of several attractions inside Walt Disney World that broke down. Watch what happens as we are escorted off the ride, brought backstage, and rewarded with some FastPasses for our troubles.

All things considered, it was a fun and memorable experience and we were happy to take you along for the ride!