Remembering the Days of Olde

Hollywood: the glitterati haven of the west where dreams are made, broken, and built again. Talk to anyone who remembers when stars roamed the streets freely and movies were the talk of the nation and they will tell you tales of the fantastical days of yore, never to be experienced by anyone of our generation. Talk to a bright-eyed dreamer, and they will tell you of all that Hollywood has to offer in its future for young hopefuls. Talk to a Disney aficionado and the stories you’ll hear about Disney’s Hollywood Studios will likely be the same as the stories told of Hollywood itself. But what about now? What about the present? If you’re visiting Walt Disney World, is spending one of your precious days at Hollywood Studios worth it given all the construction taking place in and around the park?

Recently, Hollywood Studios has been known as ‘the park to skip’. With massive construction taking place inside the park, outside the park entrance, throughout the parking area, and on the roadways leading into the parking lots, the thought of spending a day in Hollywood seems like more of a headache than anything else. Pixar Land isn’t set to open until late summer; Star Wars Galaxy’s Edge is slated to open…but not until 2019. Oh, but Mickey’s Runaway Railway! Not so fast, construction is barely underway on the attraction that will infamously fill the vacancy left in the wake of Great Movie Ride’s closing. To make space to build these new attractions, more than a few park classics were closed, leaving the park as somewhat of a shell of its former self. Don’t seek refugee in one of the other theme parks just yet! Here are the top 5 reasons Hollywood Studios is still worth exploring.

Disney is known for offering live performances in mass quantities in all its theme parks, but in my opinion, Hollywood Studios is the best place to see top-notch live shows. There are pop-up performances happening each day throughout the park, so keep an eye out for those! Here are my top three favorite daytime shows offered at the park: 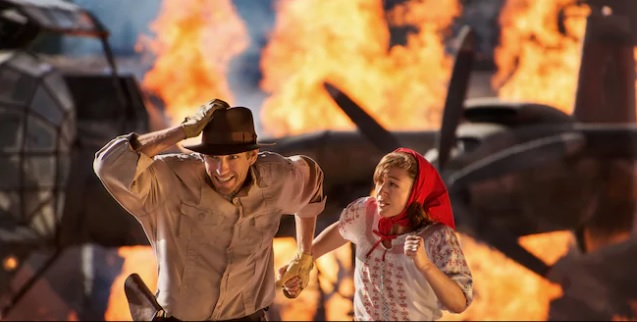 If you’re a thrill-seeker, Hollywood Studios will put a smile on your face fast, as the park is home to the fastest roller coaster in all of WDW. This attraction also boasts itself as the only roller coaster on WDW property to invert. That’s right, after launching you from 0-57mph in 2.0 seconds flat; this bad boy goes up-side down!

A word of warning: entering the grounds of the Hollywood Tower Hotel might just land you in…the Twilight Zone! The Tower of Terror is hands down one of my all time favorite attractions. Its impeccable themeing, great story, and impressive architecture keep you on your toes from the moment you see it looming at the end of Sunset Boulevard. If the pre-ride queue spooked you…just wait ‘till you’re hurdling 13 stories down an abandoned elevator shaft into the Twilight Zone! 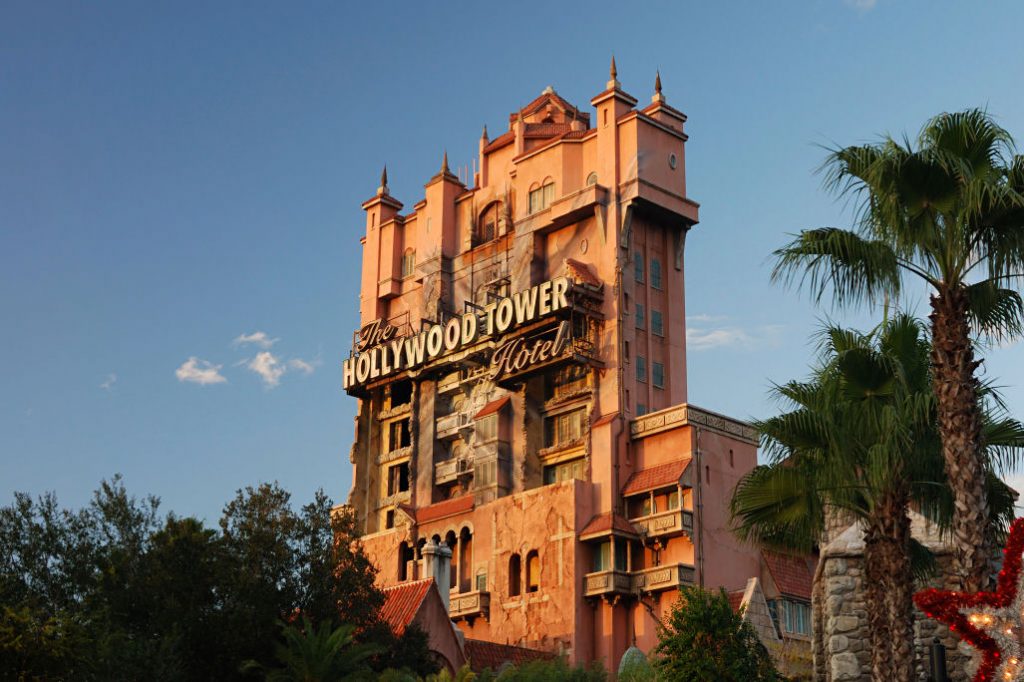 The force is strong at Hollywood Studios. Force-sensitive padawans like myself can feel it even from outside the gates, and its presence is growing ever-larger. Star Wars Galaxy’s Edge will doubtlessly aide in skyrocketing park attendance in 2019, but there are plenty of Star Wars offerings to experience today! Take a tour of the galaxy on Star Tours; meet BB8, encounter Kylo Ren, and see props and costumes from the films at Star Wars Launch Bay. Find a spot on the main street, and you can see Captain Phasma leading a menacing looking band of Stormtroopers in the March of the First Order.

Still not enough Star Wars for your liking? Stick around until park closing, where Star Wars: A Galactic Spectacular lights up the sky nightly!

As night falls on tinsel town make your way to Hollywood Hills Amphitheatre where you can dream along with Mickey and take a journey into his imagination! I have lots of Disney favorites, which is why I usually describe my top attractions and shows as ‘one of my favorites’. If you still aren’t convinced Hollywood Studios has enough to offer to fill a day, perhaps the next sentence will change your mind. Fantasmic! Is my favorite experience at all of Walt Disney World Resort. The show is chock full of pyrotechnics, water projections, live performers, classic music…and Mickey Mouse himself is the star! The show culminates in an unbelievable fusion of lasers, fireworks, original music, water elements, capping your day in an unforgettable explosion of excitement!