We are officially at the point in the year where “X shopping days until Christmas” is a small number. Yes, you should feel overwhelmed with yuletide joy right now, as well as constantly frustrated by the parking options at your local mall. While you’re checking your phone for a few holiday gift options, this seems like the perfect opportunity to bring you some cheery Disney news. Let us be your distraction while you wait in line to pay for your presents!

A New Resort Is Gonna Go WHERE???

Let’s start with a potentially blockbuster rumor from our friends at WDW News Today. Their sources have indicated that The Walt Disney Company plans to build a new resort. The how and why of this property aren’t the most interesting aspects. Instead, it’s the where.

Disney is apparently at least considering a new Epcot-based resort. While your mind might naturally wander to the back of the park where Disney’s Boardwalk Resort and Disney’s Beach Club Resort reside, you’re way off-base. Instead, WDWNT believes that Disney will construct the new resort right in front of Epcot! Yes, they may build a Future World hotel that accentuates rather than blocks Spaceship Earth.

How Disney will pull off that amazing feat of Imagineering remains to be seen, but the idea is amazing! Imagine staying at the hotel, waking up in the morning, getting dressed, walking out of the hotel lobby and straight up to the gates of Epcot! You would even get to skip all forms of transportation since you’re already there! Should you choose to go to Magic Kingdom instead, the direct monorail to the park (well, the Transportation and Ticket Center that you use to get to Magic Kingdom) is right there!

This addition could fundamentally change the way that people perceive Epcot visits. The convenience of immediate park access could make this new resort every bit as desirable as Disney’s Contemporary Resort! Please oh please let this rumor be true.

What’s the most irritated that I’ve been at Walt Disney World over the past couple of years? That answer is easy. While staying at Disney’s Beach Club Resort, we tried to rope-drop a ride at Frozen Ever After. As we prepared to turn right at World Showcase to head over to the Norway Pavilion, a cast member stopped us.

This person rather brusquely informed us that we would have to walk all the way around the World Showcase if we wanted to get on Frozen Ever After. It made no sense to us then, and my opinion hasn’t changed in the interim. We had to walk almost exactly a mile (according to my Fitbit) to reach our destination and by the time that we arrived, the wait was already 40 minutes. I was steamed.

I say all of this to note that Disney has recently solved the problem. They have now added FastPasses for Frozen Ever After starting at 9 a.m. Previously, the earliest availability was for 11 a.m. Due to this change, guests entering the World Showcase from the back entrance will no longer have to walk a mile to ride the attraction. Good on you, Disney…but where was this decision a few months ago when I looked like Anger from Inside Out? 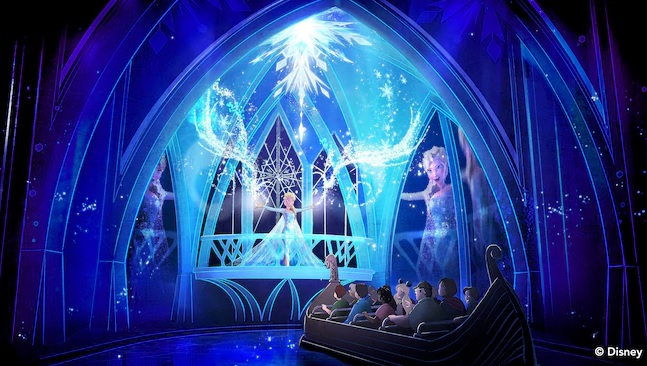 As you’ve noticed, Disney has chosen to remake all of the classic animated movies that you loved as a kid. The difference is that they’re now live-action releases using CGI technology to recreate the animation wizardry of Disney illustrators.

Films like Cinderella, The Jungle Book, and Beauty and the Beast have all done extraordinarily well, and Disney has lined up several inevitable blockbusters such as The Lion King. One of the most interesting projects is Mulan. Director Niki Caro is onboard to helm the project, which is fitting because her work on 2002’s Whale Rider was a huge influence on Disney’s 2016 blockbuster, Moana.

The big news this week is that Disney has finally cast Mulan. I say finally because they left no stone unturned in auditioning almost 1,000 actresses (!) on five different continents (I presume Antarctica was one of the exceptions, but I don’t know about the other one).

The new Mulan is Crystal Liu aka Liu Yifei, who is best known to North America audiences for her work in The Forbidden Kingdom, a moderate 2008 hit starring Jackie Chan. What helped her candidacy is that the director of that film, Rob Minkoff, also directed a little film called The Lion King. Liu is also helped by Disney’s prioritization of Chinese box office, where she is a true sensation. 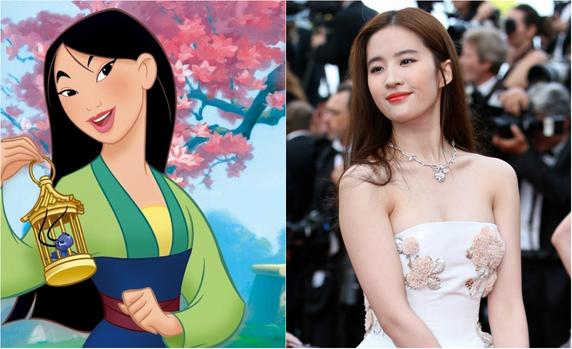 Liu’s latest film, Once Upon a Time, is one of the most successful Chinese releases of the year, and her passionate fans have nicknamed Liu “Fairy Sister,” which should play well in North America. Disney has huge expectations for Mulan, and it really could make Liu one of the most in-demand actresses in the entire world. If nothing else, she can always say that she beat out one thousand other actresses to get the part.

And while we’re on the subject of Disney’s global film successes, the company recently passed a huge milestone. They became the first movie distributor ever to earn $5 billion in three consecutive years. Disney’s latest blockbusters, Thor: Ragnarok and Coco, put the company over the top for 2017 box office.

What’s amazing about the current year is that Disney claims four of the nine most successful global earners this year. Those titles are Thor: Ragnarok, Pirates of the Caribbean: Dead Men Tell No Tales, Guardians of the Galaxy 2, and Beauty and the Beast. Another stunning fact about this run of box office dominance is that the highest profile Disney release of the year, Star Wars: The Last Jedi isn’t even out yet!

Finally, let’s talk about Disney restaurants to end this week’s news. The Walt Disney Company and some of its associates continued to receive glowing press this week. Two of the culinary champions at Disney Springs, The BOATHOUSE and Raglan Road, received acclaim from Open Table. The popular restaurant reservation app named them as two of the top 100 eateries for groups in the United States. So, the next time that you have a large party trying to figure out where to eat in Orlando, you know the best options. Of course, you should have already thought of The BOATHOUSE based on Mickeyblog’s glowing review.

Speaking of glowing reviews, you don’t know him by name, but you may be familiar with the haute cuisine of Theo Schoenegge.  He was once the head chef at Patina, the upscale event service restaurant at Walt Disney Concert Hall in Los Angeles. That place is classier than a man wearing a top hat, a monocle, and a tuxedo with tails. Schoenegge was the driving force in Patina’s earning a Michelin star.

His work with Patina naturally led the Patina Group to hire him for other projects. Schoenegge went on to become executive chef at Sinatra in Las Vegas. Suffice to say that a meal there could cost more than your mortgage, depending on the wine you order. While he was chef there, the restaurant earned 4 ½ stars from Zagat and became arguably the most popular upscale Italian restaurant on the strip.

Why should you care about any of this? Given the credentials above, you may not believe that you will ever sample his food due to issues of cost and logistics. Well, you’ll be pleasantly surprised to learn that Schoenegge was recently named the executive chef for a pair of Patina Group projects soon to open at Disney Springs.

MickeyBlog News previously discussed Maria & Enzo’s Ristorante and its accompanying bar, Enzo’s Hideaway Tunnel Bar. Well, Schoenegge is in charge of both joints, meaning that they’re going to be much more upscale in quality than originally expected. We’re talking about one of the finest chefs in North America running a tunnel bar at Disney Springs. You’re going to want to eat at both places during your 2018 visit. Both establishments are expected to open early in the year. Start planning your trip now by contacting one of the Mickey Travels experts.