The Best Job in the World

In his own words, John has “the best job in the world”. He reads the script and then imagines the colors, styles, architectures, textures- everything that people will see and touch in the film. Mary Poppins Returns presented a unique challenge in that there were two different worlds that the team had to create – the real world and the magical Mary Poppins world. The two worlds would then combine by the end of the film, specifically in the park scene. 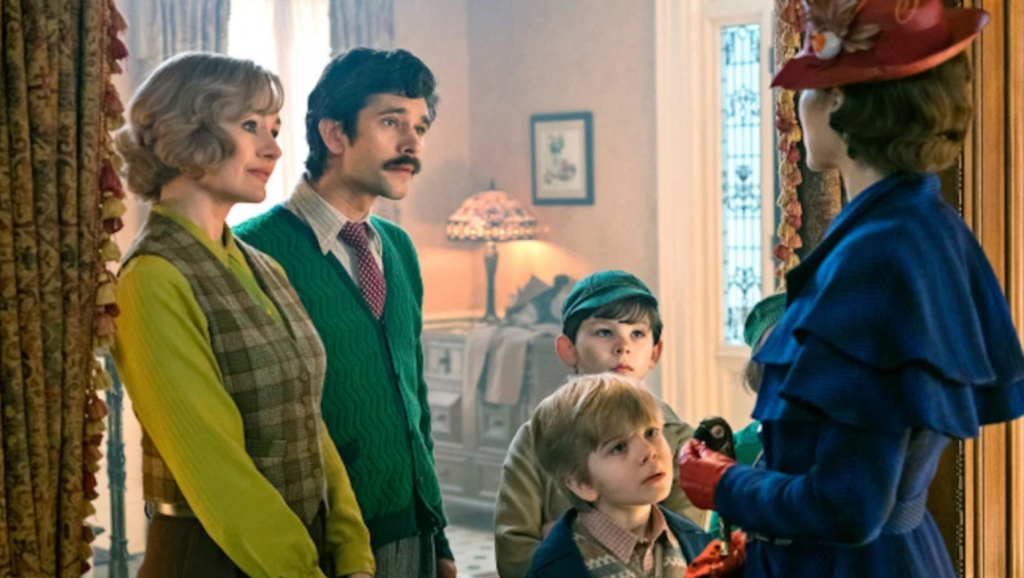 Everything we see in the film was on set for the film- tables, books, lampposts, etc. One set, in particular, was enough to compete with a Broadway production – the Royal Doulton Music Hall.

The crew was tasked with building an entire theatre set including the stage, proscenium, seating for the audience, walkways to get up and down from the stage. However, in order to create the animated look, a little trick was required. “If you can imagine seeing the most big, beautiful, amazing stage show you’ve ever seen on Broadway. With everything built, but it was all painted green. That’s what it looked like while we were filming.” 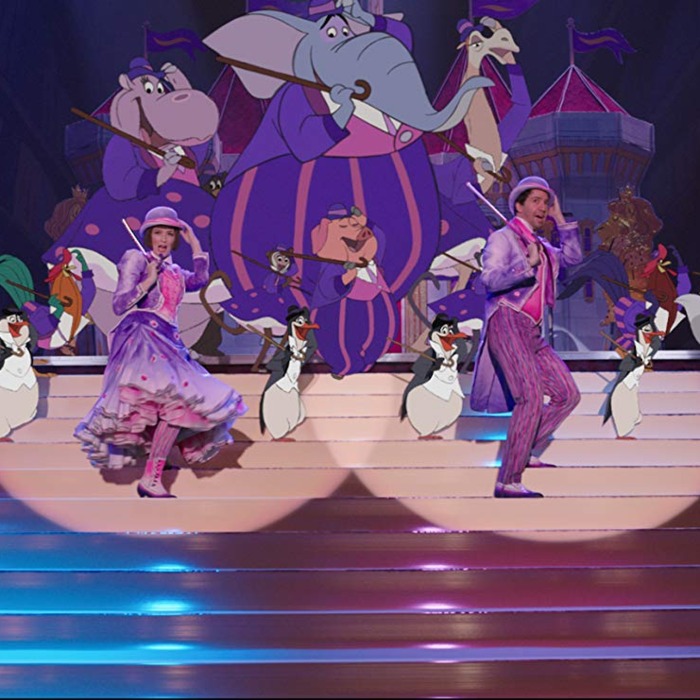 From there, the team worked very closely with an animation team. In fact, they had to pull animator’s out of retirement to work on this project- something that hadn’t been done in decades!

One of the best parts of creating Mary Poppins Returns was the day Dick Van Dyke arrived. John was able to walk him through the set and show him the desk he would be dancing on. Rob Marshall had a vision of Dick Van Dyke jumping up onto the desk and tap dancing.

Being mindful that it had been 50 years since Dick had appeared in a Mary Poppins film, John had created a secret set of stairs to help him walk up to the desk. Upon showing him the stairs, Dick Van Dyke looked him in the eyes and said, “John, take those stairs away!” So, John dragged the stairs away. 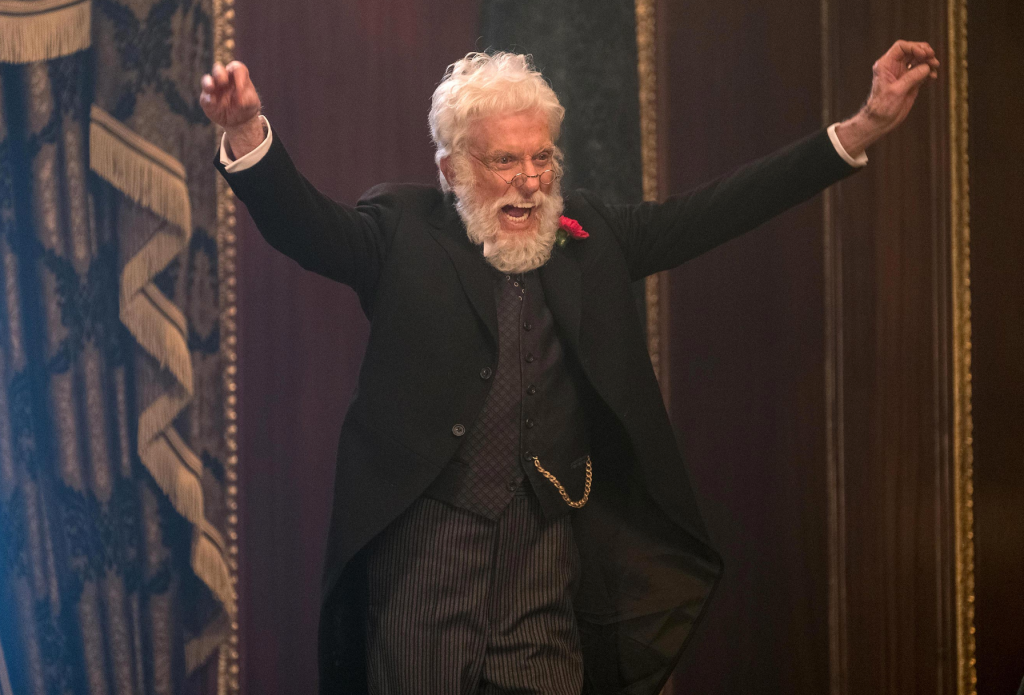 “A minute and a half later, we’re watching Dick Van Dyke throw the double doors open, act out the scene and then jump. JUMP up onto the desk and do a tap dance. Unbelievable!”

John shared an interesting tidbit during our conversation. Both John and Rob Marshall are avid Disney fans. The two of them began talking about Mary Poppins Returns over 10 years ago. However, before they began working on the hit film, the two teamed up and designed a Mary Poppins ride for Disneyland.  Will Disney build the ride? It is undetermined, but wouldn’t that be a magical addition to an already magical destination? 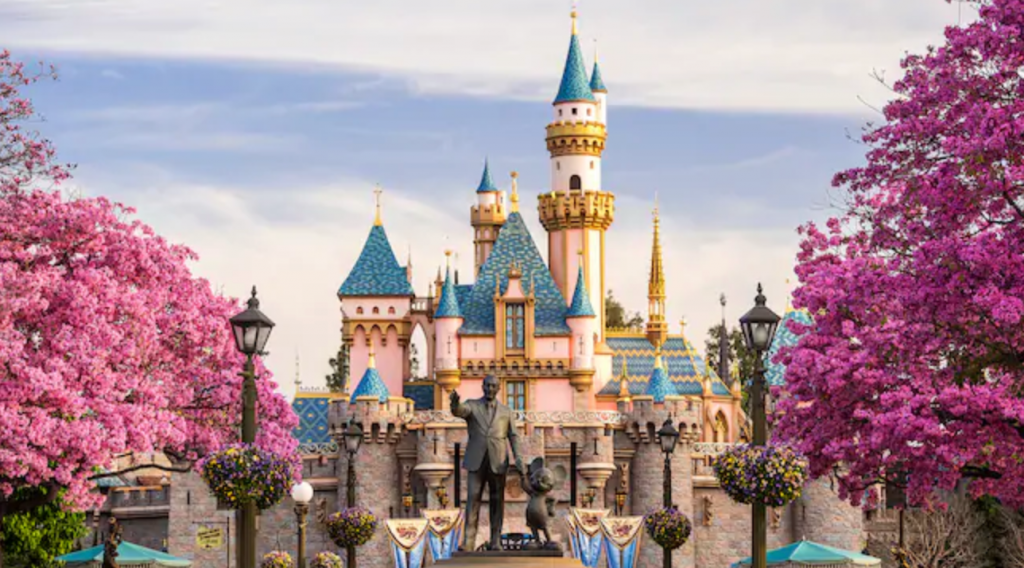 Listen to the full interview and hear more about John Myhre and his experience creating one of the most magical films of our time!

Looking to add a little more magic to your day? Contact me today to plan your Disney getaway and even meet Mary Poppins herself! In addition to a full range of complimentary planning services, I’ll make sure you get all of the best insider tips to make your Disney Vacation a dream come true! Simply fill out the form below, send an email to mnugent@mickeytravels.com, follow me on Facebook, or call (716) 601-7710 for more information. MickeyTravels is a Platinum-Level, Authorized Disney Vacation Planner.